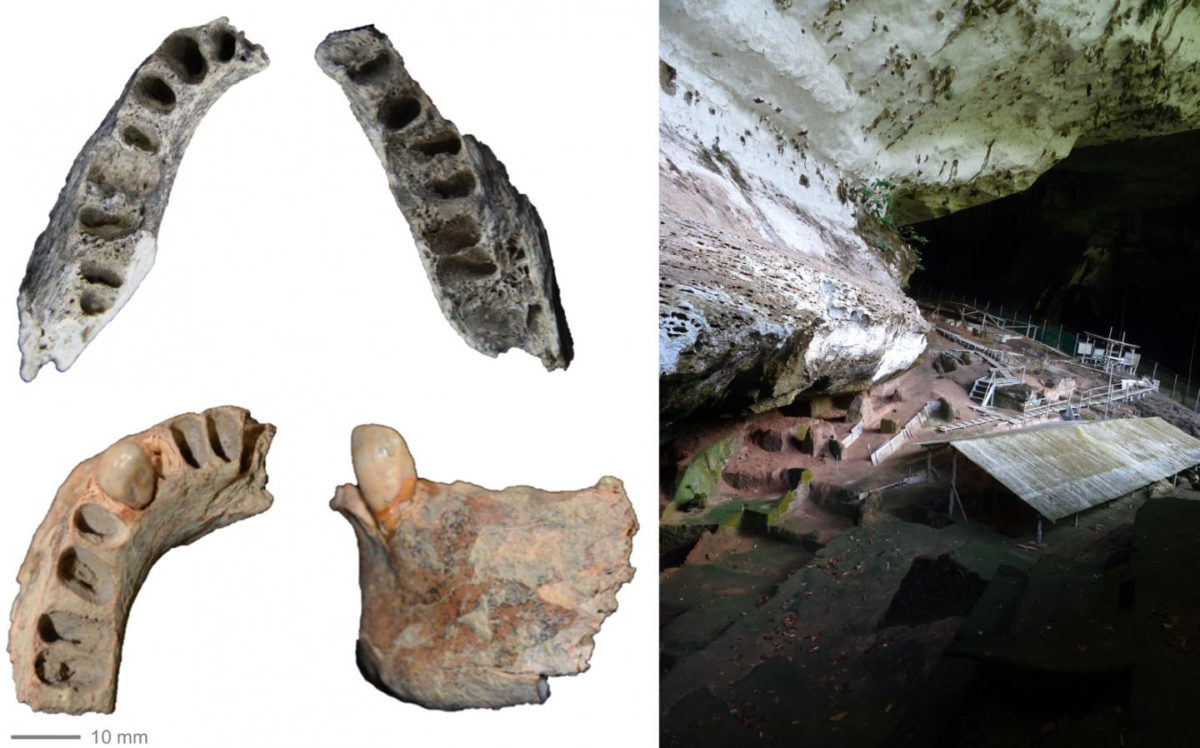 Three human mandibles may provide new insight into the diet of Late Pleistocene hunter-gatherers in Borneo, according to a study published June 6, 2018 in the open-access journal PLOS ONE by Darren Curnoe from the University of New South Wales, Australia, and colleagues.

Little is known about the early hunter-gatherer populations that lived in island Southeast Asia since human remains from the Late Pleistocene-early Holocene era are extremely rare. The Niah Caves in the northeast of Borneo have been identified as a promising archaeological site for learning about the early humans that dwelled in this region.

Curnoe and colleagues examined three human mandibles that were previously excavated from the West Mouth of the Niah Cave in 1957. Using Uranium-series dating techniques, the researchers estimate that one of the mandibles is 28-30,000 years old, while the other two are at least 11,000 and 10,000 years old, respectively. The oldest mandible of the three was smaller and more robust compared to other Late Pleistocene mandibles, and this may suggest that it was subject to strain that could have been caused by consuming tough or dried meats or palm plants, a diet that has previously been identified in the Niah Caves.

The researchers suggest that their study helps provide insight into the diet of ancient people living near tropical rainforests, a region which has been previously identified as facing economic difficulties. Through their potential consumption of raw plant foods and dried meats, the hunter-gatherer populations living in this region around the Late Pleistocene may have been adapting to their economically challenging environment.

“These early modern humans were seemingly adapted to a difficult life in the tropical rainforests with their very small bodies and ruggedly build jaws from chewing really tough foods,” says Curnoe. “They tell us a lot about the challenges faced by the earliest people living in island Southeast Asia.”