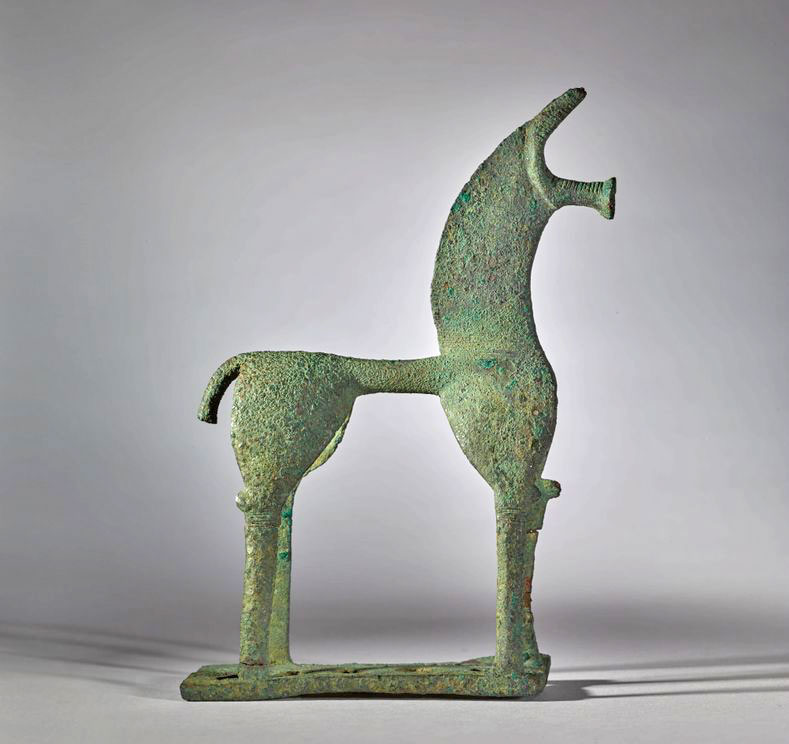 The Ministry of Culture is sued by Sotheby’s auction house

“The Ministry of Culture and Sports anticipates the notification of the lawsuit by Sotheby’s and the Howard and Saretta Barnet family and will take all necessary measures to protect the public interest”.

According to the Athens and Macedonian News Agency, the above was announced by the Ministry of Culture and Sports on the occasion of the article in the “Financial Times” that mentions among other things that Sotheby’s auction house sued the Ministry of Culture because it claimed an ancient Greek bronze statuette of a horse that was to be auctioned.

The article wrote that the lawsuit was filed on Tuesday in a New York court by the auction house and the work’s owners, the family of the late Howard and Saretta Barnet, who purchased the 14 cm high bronze statuette in 1973. It is thought to be the first time that an auction house has launched such an action against a government.

The statuette that dates from the 8th century BC has been given an estimate of 150,000 to 250,000 dollars and was to be auctioned by Sotheby’s in New York on May 14, along with other artefacts from the Barnets’ collection. In fact, it featured on the catalogue cover.

Always according to the article, on the day before the auction, the Greek Ministry of Culture sent a letter to the auctioneer demanding the statuette’s withdrawal and help in its return to Greece, since there is nothing in its archives to indicate the artefact “had left the country in a legal way” and it reserved “the right to take the necessary legal action” to repatriate it.