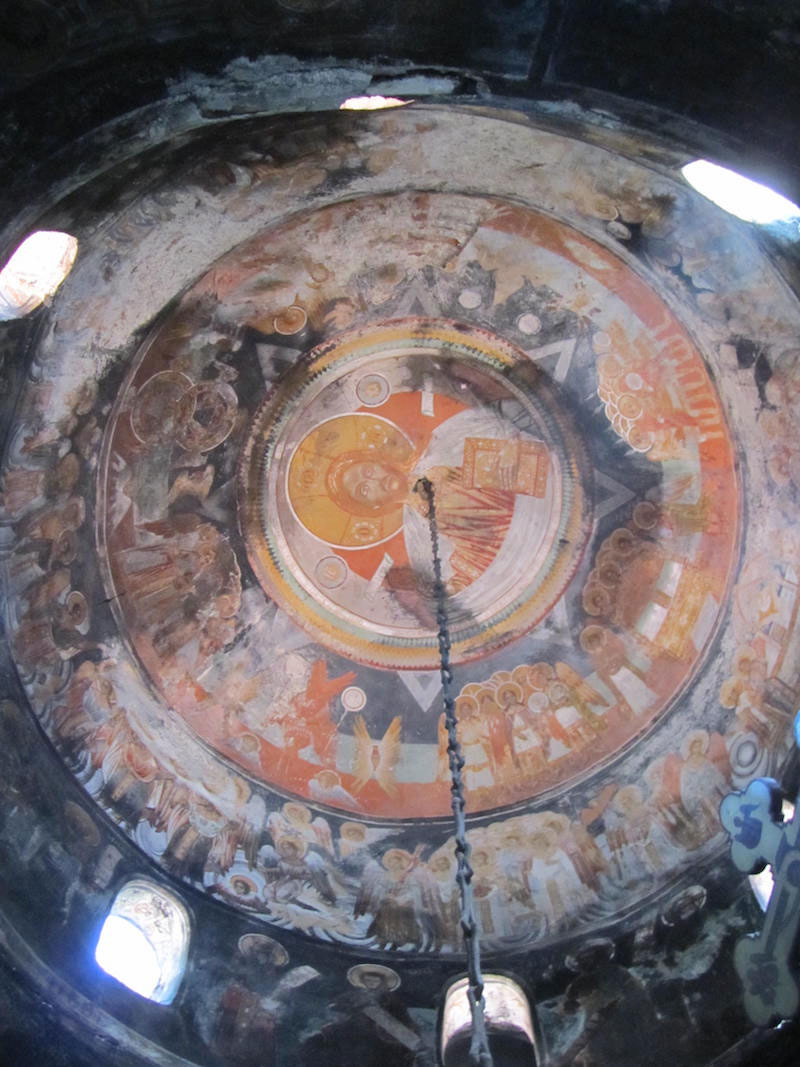 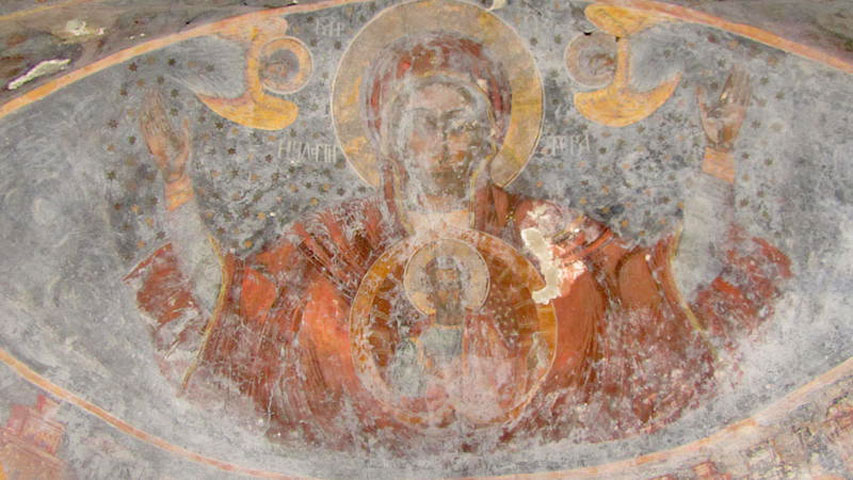 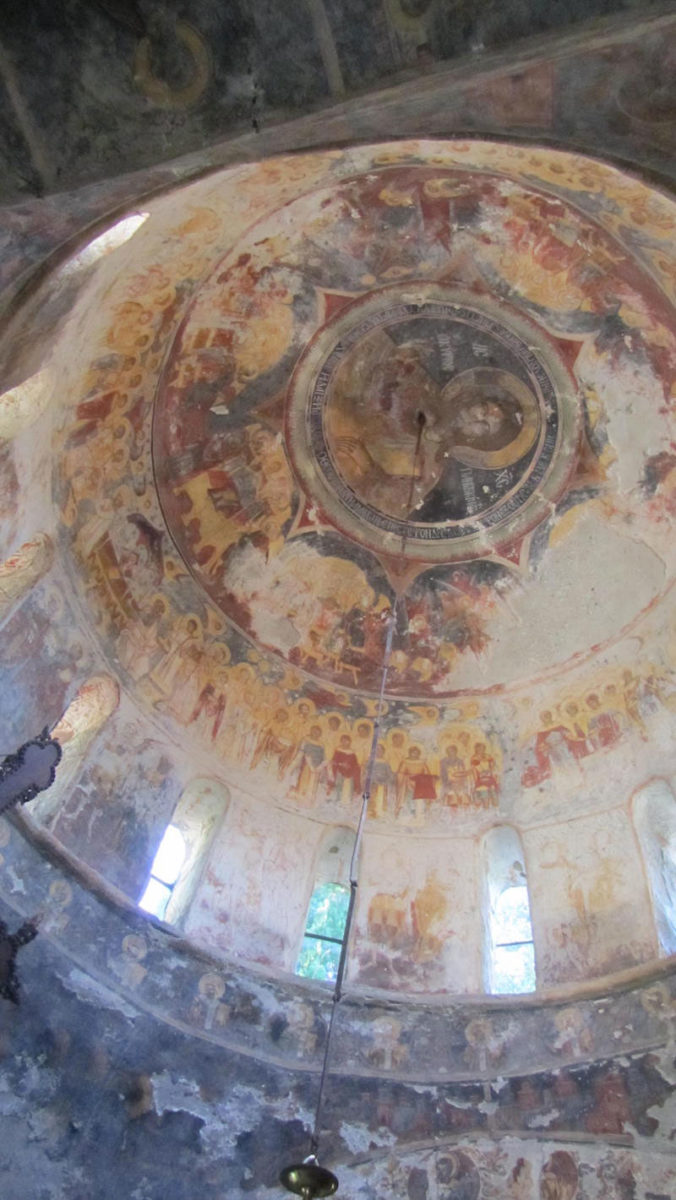 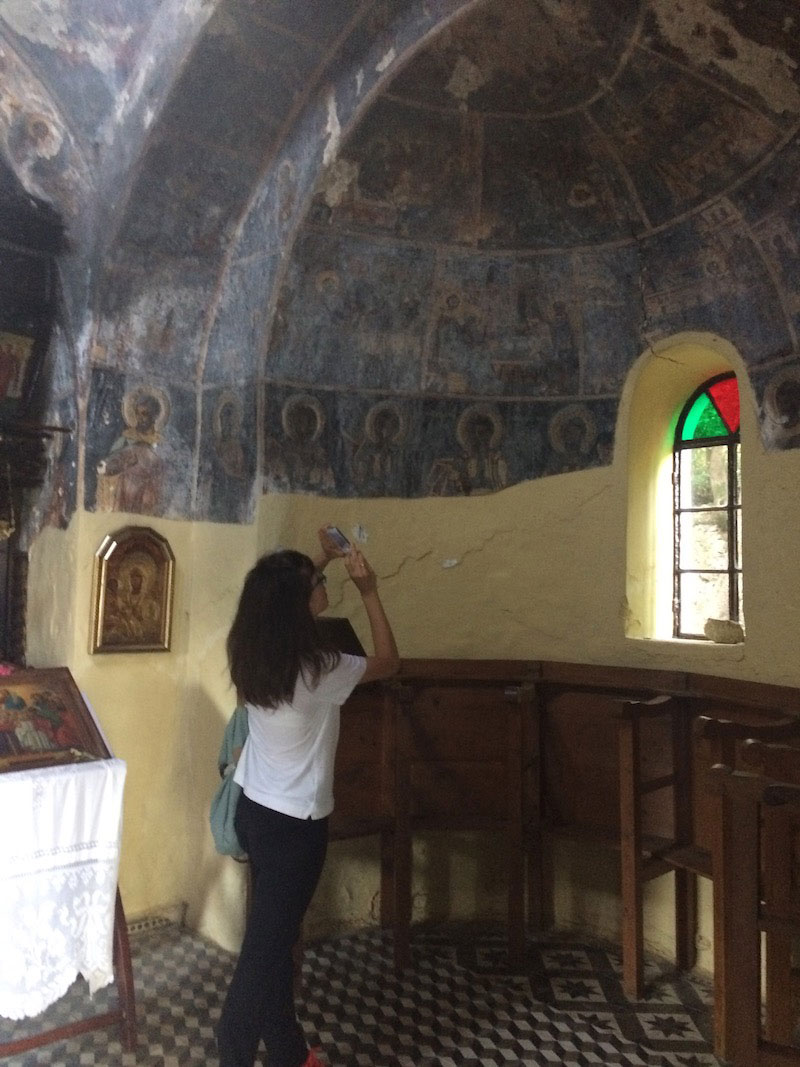 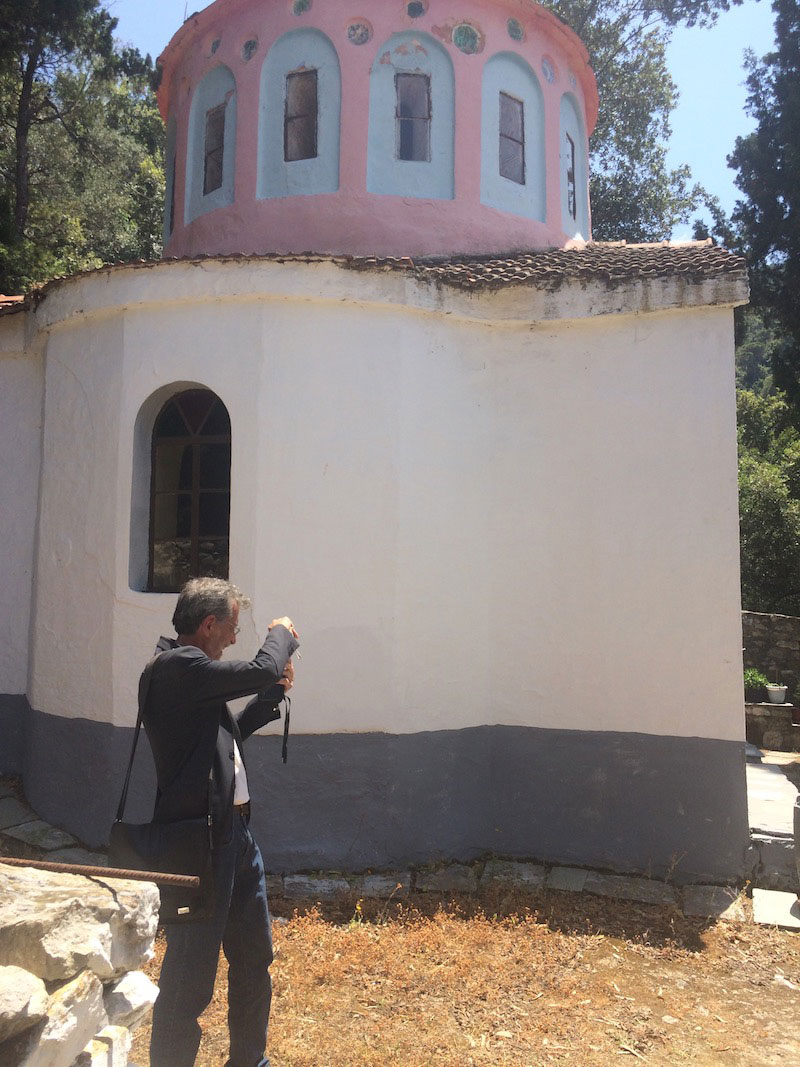 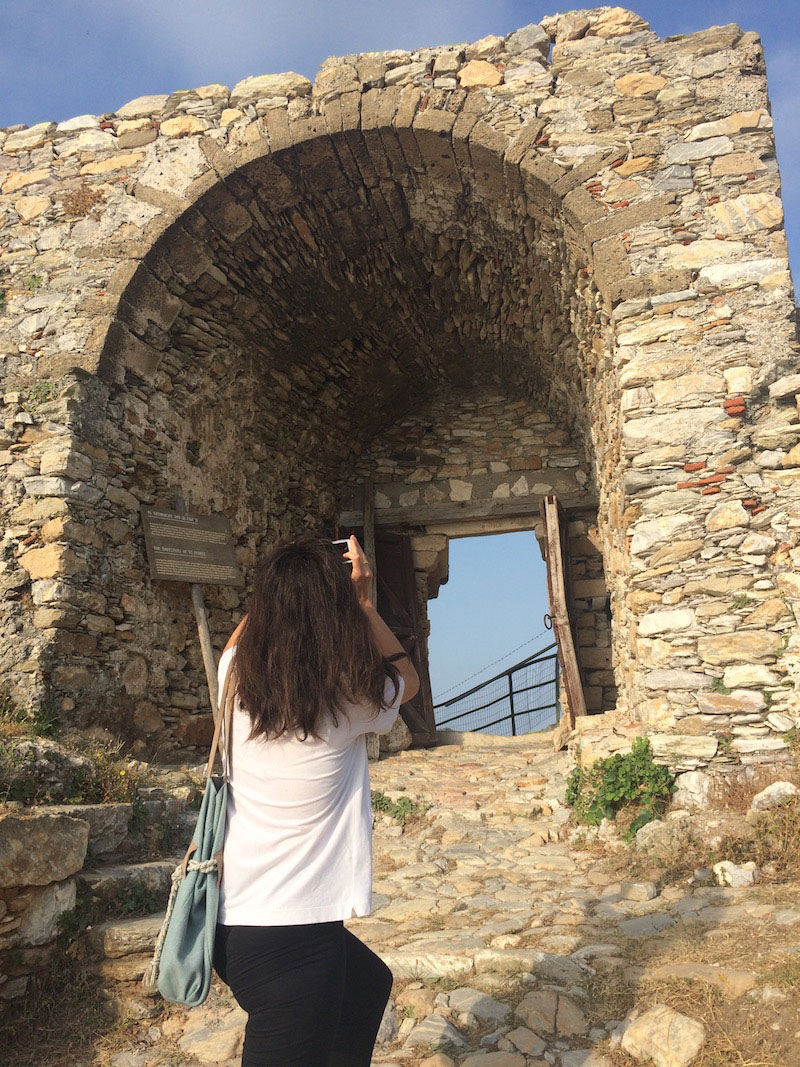 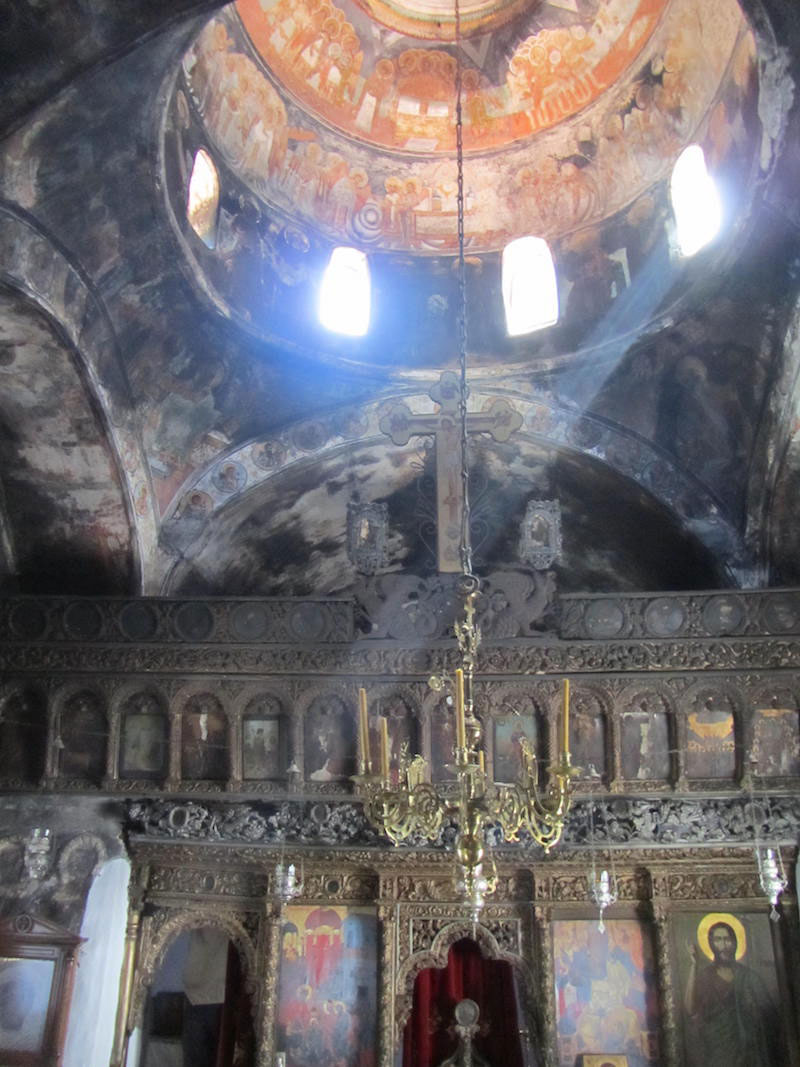 And of the Castle

The “Skiathos” Cultural Society has built a long standing collaboration with the Ministry of Culture and Sports. This was initially with the 7th Ephorate of Byzantine Antiquities and subsequently with the Ephorate of Antiquities of Magnesia and the Directorate of Conservation of Ancient and Modern Monuments, with the aim to preserve the katholikon churches of the Panaghia Kechria and Panaghia Iconistria Monasteries. As part of this collaboration, an autopsy of the above monuments was recently conducted by specialist conservators Yannis Pylouris and Apostolia Economopoulou of the Directorate of Restoration of Byzantine and Post Byzantine Monuments of the Ministry of Culture’s General Directorate for the Restoration, Museums and Technical Works, to collect data required for studies of their restoration. An autopsy was also conducted of the Castle for restoration plans to go ahead that have been approved by the Central Archaeological Council; some modifications, however, as proposed in December 2014 by the CAC are still unresolved.

Α chronicle of the collaboration and the steps taken

The conservation plans for the katholikon of the Kechria Monastery, regarding the wall paintings, the iconostasis and its icons, have been drαfted by the Ministry of Culture’s Directorate of Conservation with the initiative and support of the ‟Skiathos” Cultural Society and in collaboration with the Ephorate of Antiquities of Magnesia. Still pending is the restoration plan which is to be launched by the Ministry of Culture’s Directorate of Restorations.

The plans for the restoration and conservation (of wall paintings, iconostasis and its icons) of the katholikon of the Ikonistria Monastery were drafted with the support of the Society in collaboration with the 7th Ephorate of Byzantine Antiquities and approved by the CAC. Still pending is the modification of the restoration plan to be launched by the Ministry of Culture’s Directorate of Restorations.

It is worth noting that during the autopsies by the experts of the above monuments, work was done on securing the undercoat and the painted surface of the iconostasis’ portable icons, as well as rescue operations on sections of the wall paintings to fix parts of the painted surfaces where cracks and peeling were found.

Panaghia Kechria is a historic monastery of Skiathos and its greater area, designated a listed monument by the Ministry of Culture (Government Gazette 644Β΄/2-10-1965). It is dedicated to the Assumption of the Theotokos, belongs to the Holy Metropolis of Chalkis, Istiaia and the Sporades and is the dependency of the Holy Monastery of the Evangelistria, Skiathos.  The only building of the Monastery not destroyed and retaining its original form is the katholikon which belongs to the type of small single aisle, domed churches with side niches. The katholikon is full of 18th century wall paintings distinguished for their artistic quality and monumentality. The carved late 18th century wooden iconostasis is a fine work of art, made in accordance with post Byzantine iconostases in three sections with wood carvings in high relief. The icons on either side of the iconostasis door are exceptional and along with the door itself are kept in the Museum of the Annunciation of the Theotokos Monastery, Skiathos. The most distinctive among them is the “The Never Fading Rose” icon that depicts the Holy Mother and Child with the rose as her main symbol.

The Iconistria Monastery has been designated a listed monument by the Ministry of Culture. It was founded in the second half of the 17th century and is dedicated to the Presentation of the Theotokos who is the Patron Saint of Skiathos. It belongs to the Holy Metropolis of Chalkis, Istiaia and Northern Sporades and is the dependency of the Evangelistria Monastery, Skiathos. Τhe richly decorated church is an important painted assemblage of the 18th century (1741 on the inscription), distinguished for its artistic quality and monumentality. The finely carved wooden iconostasis, of the same period as the wall paintings, is one of the best surviving examples of its kind.