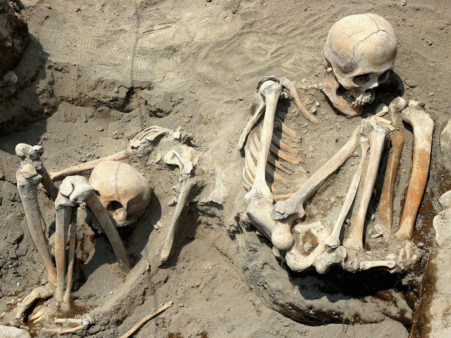 Two of fifty Pre-Hispanic human skeletons found by archaeologists at the Mexican National Institute of Anthropology and History in Chalco Valley, southwestern Mexico in 2005, dating back to the Aztec I phase.
- +
by Archaeology Newsroom
18 06 '18 08:50