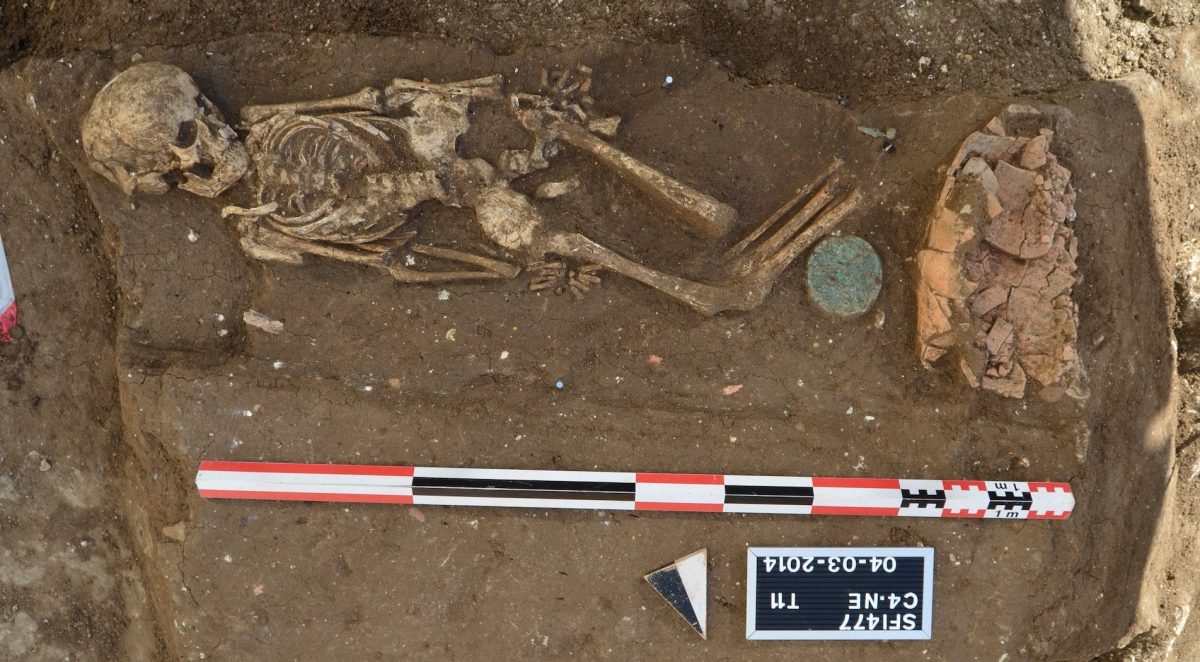 4,000 years of contact had little genetic impact in Near East

New study of the DNA of ancient skeletons

The Near East was a crossroad for the ancient world’s greatest civilizations, and invasions over centuries caused enormous changes in cultures, religions and languages. However, a new study of the DNA of ancient skeletons spanning 4,000 years has revealed that most of these changes had no lasting effect on the genetics of the local population of Beirut.

Whilst the invasions and conquests may have been revolutionary for the elite rulers, researchers at the Wellcome Sanger Institute, University of Birmingham, French Institute of the Near East in Lebanon and their collaborators found only three time periods that had any impact on the long-term genetics of the ordinary people. These were the beginning of the Iron Age, the arrival of Alexander the Great, and the domination of the Ottoman Empire.

Reported today (28 May) in the American Journal of Human Genetics, the study shows the value of using genetics alongside archaeology to help understand what could be happening in the lives of ordinary people throughout history.

Over the centuries, the Levant has had many different rulers, including the Egyptians, Babylonians, Assyrians, Persians, Greeks, Romans, Crusaders, Arabs, and Ottomans. Most of these had permanent cultural effects on the local population, including changes to religion and even languages, as shown by the historical records and archaeological findings.

However, despite this, previous research showed that present-day local people in Lebanon were mainly descended from local people in the Bronze Age (2100-1500 BCE), with 90 per cent of their genetic make-up coming from around 4,000 years ago, and very few lasting traces of even the Crusaders invasion around the 11th-13th c.

To understand this potential contradiction and build a picture of the genetic history of ordinary people in the region, the researchers studied the DNA of ancient skeletons through 4,000 years. The team sequenced the genomes of 19 ancient people who lived in Lebanon between 800BCE and 200CE, and by combining with previous ancient and modern data, created an 8-point time line across the millennia.

Scientists detected lasting genetic changes in the local people from just three time periods — during the beginning of the Iron Age (about 1,000 BCE), the arrival of Alexander the Great (beginning 330 BCE), and the domination of the Ottoman Empire (1516 CE) — but not from the other times.

Dr Marc Haber, first author from the University of Birmingham and previously from the Wellcome Sanger Institute, said: “We revealed a genetic history of the area across 4,000 years, with a time-point approximately every 500 years. This showed us that despite the huge cultural changes that were occurring during this period, there were only a few times that the genetics of the general population changed enough to affect the ordinary people.”

The study revealed that some people did mix and form families with people from other cultures. One burial site was found to contain the remains of an Egyptian mother, and her son whose father had Egyptian and Lebanese ancestry. However, this cosmopolitan mixing did not seem to be widespread.

Historical evidence is based on archaeological findings and written records, but these are biased towards the elite rulers and people with money and influence, as they have far more resources and write the history. It can be difficult to understand the lives of the ordinary people.

Dr Joyce Nassar, an author on the paper and archaeologist from the French Institute of the Near East, Lebanon, said: “This study is really exciting, as the genetic evidence is helping us to interpret what we find. Some people might think that when a land was invaded, that the population would change. But this study shows it isn’t that simple, and reveals there was only limited biological mixing, despite the cultural and political influence of the invasions.”

The skeletons came from four archaeological excavation sites in Beirut, which were discovered during building projects in the Lebanese capital city and rescued by the Directorate General of Antiquities. The archaeologists and researchers then worked together to transfer the bones to a laboratory in Estonia dedicated to ancient DNA, where the surviving ancient DNA was extracted from the temporal bone in the skulls. The DNA was then sequenced and analysed at the Sanger Institute. Recent advances in DNA extraction and sequencing technology made studying the ancient and damaged DNA possible.

Dr Chris Tyler Smith, senior author on the paper and previously from the Wellcome Sanger Institute, said: “We see that people like the Egyptians and the Crusaders came to Lebanon, lived, raised families and died there. Their DNA sequences reveal this, but a little while later, there may be no trace of their genetics in the local population. Our study shows the power of ancient DNA to give new information about the human past, that complements the available historical records, and reveals the benefits of archaeologists and geneticists working together to understand historical events.”