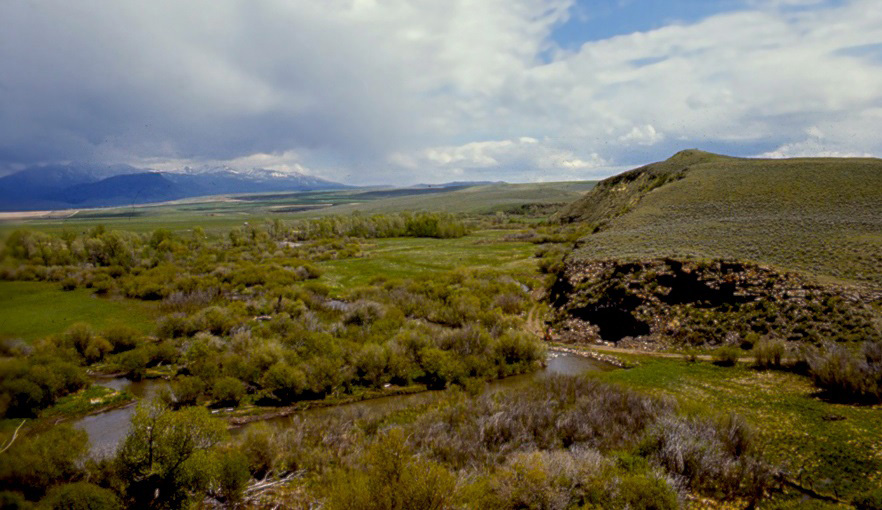 Scientists have shown that at the Anzick site in Montana – the only known Clovis burial site – the skeletal remains of a young child and the antler and stone artifacts found there were buried at the same time, raising new questions about the early inhabitants of North America, says a Texas A&M University professor involved in the research.

Michael Waters, director of the Center for the Study of the First Americans and colleagues from the University of Oxford and Stafford Research of Colorado have had their work published in the current issue of PNAS (Proceedings of the National Academy of Sciences).

The main focus of the team’s research centered on properly dating the Anzick site which is named after the family who own the land. The site was discovered in 1968 by construction workers, who found the human remains and stone tools which include Clovis spear points and antler tools. It is the only known Clovis burial site and is associated with Clovis stone and antler artifacts.

“One thing that has always been a problem has been the accurate dating of the human remains from the site,” explains Waters.

“The human remains yielded a younger age that was not in agreement with the ages from the antler artifacts which dated older than the human remains. If the human remains and Clovis artifacts were contemporaneous, they should be the same age.” To resolve the issue, the team used a process called Specific Amino Acid Radiocarbon Dating, which allows a specific amino acid, in this case hydroxyproline, to be isolated from the human bones.

“This amino acid could only have come from the human skeleton and could not be contaminated,” Waters adds.

“The other previous ages suffered from some sort of contamination. With the new method, we got very accurate and secure ages for the human remains based on dating hydroxyproline. As a test, we also redated the antler artifacts using this technique.”

The results prove that both the human remains and antler Clovis artifacts are of the same date.

“The human remains and Clovis artifacts can now be confidently shown to be the same age and date between 12,725 to 12,900 years ago,” Waters notes. “This is right in the middle to the end of the Clovis time period which ranges from 13,000 to 12,700 years ago.

“This is important because we have resolved the dating issues at the site. Some researchers had argued that the human remains were not Clovis and were younger than the Clovis artifacts, based on the earlier radiocarbon dates. We have shown that they are the same age and confirmed that the Anzick site represents a Clovis burial.”

While not the earliest inhabitants of the Americas, Clovis is the first widespread prehistoric culture that first appeared 13,000 years ago. Clovis originated south of the large Ice Sheets that covered Canada at that time and are the direct descendants of the earliest people who arrived in the New World around 15,000 years ago. Clovis people fashioned their stone spear tips with grooved, or fluted, bases. They invented the “Clovis point,’ a spear-shaped weapon made of stone that is found in Texas and other portions of the United States and northern Mexico, and these weapons were used to hunt animals

The researchers say the findings will also help geneticists in their estimates of the timing of the peopling of the Americas because the Anzick genome is critical to understanding early settlements and the origin of modern Native peoples.