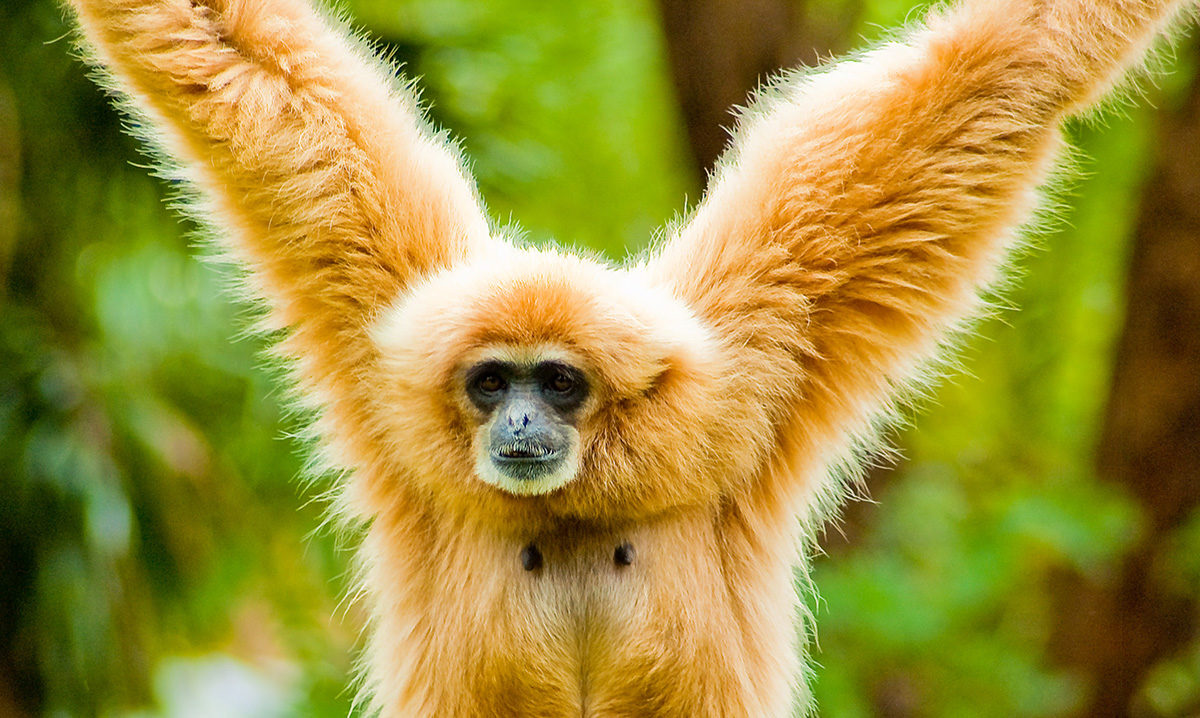 A new genus and species of gibbon has been identified in the most unexpected of places – interred in the tomb of an ancient Chinese noble-woman.

The remains of this now extinct Holocene gibbon represent the first documented evidence of ape extinction following the last ice-age, and according to this report by Sam Turvey et al., the gibbon may have also been the first to vanish as a direct result of human activity; the findings thus challenge the notion that ape species haven’t been rendered extinct by humans, throughout time.

The remains of the gibbon were discovered amidst the grave-menagerie of an approximately 2200-2300 year-old tomb in in the ancient capital city of Chang’an, in modern Shaanxi China.

At the time, gibbons were perceived as ‘noble,’ and also kept as high-status pets. The tomb in which the remains were found – and perhaps the gibbon itself – may have belonged to Lady Xia, the grandmother of China’s first emperor. Consisting primarily of a partial facial skeleton, the mysterious gibbon’s remains were compared to known living and extinct hylobatids.

Their gibbon, which the authors named Junzi imperialis, is a new genus and species, the authors say, based on detailed analyses of cranial and dental measurements. Their results suggest that until recently, eastern Asia supported a previously unknown, yet historically extinct population of apes, and, too, that human-caused primate diversity loss in the past may be underestimated.

Historical accounts describe gibbons being caught near Chang’an into the 10th century and inhabiting Shaanxi Province until the 18th century. These recent accounts may represent other undescribed, now extinct, species.