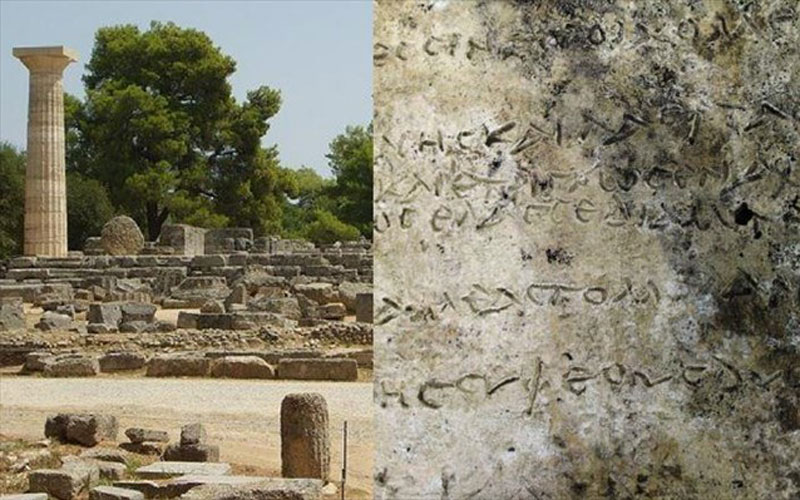 Clarifications on the clay tablet with lines from the Odyssey

Official announcement by the research team of Ancient Olympia

Following the great publicity given to the recent announcement of the discovery in Oympia of the clay tablet with lines from the Odyssey, the research team proceeded to make clarifications so as to avoid any misinterpretations.

Among other things, the announcement stated that: “It is the first time a passage from the Odyssey is discovered on a clay tablet while the research team is exploring the possibility that it is the oldest text of  the Homeric epic poems to have been found in Greece (apart from shards with 1-2 lines)”.

Below is the full text of the announcement:

“Following the press release issued by the Hellenic Ministry of Culture and Sports and after the great publicity caused by the recent announcement of the discovery of the clay tablet in Olympia with lines from the Odyssey, we believe it is necessary to make some clarifications that will prevent the creation of distorted impressions and misinterpretations.

“It is undoubtedly a great discovery, particularly moving for archaeological research and the history of the place. The inscription on the clay tablet found at a site with Roman remains a short distance from the Sanctuary of Olympia, preserves the first 13 lines of Book 14 of the Odyssey and according to data collected so far by the research team, it is the oldest surviving passage of these lines, certainly of lines 1-8, and also of lines 9-13, so long as the preliminary-dating of the inscription is confirmed.

“Also, from the data so far, it is the first time that a passage of the Odyssey is found on a clay tablet, while the research team explores the possibility that this is the oldest text of Homeric epic poems found in Greece (apart from shards with 1-2 lines).

“All the above stress the great importance of the find and its uniqueness as archaeological, epigraphic, literary and historical evidence. However, we should again mention our reservation already expressed in the first announcement that all the above constitute a first estimation and not the inscription’s final publication, which will follow in a due course”.

On behalf of the research team: Dr. Erofili-Iris Kolia, director of the Ephorate of Antiquities of Ilia in collaboration with professors Franziska Lang, Birgitta Eder, Andreas Vött and Hans-Joachim Gehrke of the German Archaeological Institute and the universities of Darmstadt, Tübingen and Frankfurt am Mainz.