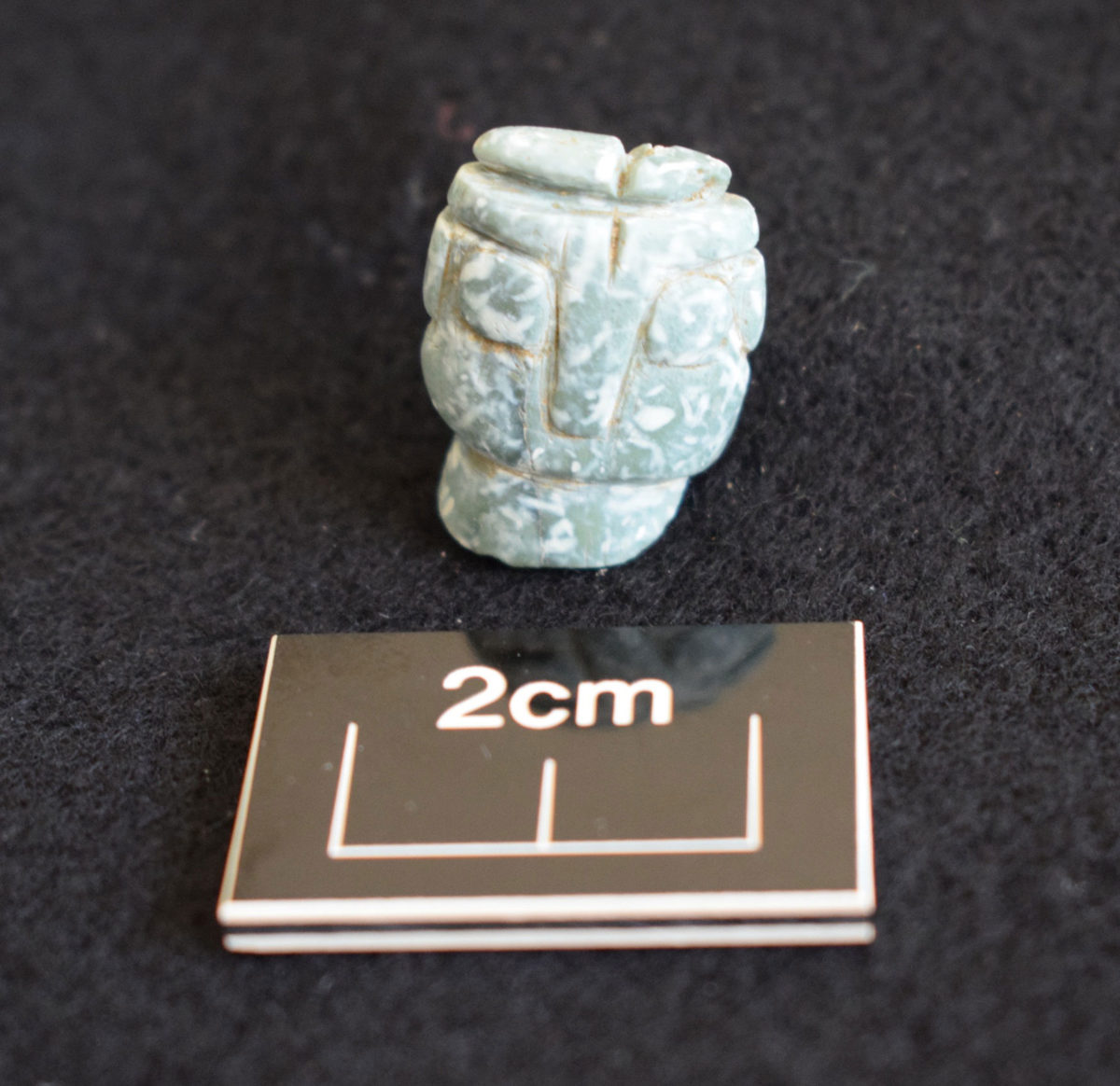 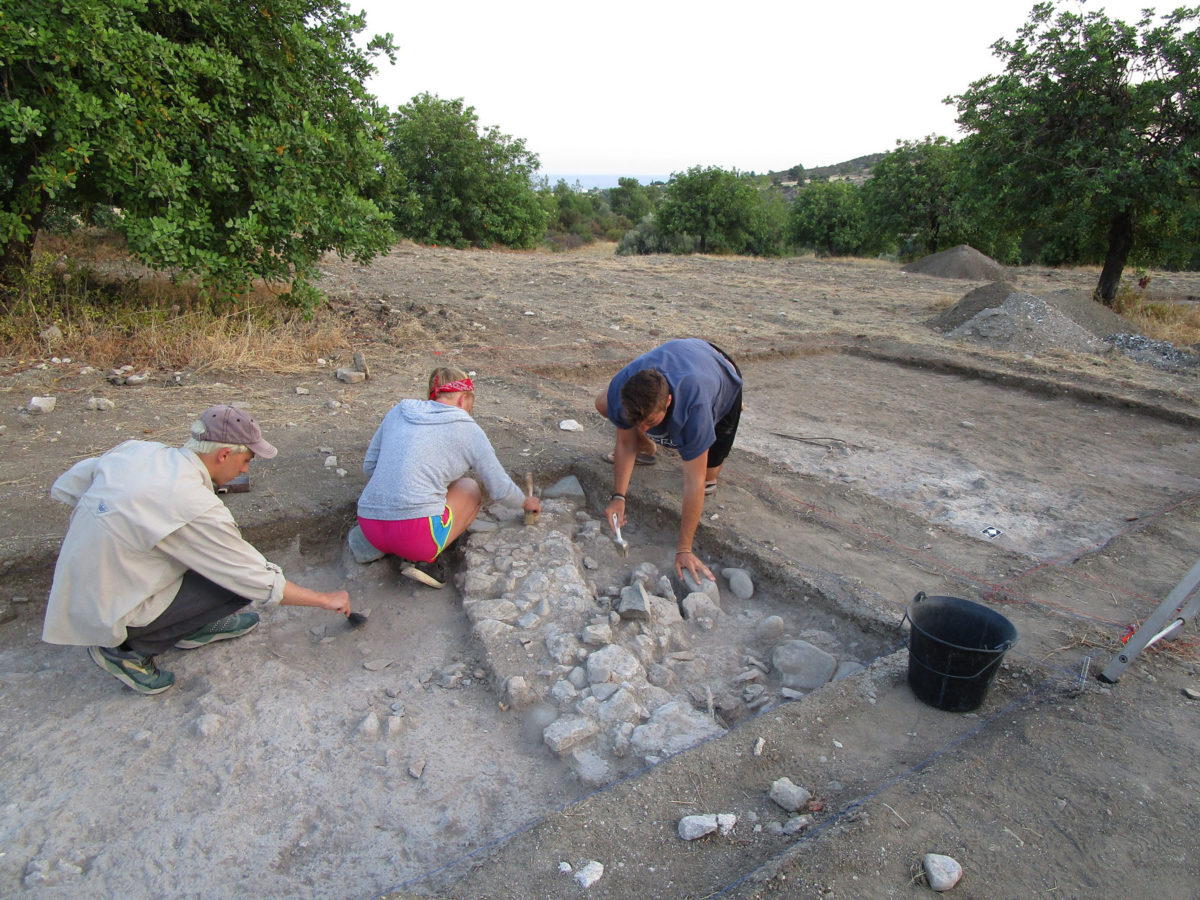 Under the direction of Dr. Kathryn Grossman

The goal of the 2018 season at Makounta was to test the results of an archaeological survey conducted in 2017 when a non-intrusive investigation of the site was conducted. This included surface collection and study of artifacts, geophysical prospection (ground penetrating radar and magnetometry), and a spatial and topographical analysis through the use of Geographic Information Systems (GIS) modelling and DGPS data collection. Using this data, a series of trial trenches were excavated in 2018 in order to test whether intact ancient remains lay beneath the surface. The results of the 2018 investigations confirm that the site is rich in Chalcolithic and Bronze Age remains, including intact architecture that appears to date to the Late Chalcolithic period.

Two main areas have revealed prehistoric occupation: Area A, located in an area of cultivated fields with sparse carob trees. The remains in Area A show signs of probable Chalcolithic domestic architecture, including part of a roundhouse, as well as what seems to be a fire installation- possibly a kiln or a large oven. In another part of Area A, excavations revealed a large stone feature whose function is still unknown but that seems to date to the Early-Middle Chalcolithic period. Finally, a series of small stone tools, including chisels, axes and adzes, recovered together in another part of Area A, may indicate that specialised woodworking activities were taking place at the site. In Area C, a portion of another roundhouse was revealed. The building included plaster surfaces, a plaster platform, and a pit in which tools for making flaked stone tools had been stored. Heavy ploughing has damaged or destroyed the upper levels of this building, but the architectural plan and some of the building’s contents are still visible. In another trench in Area C, a fragment of a picrolite figurine was found, carved in the typical Middle Chalcolithic style.

The Makounta-Voules Archaeological Project represents one of the first major excavations of a prehistoric site in the Polis Chrysochous region and as such provides important information on a poorly understood part of the island’s history. Possible evidence for the production of ceramics, metal objects, wooden items, and picrolite figurines provides some clues as to how the prehistoric inhabitants of this area subsisted and interacted with other communities. The 2018 excavation season has produced a tantalizing glimpse into the lives of these early communities and has demonstrated the potential of the Makounta-Voules site. Future seasons are anticipated to help better understand the prehistory of this understudied part of the island.