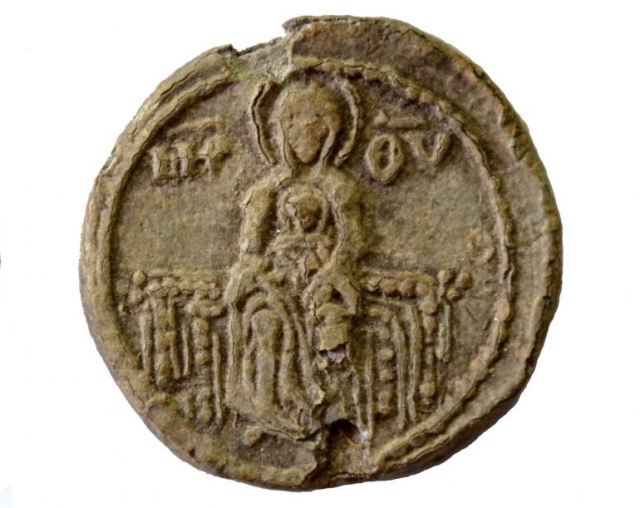 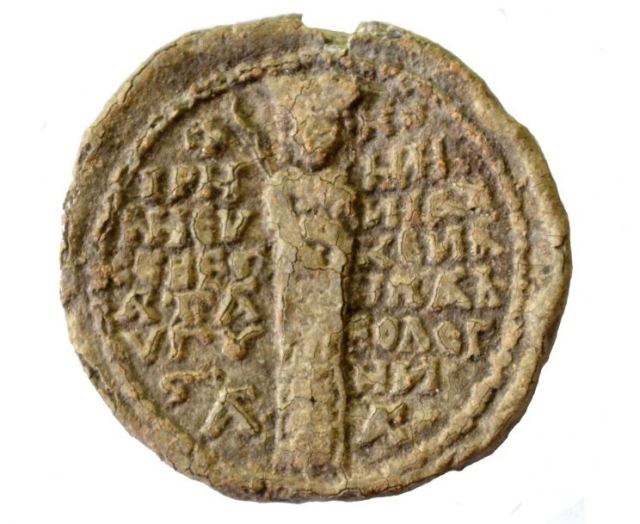 Seal of Empress Irene of the Byzantine Empire found

Archaeologists found a lead seal of Yolande of Montferrat, Empress Irene of the Byzantine Empire, the second wife of Byzantine Emperor Andronicus II Palaeologus (r. 1282 – 1328), during excavations in the medieval Bulgarian fortress Lyutitsa near the town of Ivaylovgrad.

According to the announcement of the National Museum of History in Sofia, this is the first seal of Byzantine Empress Irene (Yolande of Montferrat) to be discovered in Bulgaria, and the third known such seal overall. The other two are kept in the British Museum in London.

“The find is extremely valuable and shows that Lyutitsa was an important [medieval] Bulgarian city, whose governors had correspondence even with the rulers of the largest medieval states,” Bulgaria’s National Museum of History says.

Lyutitsa, located in the Eastern Rhodope Mountains, is one of the best preserved medieval fortresses. It changed hands between Bulgaria and Byzantium a number of times.

Other discoveries made in recent years in Lyutitsa are an 11th century vessel for the distillation of rakia (fruit brandy drink popular in Bulgaria and other Balkan countries), a well-preserved bulla of a Byzantine general named Demetrius etc.

Both sides of Yolande of Montferrat’s seal feature her name as Empress Irene of Byzantium. One side depicts the Byzantine Empress herself, and the other side shows the Holy Mother of God (Virgin Mary) with baby Jesus Christ.

Yolande of Montferrat was born in 1274 in the March of Montferrat (also known as Margraviate or Marquisate of Montferrat) in Northern Italy, a state of the Holy Roman Empire which became the Duchy of Montferrat in 1576. She was Empress of Byzantium in 1284 – 1317.

In 1284, the 10-year-old Yolande of Montferrat was married to the widowed Byzantine Emperor Andronicus II Palaeologus. She converted to Eastern Orthodox Christianity, and adopted the name Irene.