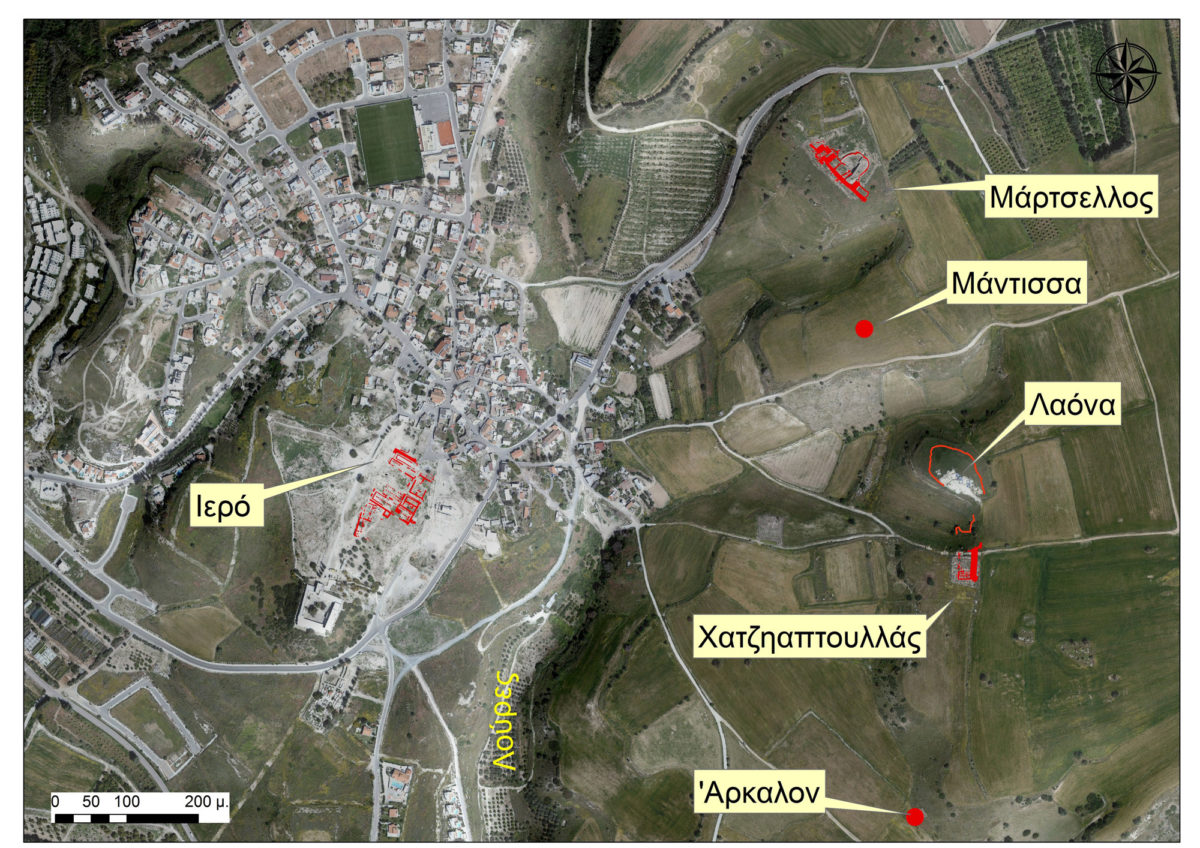 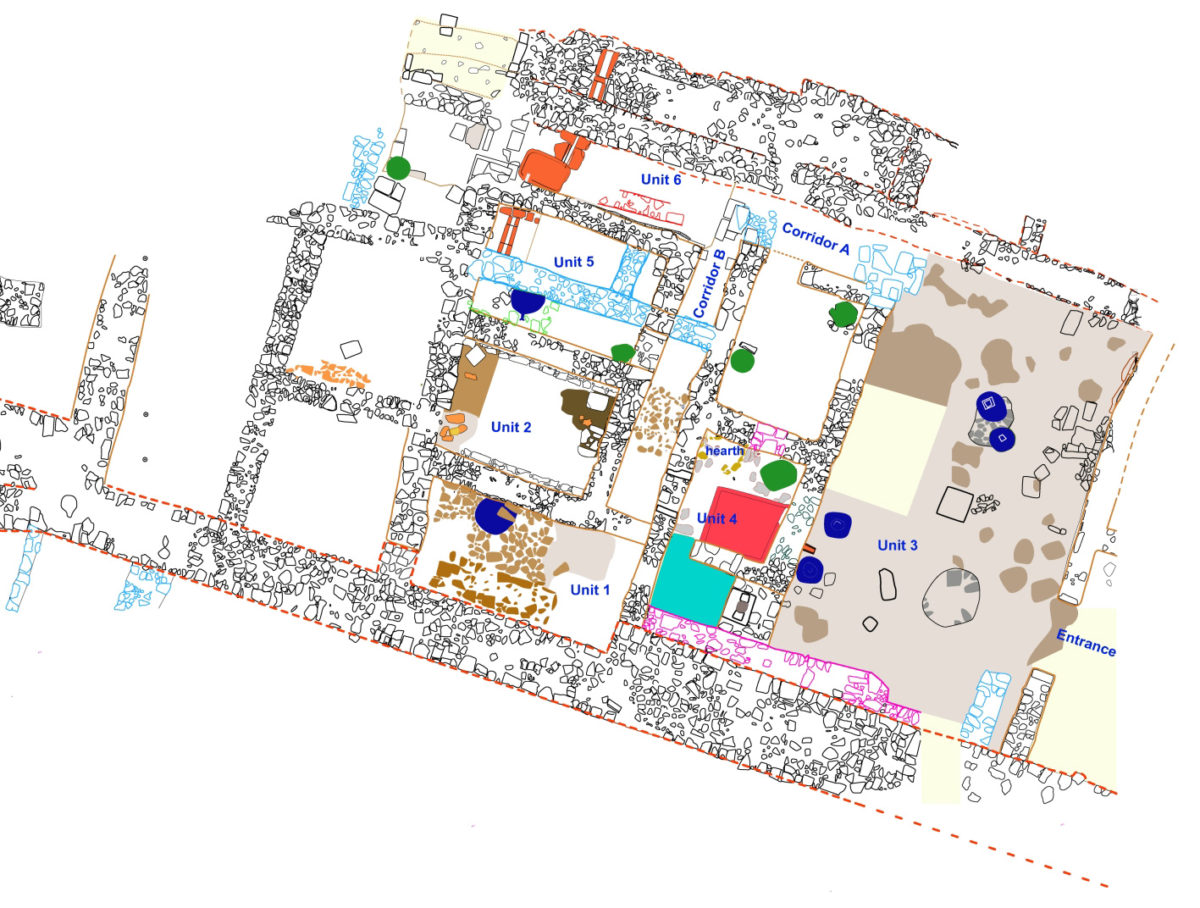 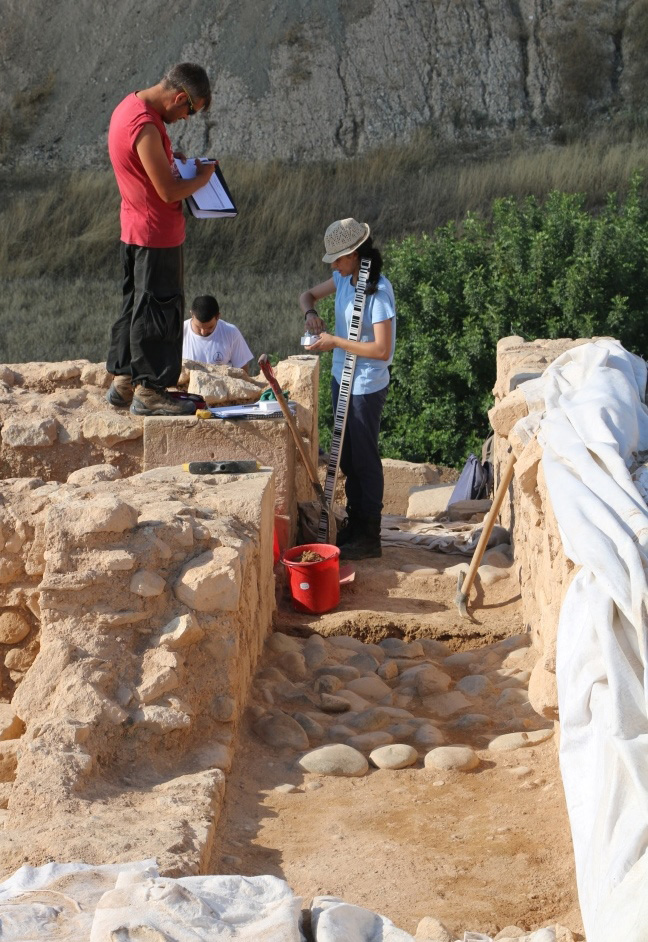 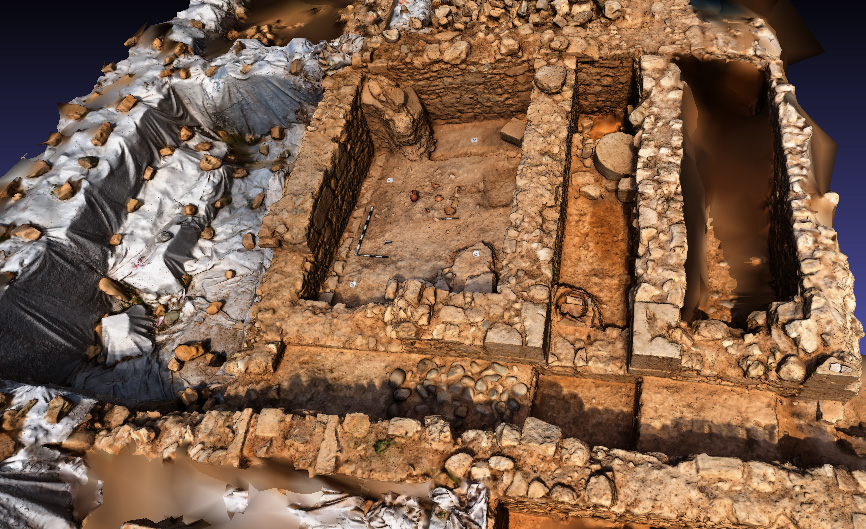 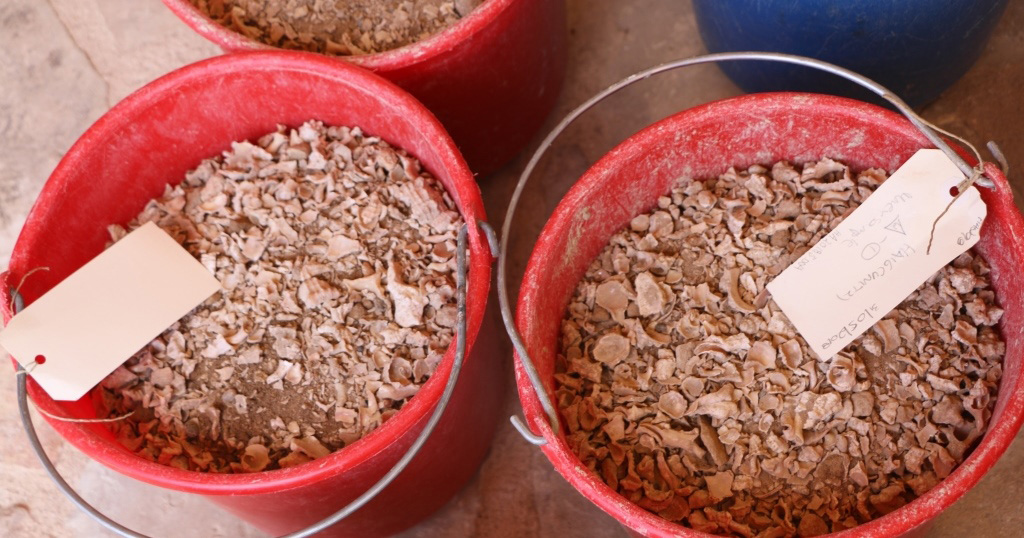 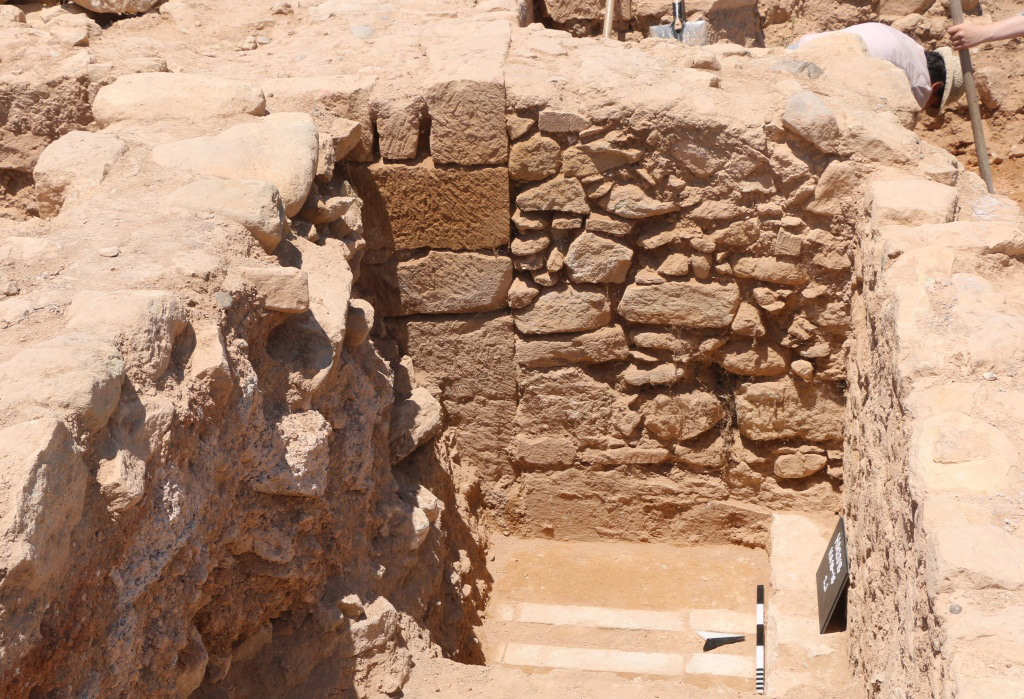 Excavations at the citadel of ancient Pafos (Kouklia)

The 13th field project at Palaipafos

The University of Cyprus’ 13th field project at Palaipafos, under the direction of Professor Maria Iacovou (Department of History and Archaeology, Archaeological Research Unit) has been completed. The 2018 excavations took place between May and July and concentrated on the plateau (citadel) of Hadjiabdoulla, one kilometer east of the sanctuary of Aphrodite (fig. 1). According to the results of the Ancient Pafos landscape analysis project, which has been running since 2006, the Hadjiabdoulla plateau was the administrative-economic centre (i.e. the acropolis) of Ancient Pafos during the Cypro-Classical period.

Along the Northern side of the plateau, the archaeological mission of the University of Cyprus has identified and is investigating a complex architectural unit, which was constructed at the beginning of the 5th century BC by the Pafos royal dynasty, within the context of its economic administration. The unit’s production and storage facilities are located in corridors that develop outside the acropolis walls. Up to now, 65 metres of the fortification wall have been revealed (fig. 2) as well as 6 different units and communication corridors (fig. 3).

The masonry survives at 2 metres in height, while the fill has helped preserve the workshop installations, where various moveable finds have been excavated, such as mill stones, basins, olive presses, weights and water pipes. A variety of palaeo-environment remains have survived (such as, animal bones, seeds, olive pips, charcoal and slag), which are being collected and analysed following state-of-the-art methods, so as to be able to reconstruct the economic model of the ancient city.

In Units 3 and 4 investigations have confirmed the production of olive oil. Unit 1 mainly served as a storage area, since large quantities of local and imported amphorae (mainly wine amphorae) were found in this area, reflecting the extent of the trade networks maintained by ancient Pafos in the Cypro-Classical period (end of the 6th century BC) with Carthage, Egypt, the coast of modern-day Lebanon, Syria, the Aegean (Thasos, Kos, Mende, Rhodes and Chios) and the coast of Asia Minor (Ephesus, Samos, Miletus), especially from the 4th to the 2nd century BC.

The aim of the 2018 excavations was to complete investigations in Units 2, 5 and 6, as well as of the corridor in the east, which communicates with these (fig. 4). Large quantities of murex shells were collected from the entire surface area of Unit 2 (fig. 5). Following analysis of the shells by specialist Dr. Demetra Mylona, it was confirmed that, the extraction of the purple dye from the shells was conducted in nearby areas, which have not yet been identified. The shells were then concentrated in Unit 2 for secondary processing and use (e.g. for making hydraulic mortar) (fig. 6).

Units 5 and 6 to the North, are part of an industrial installation, which is situated between two parallel retaining walls, under which stone pipes have been excavated (fig. 7), which lead to a stone bathtub in Unit 6 (fig. 8). Due to the lack of macroscopic data from the pipes and the bathtub, it is not yet certain what these monumental installations were producing. As a result of funding from the A.G. Leventis Foundation for the 2017-2018 investigations, sampling was taken for microscopic analysis of starch and phytoliths. The analysis will be conducted at the Wiener Laboratory of the American School of Classical Studies in Athens.

More information on the 2006 to 2018 missions, as well as frequent updates on PULP (The Palaepaphos Urban Landscape Project) (including the team members, special scientists, lectures delivered both in Cyprus and abroad, as well as publications) can be found on the Project’s website https://ucy.ac.cy/pulp/