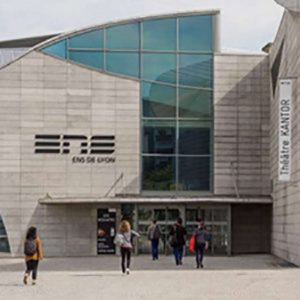 The scientific committee for the Lyon international conference, Poetics and politics. New approaches to Euripides, welcomes abstract submissions before October 7, 2018. The conference will be held June from 27 to 29, 2019, at the Auditorium de la Maison Internationale des Langues et Cultures, Université de Lyon.

In the last hundred years, scholars have approached the relation between poetics and politics in Euripides’s dramas from different perspectives. Characteristic of the French-Belgian school of the middle of the 20th century was the attention paid to formal, dramatic or structural inconsistencies, which were thought to be justified by and to point to allusions to contemporary events or people. Severely criticized for the circularity of its argumentation and its disregard of poetic interpretations, this ‘old historicist’ approach was followed by the anthropological turn of J.-P. Vernant and P. Vidal-Naquet’s work, which led to a new trend of studies often labelled ‘New Historicism’. This approach became particularly influential in 1990 with the publication of the collective volume Nothing To Do With Dionysus. This mode of historicism was concerned primarily with the tragedies’ ideological functions in the context of Athenian democracy; it endeavored to show that tragedy reflected democratic ideology while also displaying resistance to it – a “broken mirror” as P. Vidal-Naquet put it. The attention paid by New Historicism to the social context of performance and to the political institutions that were in charge of the plays’ productions, as well as to the audience of the plays, was an important and fruitful innovation, but it has been duly criticized for its short-comings, especially for its disregard of poetic form and of individual authorship. Some scholars, feeling that the plays were reduced to being a somewhat vague and passive reflection of general socio-political tensions, reacted by a renewed kind of formalism and a surge of interest in the meaning of individual plays.

In recent years, the tragic art of Euripides has been examined in more eclectic ways involving not only social, political, anthropological and religious but also (meta-)poetic, structural, dramaturgical and musical considerations. These perspectives are either juxtaposed to encompass the complexity of Euripides’s drama or articulated to each other, aesthetic form being seen as a mode of political thought. The context within which drama needs to be interpreted has been expanded to include not only the institutions and dynamics of the Athenian city, but also other forms of poetry, art and thought to which the poet alludes in a constantly creative way or with which he competes. The conference aims at bringing together such diverse approaches to reexamine the relation between Euripides’s poetics and the politics of his time.

Some of the questions that the conference hopes to raise are the following:

-How would we define today the political meaning of Euripides’s plays?

-How is this meaning articulated to their form, structure, rhythm and other poetic aspects? How do studies on the materiality of Greek drama contribute to the question of politics?

-Should we renounce the idea that Euripides is conveying a precise political message in a given play or does the combination of new methods allow us to identify his voice in a more subtle way than before? What is the specificity of his tragedies and of his approach to politics?

-Does a political interpretation preclude a search for a universal human meaning? When both meanings coexist, what are the poetical or dramaturgical means that unite or distinguish them?

-How can we integrate the fragmentary plays in the interpretation of Euripides’s politics?

-Can the political reception of Euripides’s plays throughout the centuries help us frame in a fresh way the relation between Euripides’s poetics and the politics of his time?

Questions and abstracts (no more than half a page) should be sent before October 7, 2018 to: [email protected]

Submissions will be examined by the members of the scientific committee: