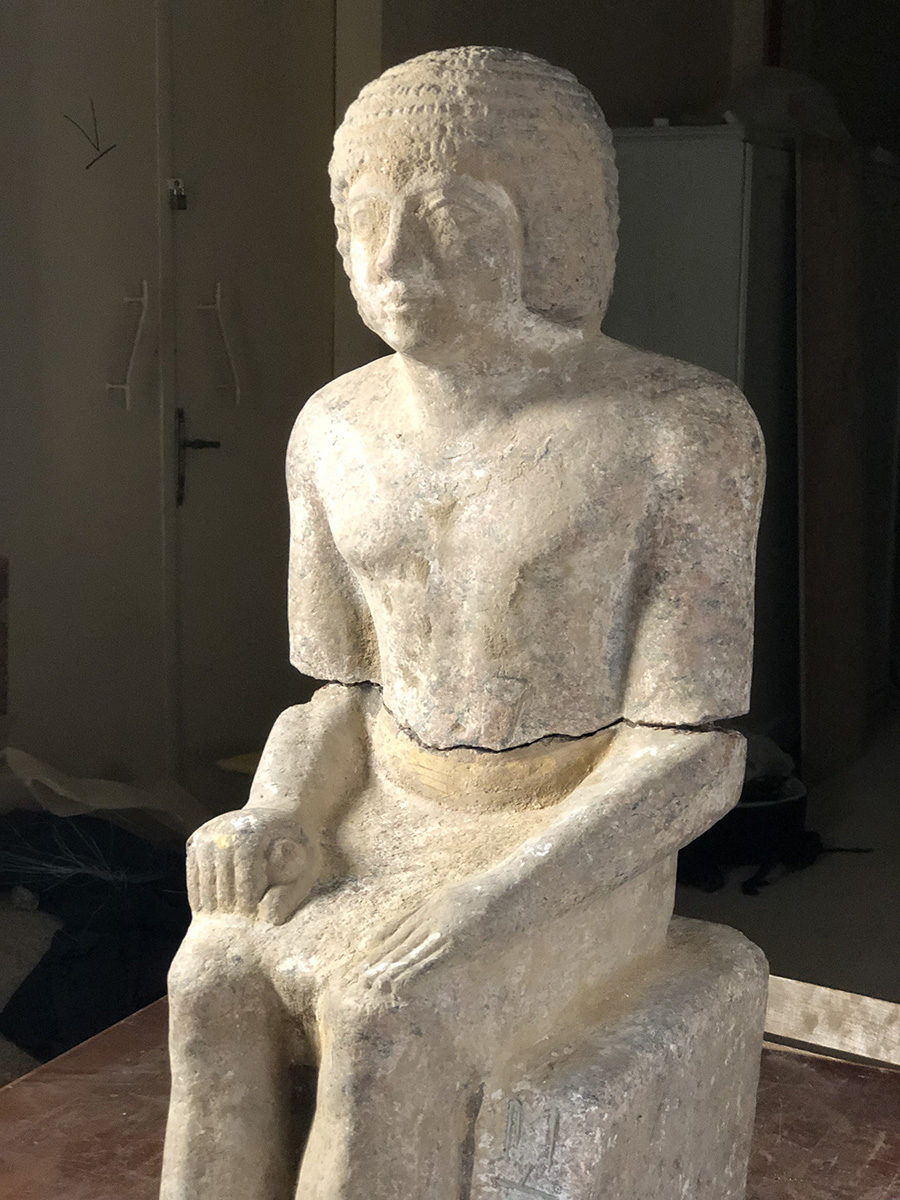 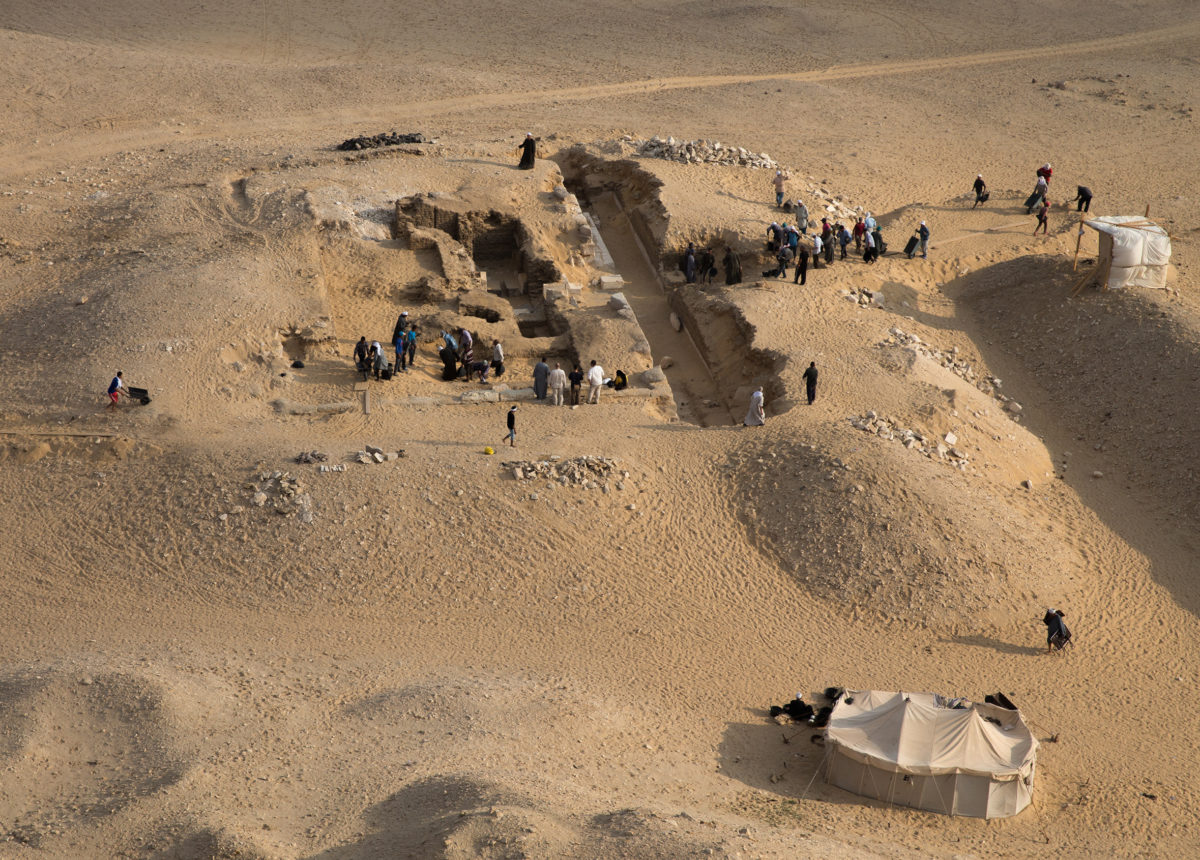 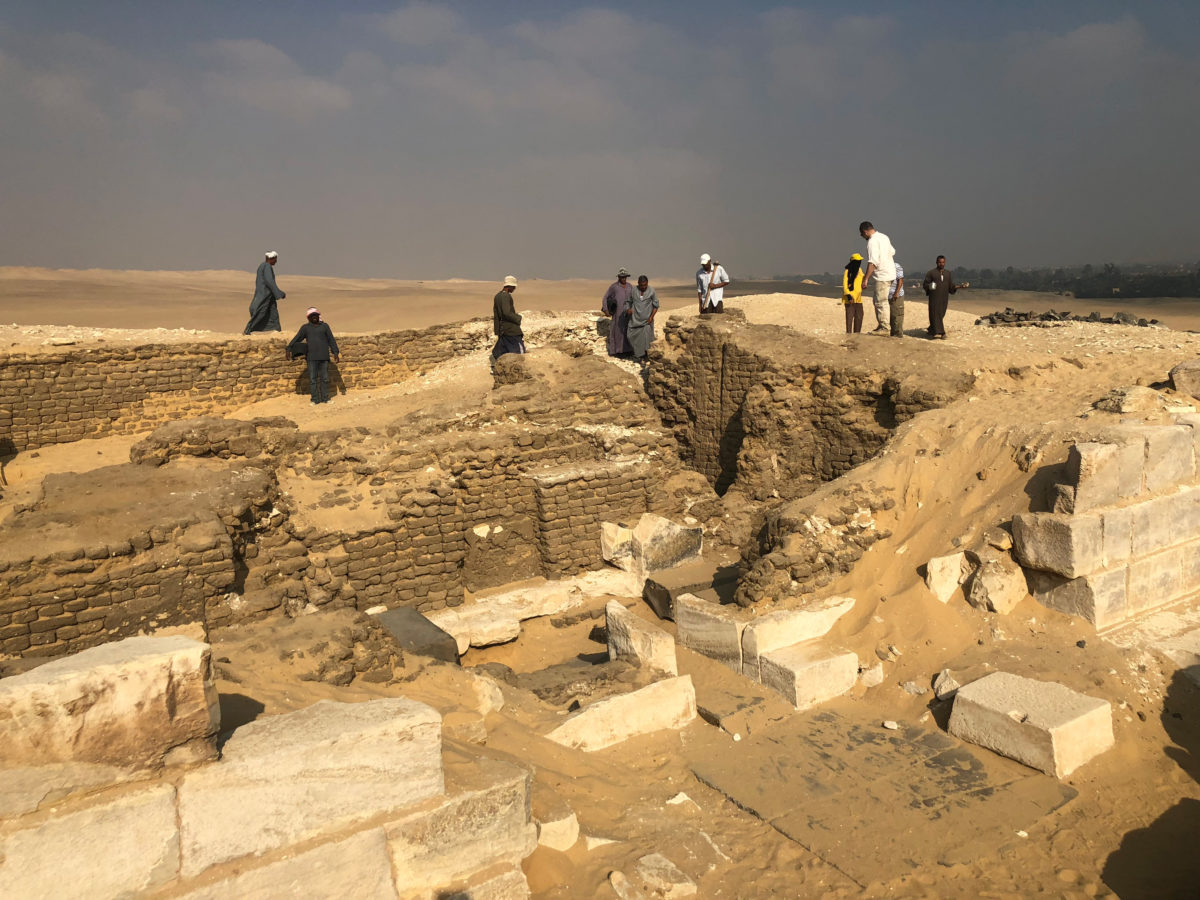 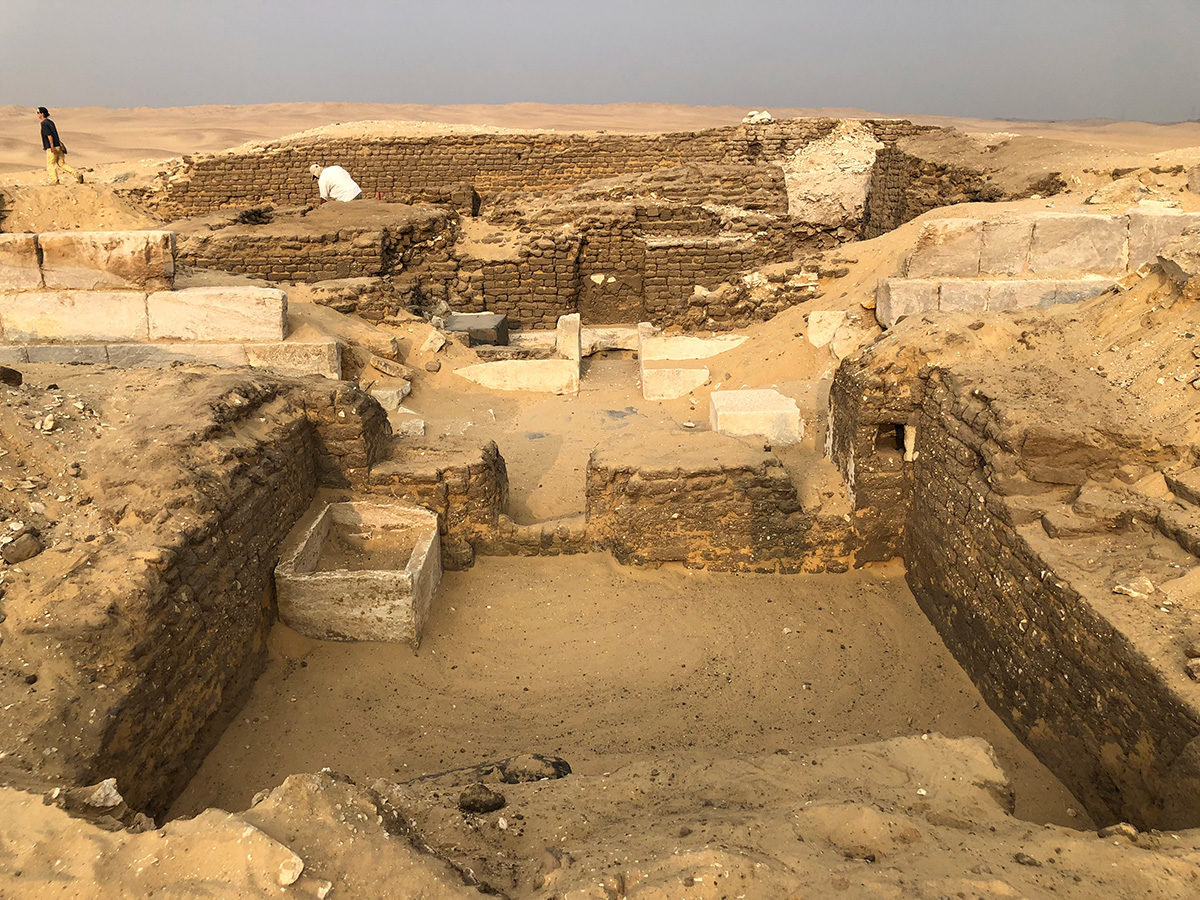 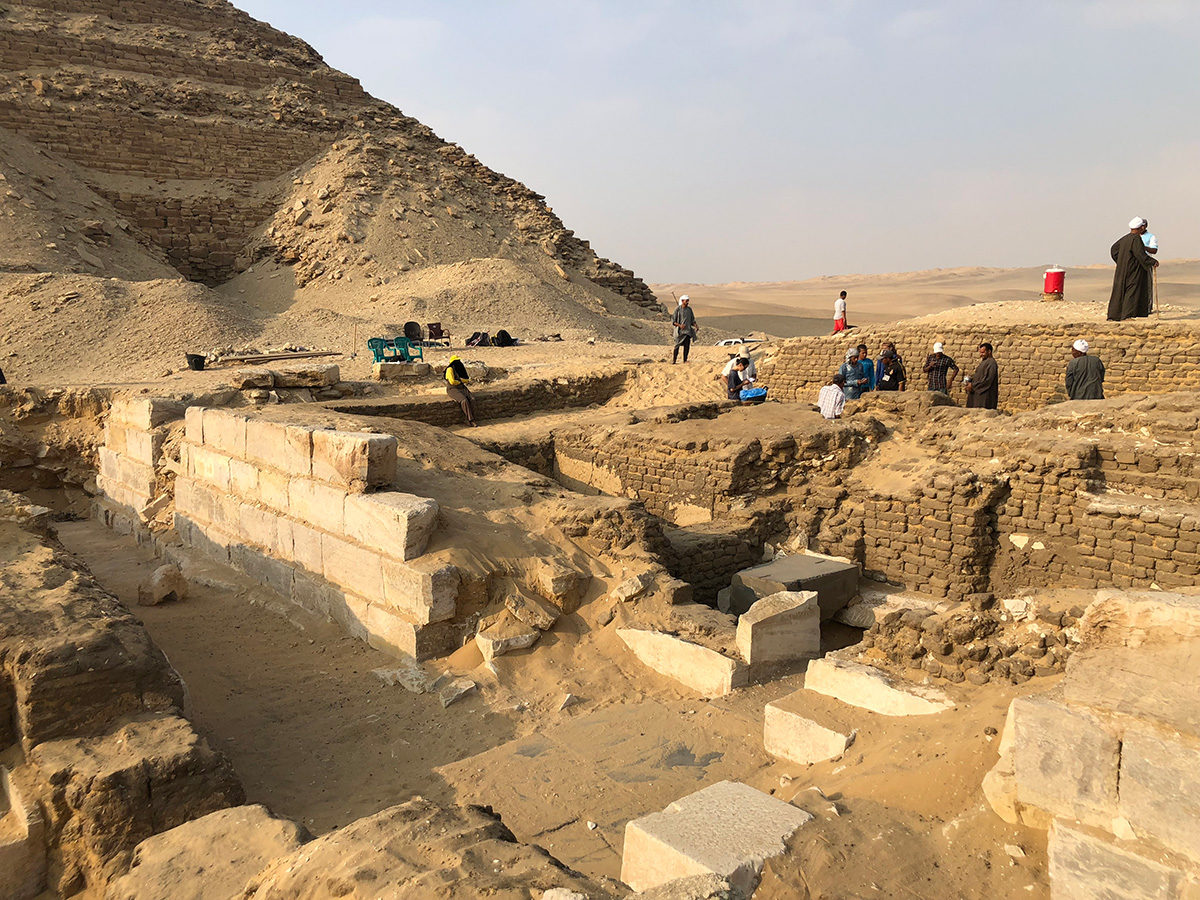 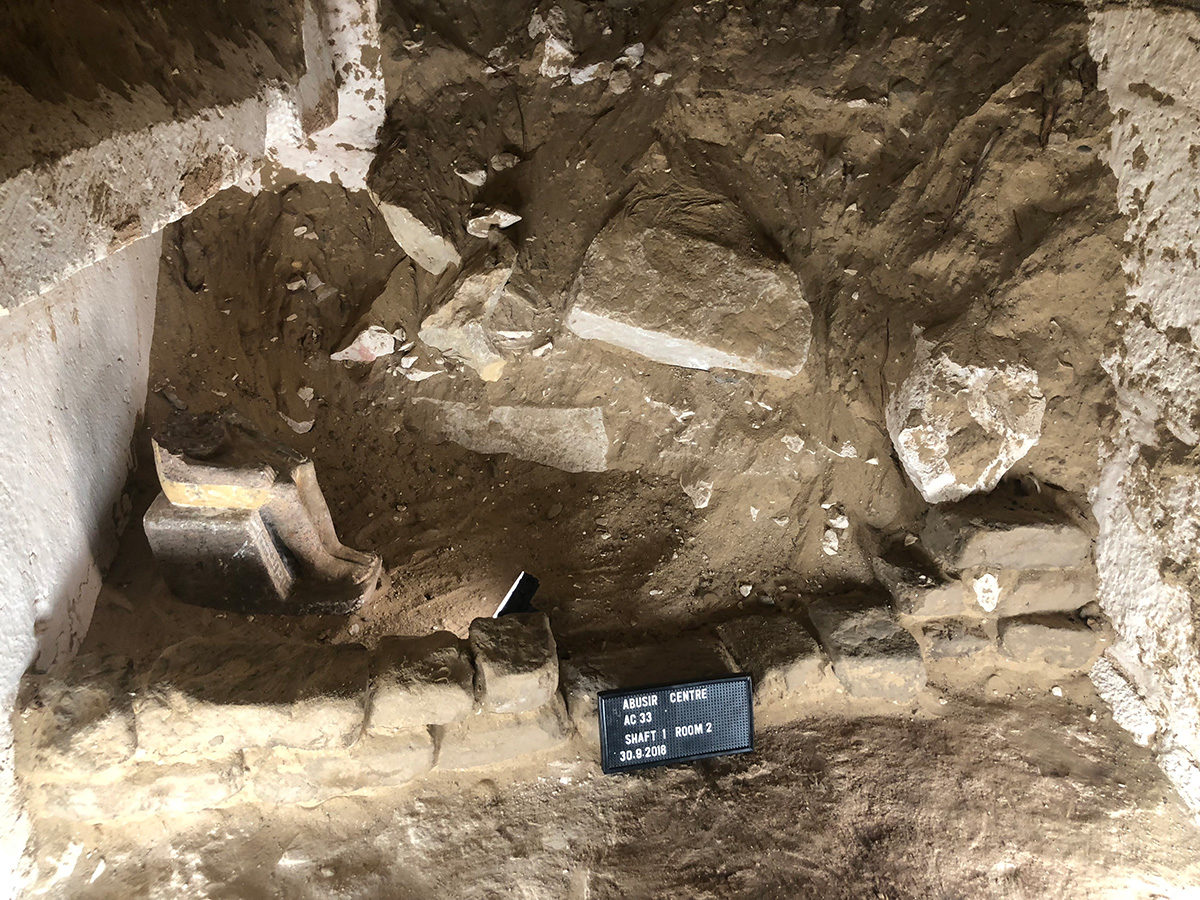 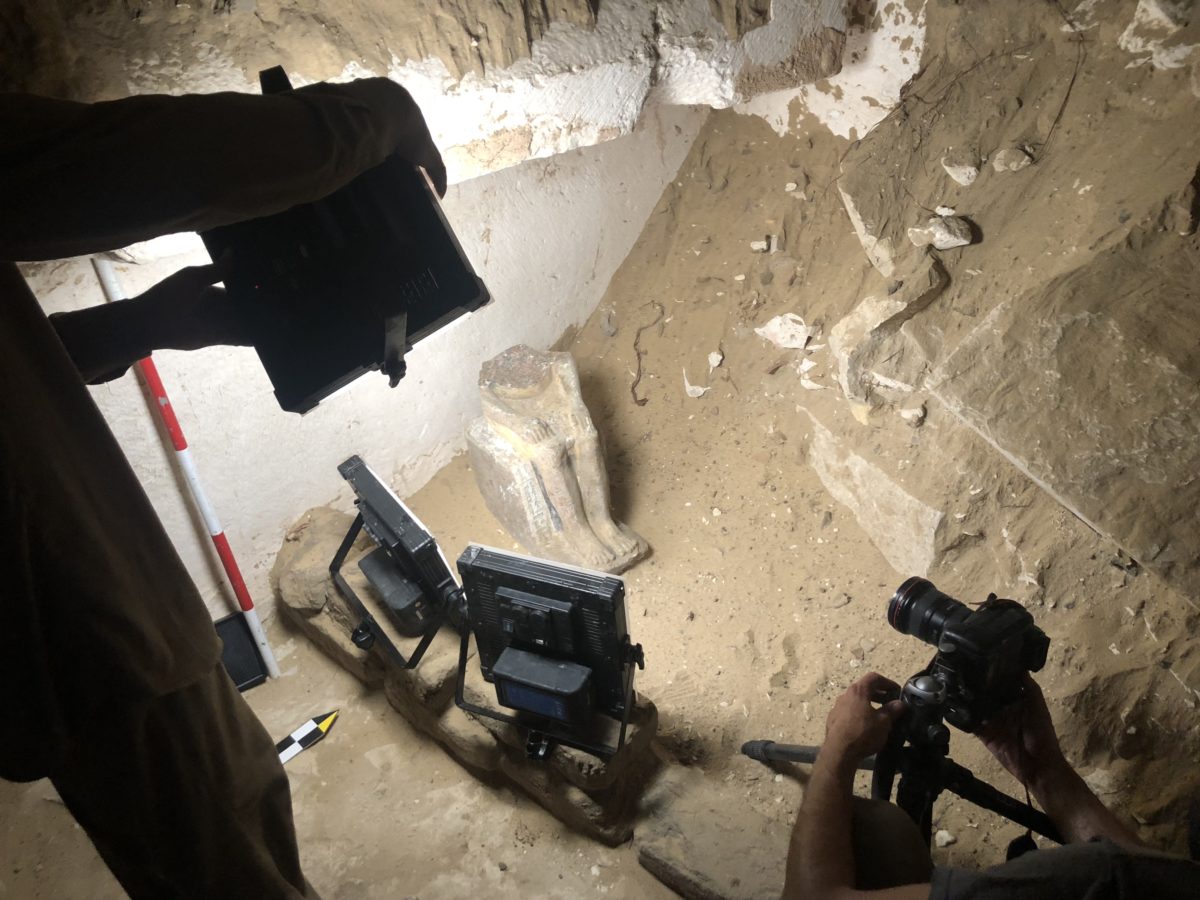 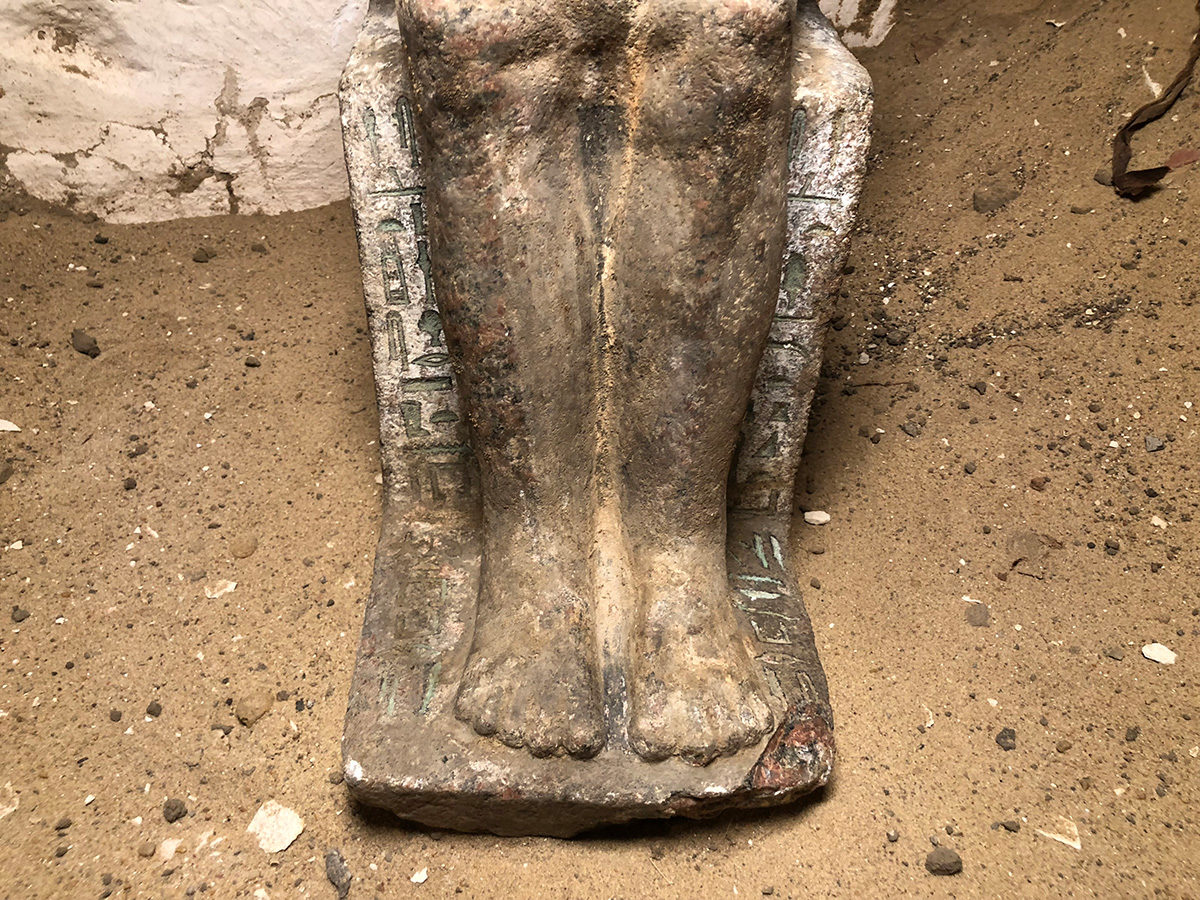 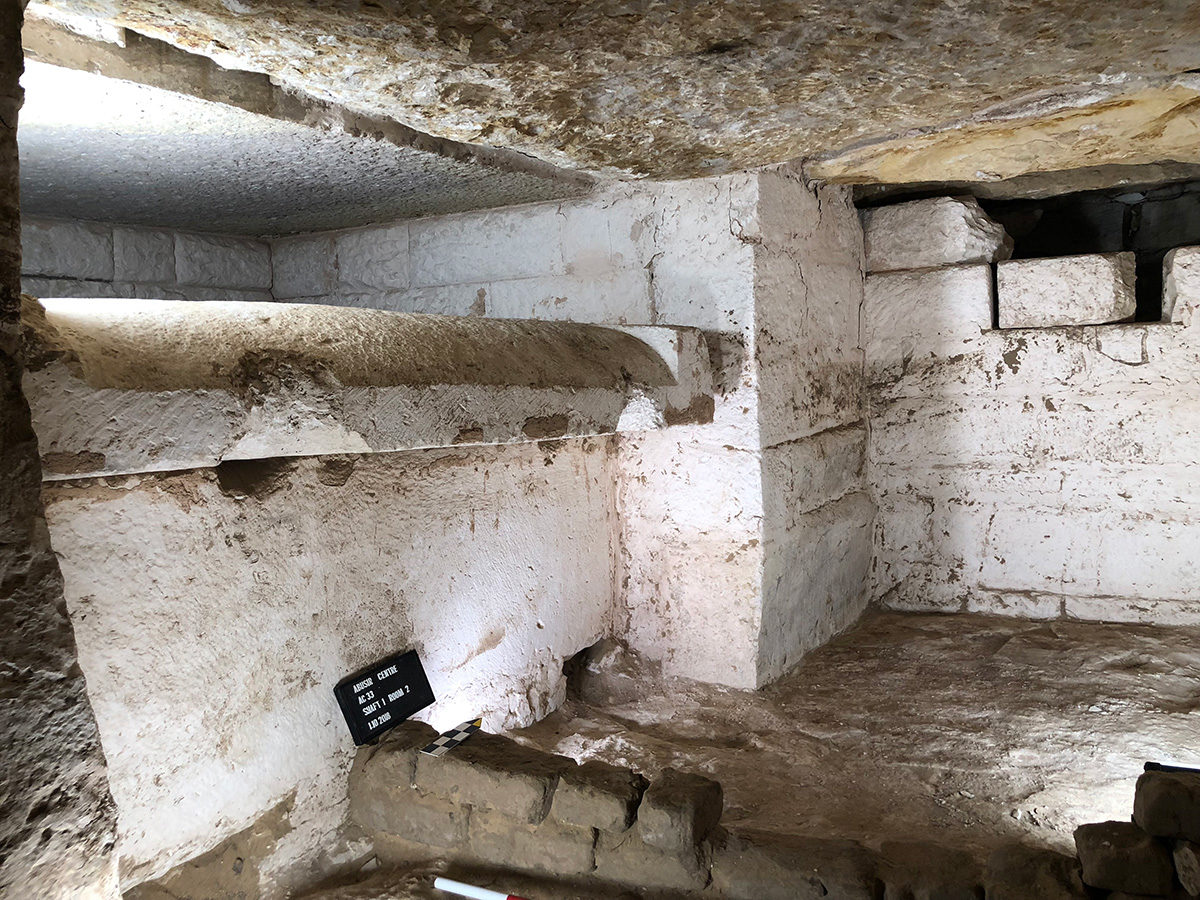 The discovery of the tomb of priest Kaires

By the expedition of the Czech Institute of Egyptology

After two weeks of work at its archaeological concession on the Abusir pyramid field, the current expedition of the Czech Institute of Egyptology of the Faculty of Arts of the Charles University discovered a unique burial complex of the royal confidant and priest Kaires.

The tomb is located in the heart of the pyramid field of the 25th and 24th centuries BC, i.e. the reign of the 5thDynasty of the Egyptian Old Kingdom in an area, where only members of the royal family and the highest state dignitaries of the time were buried.

The complex of Kaires extends over an area of over 500 m2, and besides the tomb itself contains several other rooms which served for the funerary cult and the ritual purification of the priests before they could enter the tomb. The cult chapel represents a completely unique architectural feat of the entire 3rd millennium BC, as it was paved with basalt blocks. The use of basalt was an exclusive privilege of the kings and its presence here is one of several pieces of evidence of the exceptional status of the tomb owner. Unfortunately, only a few pieces of the cultic stela with the owner’s titles, the so-called false door, have been preserved to present times.

The burial chamber of Kaires has been looted already in antiquity, but in front of the limestone sarcophagus, his granite statue with remnants of colors and further titles has been somewhat miraculously preserved in its original location. It is these titles that indicate Kaires’ exceptional career.

Kaires was the sole friend (of the king), overseer of all king’s works, keeper of the secret of the Morning House, steward of the royal palace, foremost of the House of Life, inspector of the priests serving in the pyramid complexes of kings Sahure and Neferirkare, priest of the goddess Hathor, mistress of the sycamore, in Cusae (a city in southern Egypt), custodian of the two thrones (i.e. of southern and northern Egypt), as well as a holder of several other titles. The Morning House was a specific location, where the king would come in the morning to eat breakfast and get dressed, whereas the House of Life was an institution, where Egyptians stored texts recorded on papyrus scrolls containing their knowledge and religious-philosophical treatises.

The discovery of this statue presents the answer to the years-lasting question, whether the ancient Egyptians placed statues into burial chambers. It proves they indeed did.

Another unique trait of the tomb is the construction of the burial chamber, which was built in an open pit. After the sarcophagus had been lowered and the side walls lined with limestone blocks, the chamber was closed by several giant ceiling blocks of limestone, each of which weighs at least 8–9 tons.

Even though the expedition is still running and the final analysis of all data and information collected will take a much longer time, it can be said even at this stage of works that this is a unique discovery of a tomb of an exceptional figure of the history of Egypt of the 3rd millennium BC. Kaires’ titles place him at the level of the viziers (prime ministers) of the time, whereas the architecture of his tomb completely exceeds the contemporary customs, and the full appraisal of this fact will only be possible after further investigation.

The excavation works have been proceeding in close cooperation with the Ministry of Antiquities of the Arab Republic of Egypt and the Inspectorate of Antiquities in Saqqara.