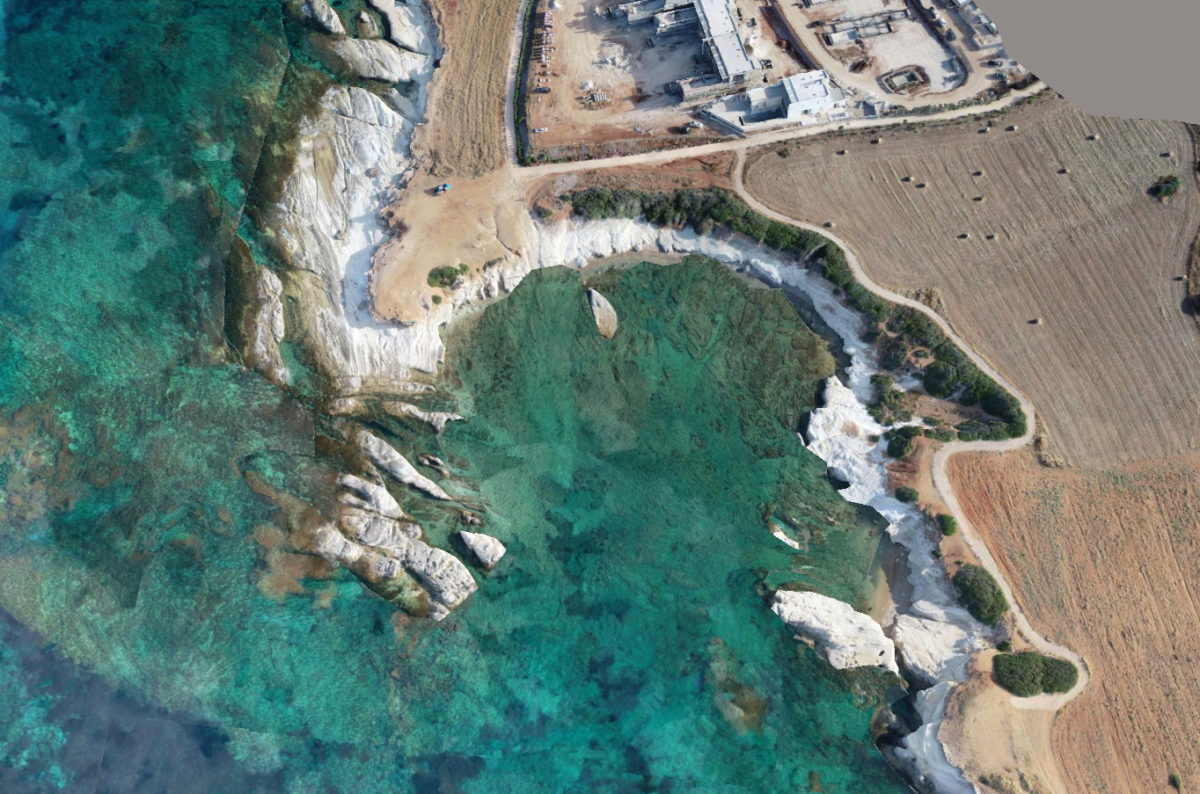 A five weeks program of excavation, survey, and study at Maniki Harbor under the direction of Joan Breton Connelly, Professor of Classics and Art History of the New York University has been completed.

An international team of scholars gathered at Maniki Harbor to take part in the innovative multi-disciplinary program of research. The small, ancient port at Maniki served as the main harbor for Geronisos and the ancient settlement at Agios Georgios of  Pegeia from the Hellenistic through the early Byzantine times.

Dr. Theotokis Theodoulou, Head of the Cretan section of the Ephorate for Underwater Antiquities in Greece, Dr. Alexandros Tourtas of University of the Aegean, and Konstantinos Kostakis of Plano S.L.A., Crete, executed a coastal and underwater survey of Maniki Harbor. This included aerial mapping, 3D modelling, video-recording, snorkeling and reconnaissance diving. A custom-made platform bearing a digital camera was used to photograph the western seabed of the cove.

Rounded rock-cut “bollards” for mooring ships were identified at the west side of the promontory, as well as in the middle of the harbor. Rock cut channels preserved in the limestone shelf at harbor’s edge may have accommodated wooden frameworks for loading and unloading or hauling ships and boats.

Miltiadis Polidorou of the National and Kapodistrian University of Athens undertook geomorphological surveys of Geronisos Island and coastline from Agios Georgios to Maniki, with drone mapping, 3D modelling, and orthomosaics.

Excavation focused on three stratigraphic sections dug through the vast dumps of late Roman transport amphorae at the harbor’s edge. Prof. Thomas Tartaron, Chair of the Graduate Program in Mediterranean Archaeology at the University of Pennsylvania, directed a surface survey as well as the excavation of one section through the dump.

Prof. Jolanta Młynarczyk of the University of Warsaw identified the dominant amphora type as southwestern Cypriot in origin, dating from the 5th to mid-7th century AD.  Also prevalent are Palestinian “bag-shaped” amphorae of the 5th-6th centuries and “Gaza jars” dating from the 4th to 6th centuries AD. This assemblage attests to pilgrimage movement between the basilicas of Agios Georgios of Pegeia and the famous monastic centers of south Palestine, particularly during the years of Justinian’s reign.