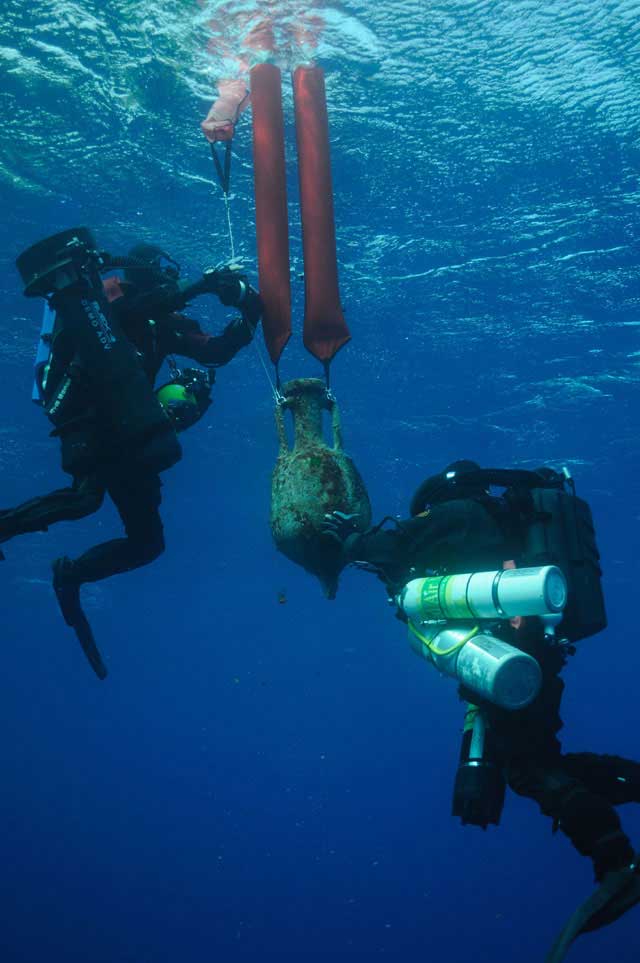 Recent surveys at the site completed

Surveys were led by underwater archaeologist, Dr Theotokis Theodoulou from the Ephorate of Underwater Antiquities, and archaeologist-technician Dr Brendan Foley from the Woods Hole Institute.

During the underwater surveys, the site of the Antikythera Shipwreck was relocated. There are still amphorae (whole or fragments of them) on the deep sea floor. A part of a tile has also been found. Impressive and indicative about the way the ship had sunk are the lead parts of the anchor, which have been recorded and retrieved.

During the painstaking research, small ceramic deposits were found, probably coming from casual disposal and not belonging to the cargo of shipwrecks, as well as the fragmentary remains of a shipwreck of a later period at the north of the island. The biggest part of it probably lies deeper beyond the area which has been surveyed.

The application of the close-circuit rebreathers proved to be very efficient. Within eight working days, the perimeter of the island (approximately 30 km) has been surveyed, up to the 40-metre isobath. In comparison, the time needed for covering this area by a common diving method would be ten times longer.