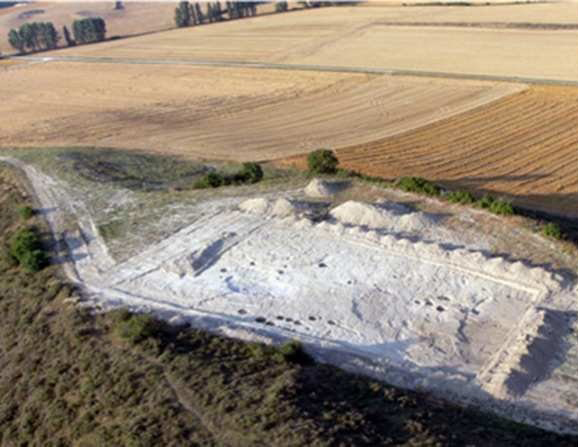 Archaeologists now have new tools for studying the development of medieval villages and the transformation of the historical landscapes surrounding them. In a study recently published in EPJ Plus, scientists have attempted to reconstruct the history of Zornoztegi, an abandoned medieval village located in the Basque Country, Spain.

To do so they rely on the various analysis methods available to archaeologists, including radiocarbon dating, archaeological and historical records, archaeobotanical and optical microscope analyses of samples found on the site, together with a statistical analysis model. Paola Ricci from the University of Campania “Luigi Vanvitelli” in Italy and colleagues used this approach to establish the history of the village in the time leading up to the Middle Ages.

Archaeological evidence showed that the first occupation of the site dated back to the Chalcolithic period. After a long hiatus, it was again occupied in the Late Roman period until the Late Middle Ages.

Unfortunately, most of the superficial archaeological clues were lost over time, and with them the ability to establish connections between various remnant structures from the village. In response, the team used a statistical method to integrate information from radiocarbon dating, including the spatial distribution of the structures and individual items found on site.

The authors found that the application of the statistical method (referred to as Bayesian statistics) in the context of radiocarbon dating makes it possible to better define the intervals of dating, thanks to models that blend the information gleaned from historical, stratigraphic or typological investigations with those derived from radiocarbon dating.

Their conclusion: thanks to this method, archaeologists no longer have to delegate the deciphering of archaeological mysteries to the laboratory, but can instead employ an integrated approach that combines archaeological data and surveys of local remains.