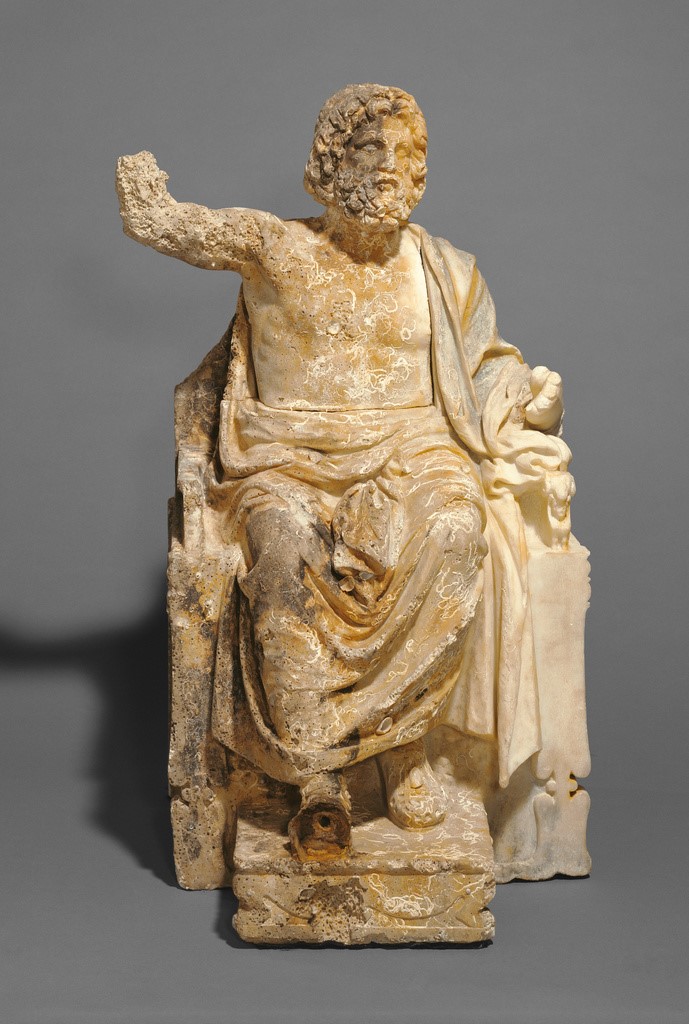 To Baia, near Naples

On Saturday, October 27, the statue of ‘Zeus Enthroned’ will return to Baia, near Naples. The sculpture was exhibited at the Getty Museum in Los Angeles from 1992 until 2017. In June 2017 the Museum announced the voluntary return of a marble statuette representing the god Zeus which dates to about 100 BC. The Museum acquired the sculpture in 1992.
The Museum made its decision to return the Statue of Zeus Enthroned, a 29-inch high marble statuette, following thorough consideration of information provided by Italian officials, including a recently discovered fragment of the statue.

The sculpture may originally have served as a cult statue in a private shrine of a wealthy Greek or Roman home. It appears to have spent a long period of time submerged in the waters of the sea off Campania, as established in 2012 through the analysis of a marble fragment found in Bacoli and part of the throne on which Zeus sits.

The statue returned to Italy in June 2017 at the National Archeological Museum in Naples thanks to the work of investigators, magistrates and the cultural ministry.

It will be returning home, to Baia, on Saturday and for the occasion the Archaeological park of Campi Flegrei is hosting the exhibition ‘Il visibile, l’invisibile e il mare’, presenting previously unseen sculptures from the archaeological park and from the rich villas of Baia’s ancient heritage. Zeus will be surrounded by 11 statues.