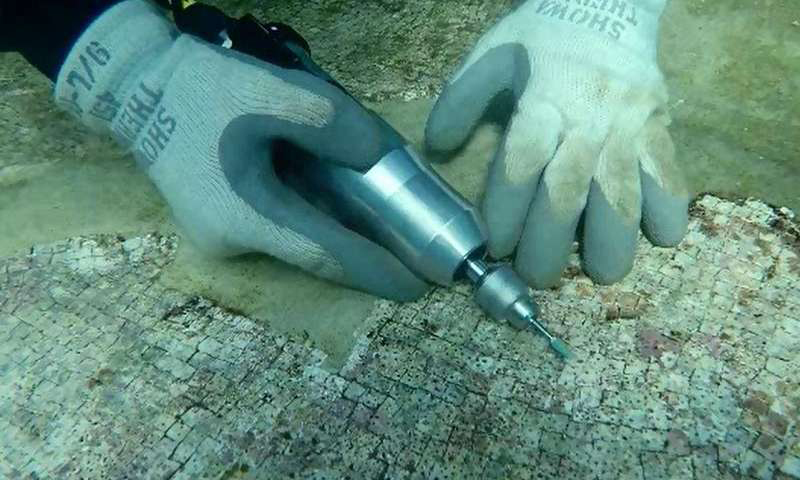 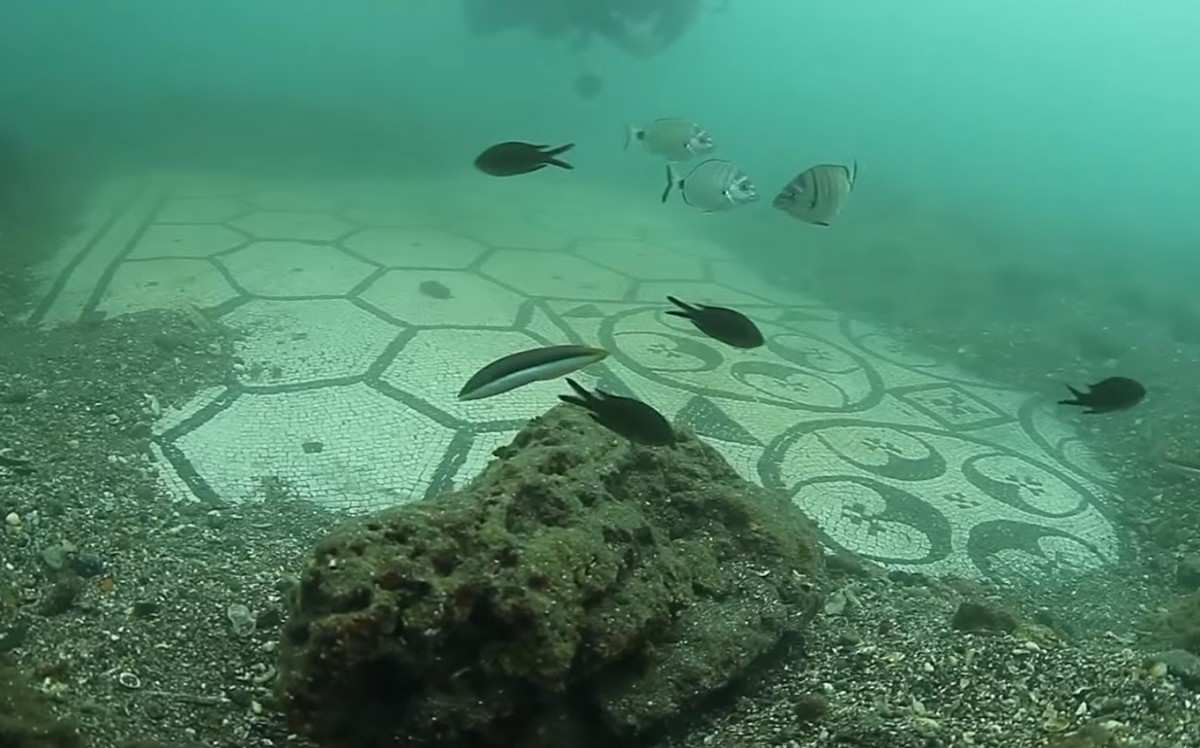 Light and manganese to discover the source of submerged Roman marble

Research at the Underwater Archaeological Park of Baia

The Roman Emperors used to spend their summers in the city of Baia, near Naples. With the passage of time, however, the majority of their luxury villas became immersed under water. Italian and Spanish researchers have now applied microscopic and geochemical techniques to confirm that the marble used to cover these ancient Roman buildings came from Carrara and other marble quarries in Turkey and Greece – valuable information for archaeologists and historians.

The area which is now the Underwater Archaeological Park of Baia, just outside of Naples (Italy), was an important Roman bath city between the 1st century BC and the 3rd century AD where emperors such as Augustus and Nero owned leisure villas. Over the centuries, however, part of this ancient city became submerged five metres below sea level as a result of the subsidence coastal area.

Scientists from the University of Calabria (Italy), in collaboration with the Spanish researcher Mónica Alvarez de Buergo, took the plunge underwater to analyse one of the most valuable elements from those affluent Roman villas: white marble. The objective was to determine the origin of this material which was used in the production of floor slabs which can still be observed by divers in this area.

“Fifty samples measuring a few centimetres long were taken from different surfaces of the area known as Villa con ingresso a protiro (with an ‘entryway’) to be analysed in the laboratory”, explains Alvarez de Buergo, a researcher at the Geosciences Institute, a joint centre of the Spanish Scientific Research Council (CSIC) and the Complutense University of Madrid (UCM).

The scientist explains that various techniques were applied: “First, thin layers of the collected marble were observed using a petrographic microscope. Then, the mineral composition of the marble was studied using X-ray diffraction and the manganese content was determined (with Inductively Coupled Plasma Mass Spectrometry). Scanning Electron Microscopy (SEM) was then carried out and various isotopes were analysed”.

In order to compare the samples, the team selected some of the most well-known and widely-used white marble from the Roman period in the Mediterranean basin. Specifically, they selected eight varieties from the best marble quarries in Italy, Greece and Turkey.

Differences owing to the crystal, the manganese and the isotopes

The data reveal that the parameters that have contributed the most to identifying the material and its origin have been the petrographic microscopy –more specifically, varying crystal sizes depending on the source of the marble–, the manganese content (whose content can vary between 0.84 parts per million and 1093.8 parts per million) and the difference in oxygen and carbon isotopes.

The results, which are published by the journal ‘Applied Surface Science‘, demonstrate that these variables have made it possible to confirm that the marble analysed came from different quarries: Carrara in Italy; Proconnesos, Docimium and Aphrodisias in Turkey; and Thassos, Paros and Pentelicon in Greece. The origins of just five of the fifty samples could not be confirmed.

“The variety and quality of the marble identified highlight the importance held by this area in the past seeing as it yielded the best ornamental marble of that time period”, points out Alvarez de Buergo, “and this helps to determine the trade routes that were used at that point in time during the Roman Empire”.

“When working with built cultural heritage, it is important to know where the marble originated so that its deterioration compared to reference materials can be determined. That way, we can test whether treatments need to be applied, as well as identify which materials to use in the event that the original material needs to be replaced”, indicates the researcher, who emphasises the importance of scientific techniques in finding out more about our past.