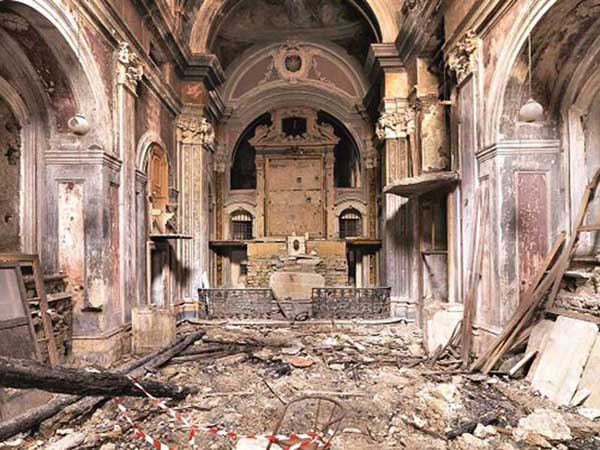 200 closed and abandoned churches in Naples

A report published by the Corriere della Sera earlier this month revealed the alarming state of much of Naple’s cultural heritage. The report speaks of neglect and mismanagement by the local and national authorities, which led to the closure and abandonment of around 200 churches in the city.

Some of these churches have been looted, some never received the necessary funds for their conservation, while others did receive them but never proceeded to the agreed projects, or closed for restoration but never opened again.

Naples has the largest historic centre in Europe. In 1995, it was listed by UNSECO as a World Heritage Site. It seems this acknowledgement is only valid on paper, as the city’s residents pointed out in a petition that circulated at the end of last year calling for the city to be stripped of its Unesco title!

The petition was signed by 16 civic committees and 60 leading intellectual figures. It claimed that the city did nothing to protect its treasures. It included photographs documenting the neglect throughout the city, that was symbolically presented by the group during Unesco’s 40th anniversary conference at the city’s Federico II University.

The mayor of Naples, Luigi de Magistris, says that his administration has just managed to prevent a European Union grant of €100m, earmarked for the town centre, from being sent back to Brussels.