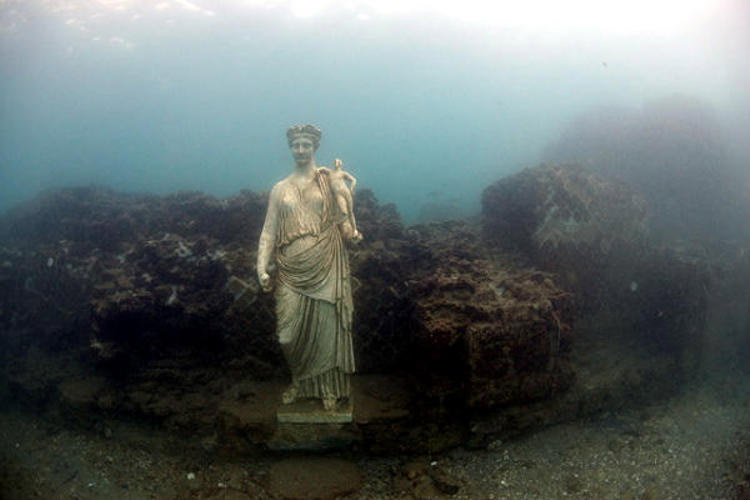 Off the Bay of Naples

An ancient Roman marble statue spotted by a diver in an imperial palace that is now under water in the Bay of Naples has been recovered, Italian archaeological authorities stated.

The statue  was discovered in October just off the shore near the town of Baia (Roman Baiae) in what is already an underwater archaeological park. The figure depicts a woman and lacks its head and arms.

“The discovery is significant and quite important for us because of the quality of the marble and the excellent workmanship of the sculpture,” said Paolo Caputo, a local heritage official. “We do not yet know whether it is a divinity or a member of the imperial family,” Caputo added.

The area around Baia was a thermal resort that was popular in Roman times and has several villas. One of them was confiscated by the Emperor Nero (37-68 AD) and turned into a summer residence and it was there that the statue was found.