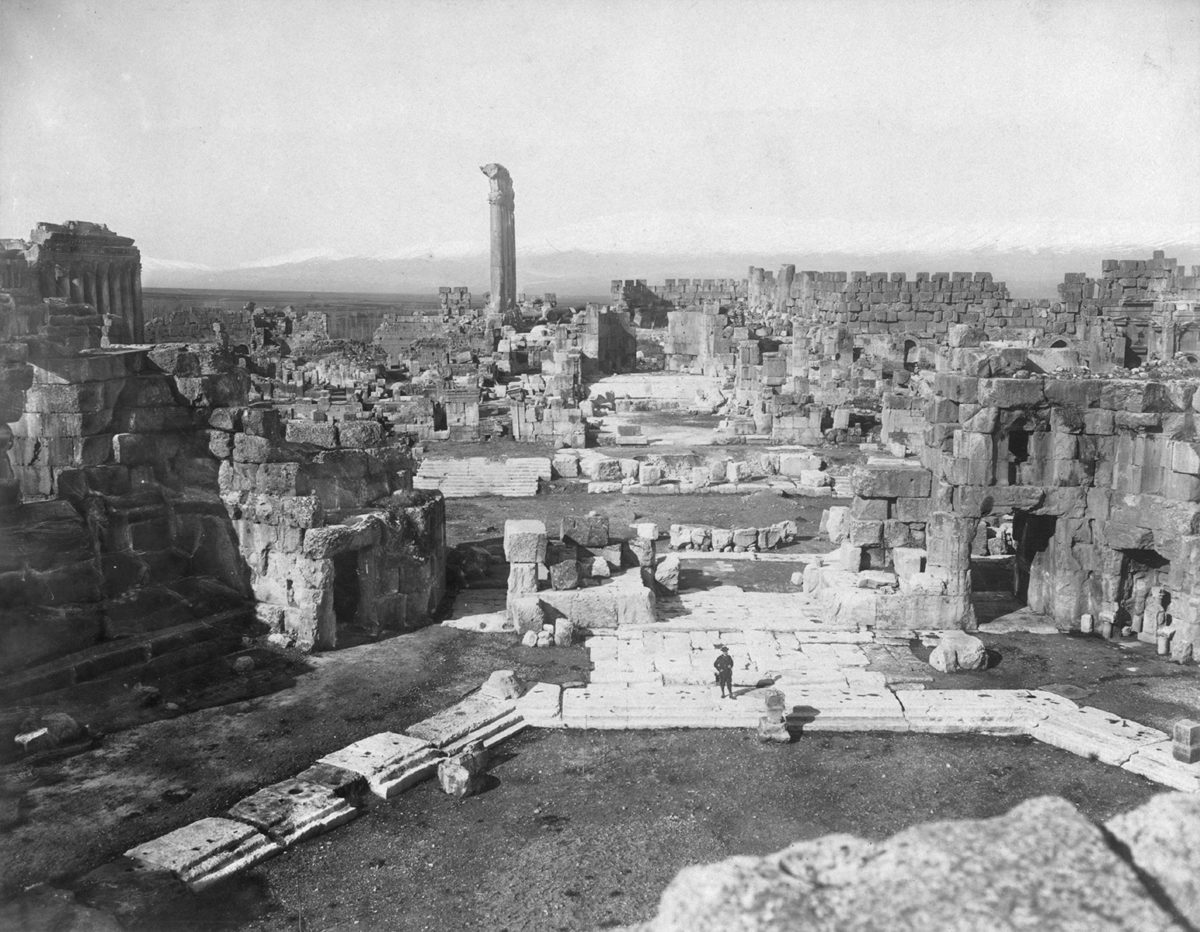 The International Conference “19th-century Photo-Archaeology” is hosted by the Nofei Yeda (Landscapes of Knowledge) program, Faculty of Humanities and the Hecht Museum,
in collaboration with: The Haifa Center for Mediterranean History (HCMH) and Onassis Program of Hellenic Studies. It will take place at the University of Haifa on April 2, 2019.

The 19th century, an era of great archaeological discoveries, coincided with the invention of photography. Perceived from its very beginning as the “most truthful documentation,” the camera immediately became an irreplaceable tool in unveiling the mysteries of past
civilizations. It revealed the very existence of the historical and religious sites, at the same
time bringing the Western beholder close to these sites physically, emotionally and mentally.

Despite technical and physical challenges, early photographers left a significant body of
works documenting ancient ruins and recently discovered archaeological sites throughout the Mediterranean and the Middle East, the cradle of European culture and Christianity. Some photographs were used in research, others were published in archaeological surveys and books, and sold as photograph albums. But others still remain unnoticed in the archives; many have not received the attention they deserve.

The aim of this upcoming conference is to examine Photo-Archaeology in terms of the
historiography of the 19th century while discussing the visual aspect of the field, applying the tools of photographic technology and fine art analysis. We further aim to discuss the role of photography and archaeology as indispensable tools in pursuit of the political and ideological goals of the imperial West.

We invite proposals for a 20-minute presentation. Please submit the title and a short abstract (max. 300 words); full name of each author with current affiliation and full contact details (address, email, phone number and title of presentation).

Submission Deadline is December 15, 2018. Applicants will be notified of their acceptance
by early January.

The Hecht Museum located at the University of Haifa, founded in 1984 by the late Dr.
Reuben Hecht, houses an extensive and important collection of Israeli archaeology artifacts relating to Jewish history in the Biblical and the Second Temple Period. The Hecht Museum sees great importance in, and encourages cooperation with, academia.

This conference is set to coincide with a new exhibition on the topic currently being presented at the Museum.