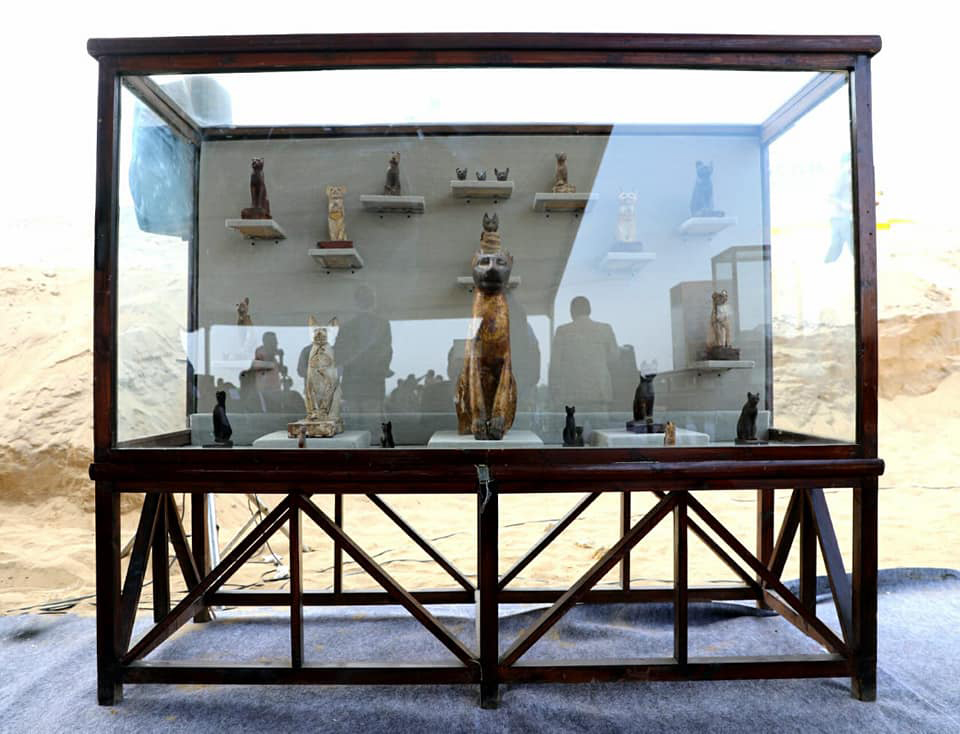 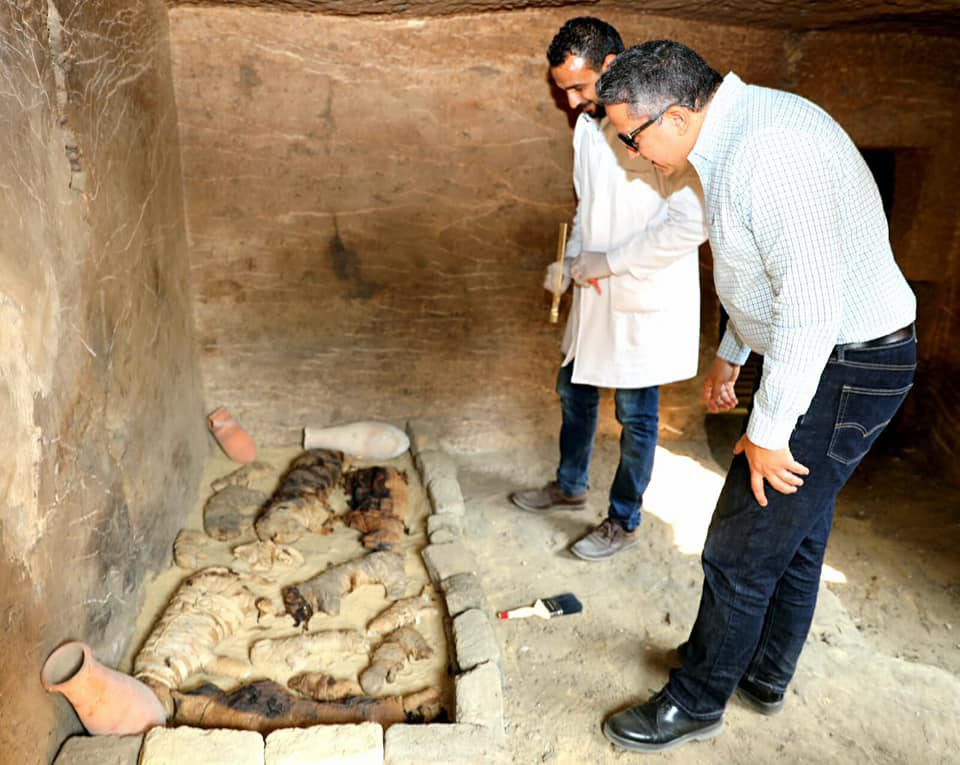 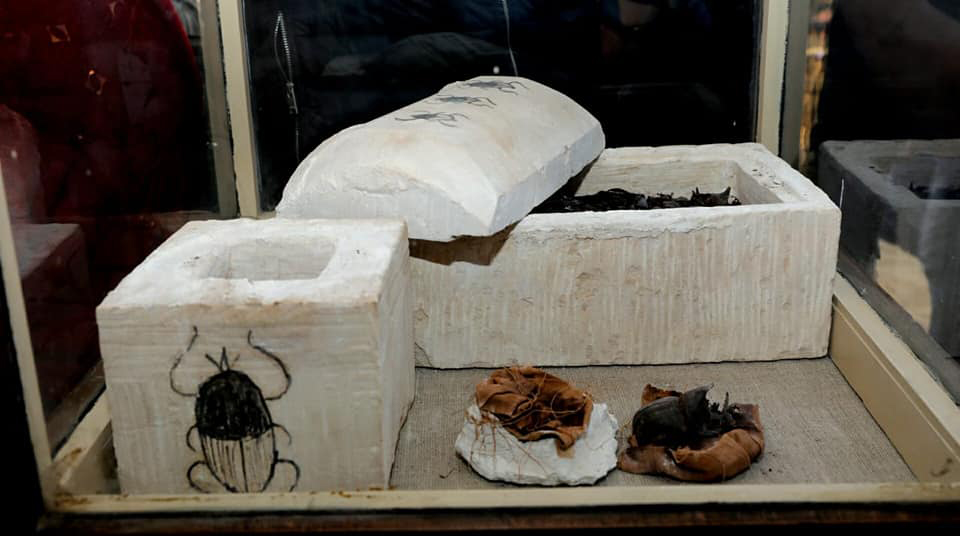 Minister of Antiquities Dr. Khaled El-Enany announced a new discovery made by an Egyptian archaeological mission during excavation work carried out since April at the area located on the stony edge of King Userkaf pyramid complex in Saqqara Necropolis.

Dr. El-Enany explains that the mission has uncovered this time three plain New Kingdom tombs that had been used during the Late Period as cats necropolis along with four other Old Kingdom tombs, the most important of which belongs to Khufu-Imhat, the
overseer of the royal buildings in the royal palace. This tomb can be dated to the late fifth and the early sixth dynasties.

He also pointed out that the Egyptian mission has selected such a site to excavate because there was a high probability that a collection of Old Kingdom tombs for individual could be uncovered around the ramp of King Userkaf pyramid complex.

A French mission has previously excavated the eastern section of the site and uncovered a collection of Old and New Kingdoms tombs that were used during the Late Period as cats graves. The mission has stopped all excavations on site since 2008 and devoted all its work to study, document and restore some of the discovered tombs but all the works have completely stopped since 2013.

“This is the first of three upcoming new discoveries in other governorates in Egypt to be announced later before the end of 2018,” asserted Dr. El-Enany who called all attendees to be tuned.

Dr. Mostafa Waziri, Secretary General of the Supreme Council of Antiquities announced that the Egyptian mission has succeeded to unearth the first ever mummies of scarabs to be unearthed in Memphis necropolis as two large mummies of scarabs have been
found inside a rectangular limestone sarcophagus with vaulted lid decorated with three scarabs painted in black.

Studies on these scarabs, said Dr. Waziri, show that they are wrapped in linen and in a very good preservation condition. Another collection of scarab mummies was also found inside a smaller and squared limestone sarcophagus decorated with
one scarab painted in black.

Within the debris, he continued , the mission succeeded to unearth around 1000 amulets made of faience and dedicated to different deities, among them Tawesert, Apis bull, Anubis, Djehuty, Horus, Isis, Ptah Patek, Khnum as well as other faience amulets in the
shape of the Udjat eye, the white and red crowns, the Wadjat column along with five bronze amulets for deities.

Three alabaster canopic jars and writing tools such as ink pots with pens were found along with several papyri written in demotic and heretic while a third pile has chapters from the Book of the Dead. Names of two ladies were mentioned for the first time ever as their names were found engraved on a false door. The first lady was named Subek Sekt and the second Mafy.

Sabri Farag, Director General of Saqqara Necropolis said that a collection of baskets and ropes made of papyri was also found along with 30 clay pots and human burials where a head rest, alabaster and bronze jars were found inside a wooden sarcophagus.

A large number of decorated stone reliefs and blocks along with parts of false doors were also found among which two blocks representing a part of the lintel of Ankh Mahur,’s tomb one of the Old Kingdom Vizier.

Orascom Investment Holding (OIH) is the sponsor of such discovery event according to the request it submitted to the ministry of antiquities to sponsorship a number of events and archaeological discoveries in accordance with the newly launched commercial
sponsorship regulation.

Engineer Naguib Sawiris, the Executive Chairman of the OIH affirmed that the company’s care stems from the interest of the company to develop archaeological field and sites and to show the exceptional richness of the Egyptian civilization and to attract the attention
of the world towards its magnificent monuments and great civilization so that it becomes the focus of the world as it deserves.

The heads of the American Research Centre in Cario and the responsible of culture at UNESCO were also among the attendees.