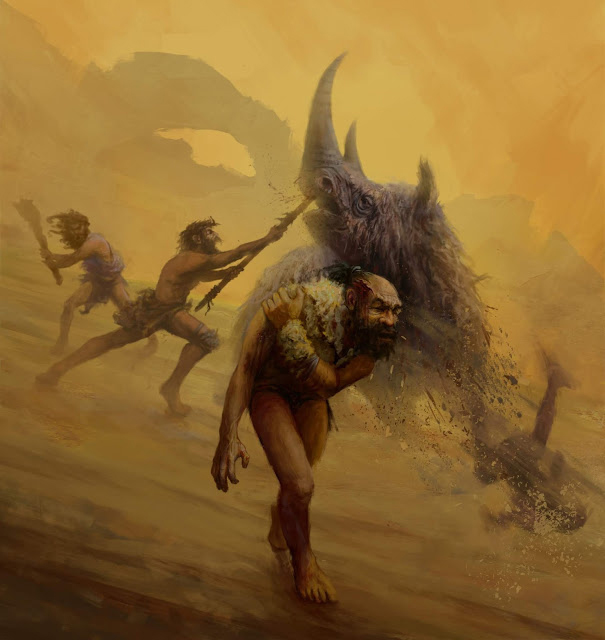 A team of University of Tübingen researchers led by Professor Katerina Harvati has shown that Neanderthals sustained similar levels of head injuries to the earliest anatomically modern humans in Eurasia. This result contradicts previous views that Neanderthals were characterized by exceptionally high rates of trauma. The study, authored by scientists from Paleoanthropology, Senckenberg Centre for Human Evolution and Palaeoenvironment, and the Institute of Evolution and Ecology at the University of Tübingen, is published in Nature.

The life of Neanderthals, who lived in western Eurasia from approximately 400,000 to 40,000 years ago, has long been portrayed as harsh and dangerous. This view is in part based on unusually high incidence of traumatic injuries described for Neanderthal fossils. Neanderthal injuries are thought to be most often concentrated on the head and to result from several possible causes, including violent social behavior, a mobile hunter-gatherer-lifestyle in Ice Age environments where accidents would be common, and attacks by carnivores such as cave bears or cave hyenas.

Importantly, Neanderthals are thought to have relied on close range weapons, such as stabbing or thrusting spears, and therefore to have repeatedly come into close range confrontations with large prey animals during hunting. High levels of head injury in Neanderthals, therefore, have been used to infer not only dangerous lifestyles, but also violent behavior and inferior hunting techniques. Until now, however, these inferences were mainly based on case by case reports of injuries on specific individual skeletons, rather than on population-wide statistical analyses.

In their new study the Tübingen scientists applied a quantitative, population-wide analysis of head trauma among Neanderthals and Upper Paleolithic modern humans from Western Eurasia to test this hypothesis. They used a newly compiled database of several hundred fossil specimens, both with and without injuries, and rigorous statistical modelling accounting for sex, age at death, geography and state of preservation of the bones. None of their models revealed significant differences in trauma prevalence between the two groups.

“Our findings refute the hypothesis that Neanderthals were more prone to head injuries than modern humans, contrary to common perception”, explains Professor Katerina Harvati. “We therefore believe that the commonly cited Neanderthal behaviors leading to high injury levels, such as violent behavior and inferior hunting capabilities, must be reconsidered.”

The researchers found that males were more frequently injured than females among both Neanderthals and early modern humans, a finding consistent with observations in more recent human groups, explained by division of labor between men and women or by other culturally determined sex-specific behaviors and activities. Beyond these similarities, the researchers also found interesting differences.

“While Neanderthals and Upper Paleolithic modern humans exhibited a similar prevalence of trauma overall, we found a different age-related trauma prevalence for each species”, explains Judith Beier, first author of the study. This could mean that Neanderthals were more likely to be injured at a younger age than Upper Paleolithic modern humans. Alternatively, it could be related to differences in long-term survival after a (non-lethal) injury.

“The age-related pattern is a novel finding”, explains Harvati. “Overall, however, our results suggest that Neanderthal lifestyles were not more dangerous than those of our ancestors, early modern Europeans.”