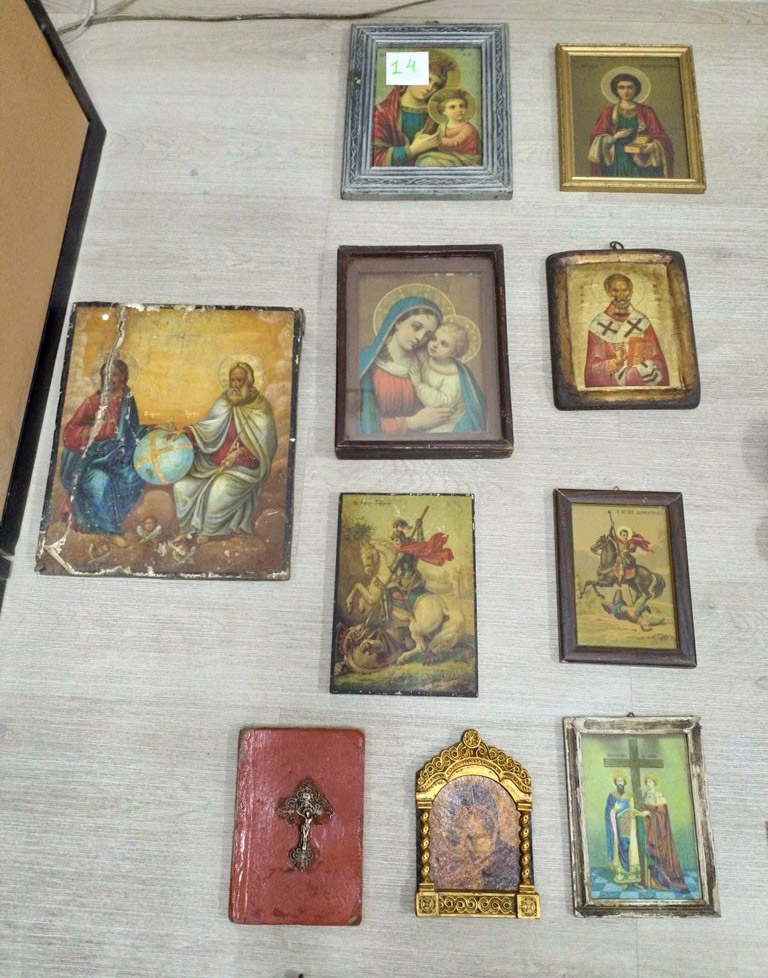 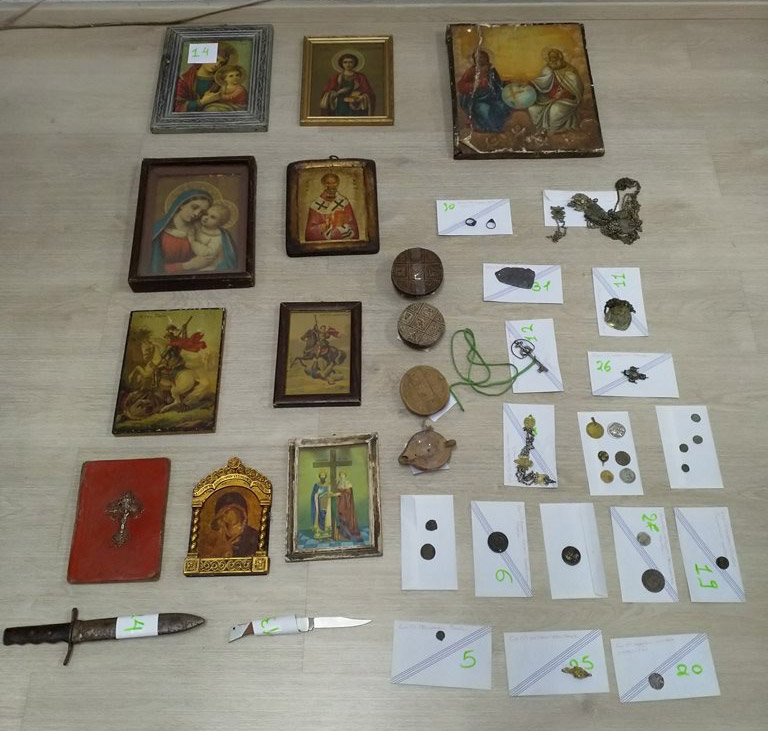 Found after raid by police

Religious icons, coins and other artefacts were located in a car and houses belonging to a couple, following a surprise raid by police officers of the Security Sub-division of Ioannina. A man of 55 and woman of 50 were arrested on Thursday, November 15, 2018 and charged with violating the law regarding the protection of antiquities and cultural heritage as a whole, as well as violating the law on arms.

Specifically, as part of utilizing data regarding the illegal possession and concealment of artefacts that come under the law on antiquities, the two perpetrators were caught on the Egnatia Highway (near Tyria) entering their car and after a search, the following were found, among other things inside the car and confiscated: an icon depicting the Holy Trinity, three wooden seals and a book of psalms with an appliqué cross from the early 20th century. Two Byzantine coins were also found, a coin of the Ottoman period, a coin from the time of Kapodistrias, four Hellenistic bronze coins, a Roman coin possibly of Marcus Aurelius and a clay oil lamp of the late Roman era.

Moreover, in investigations conducted in the perpetrators’ homes in areas of Thesprotia, among other things to be found and confiscated was a bronze coin of the Roman era, a silver medieval coin and two coins of the Ottoman period.

According to the report by an archaeologist of the Ephorate of Antiquities of Ioannina, all the above confiscated artefacts come under the provisions of the law for the protection of antiquities and cultural heritage in general.

As part of this operation, also to be confiscated among other things, were various icons and bronze jewelry. According to the announcement by the Hellenic Police, the whereabouts of the confiscated items are currently being investigated.