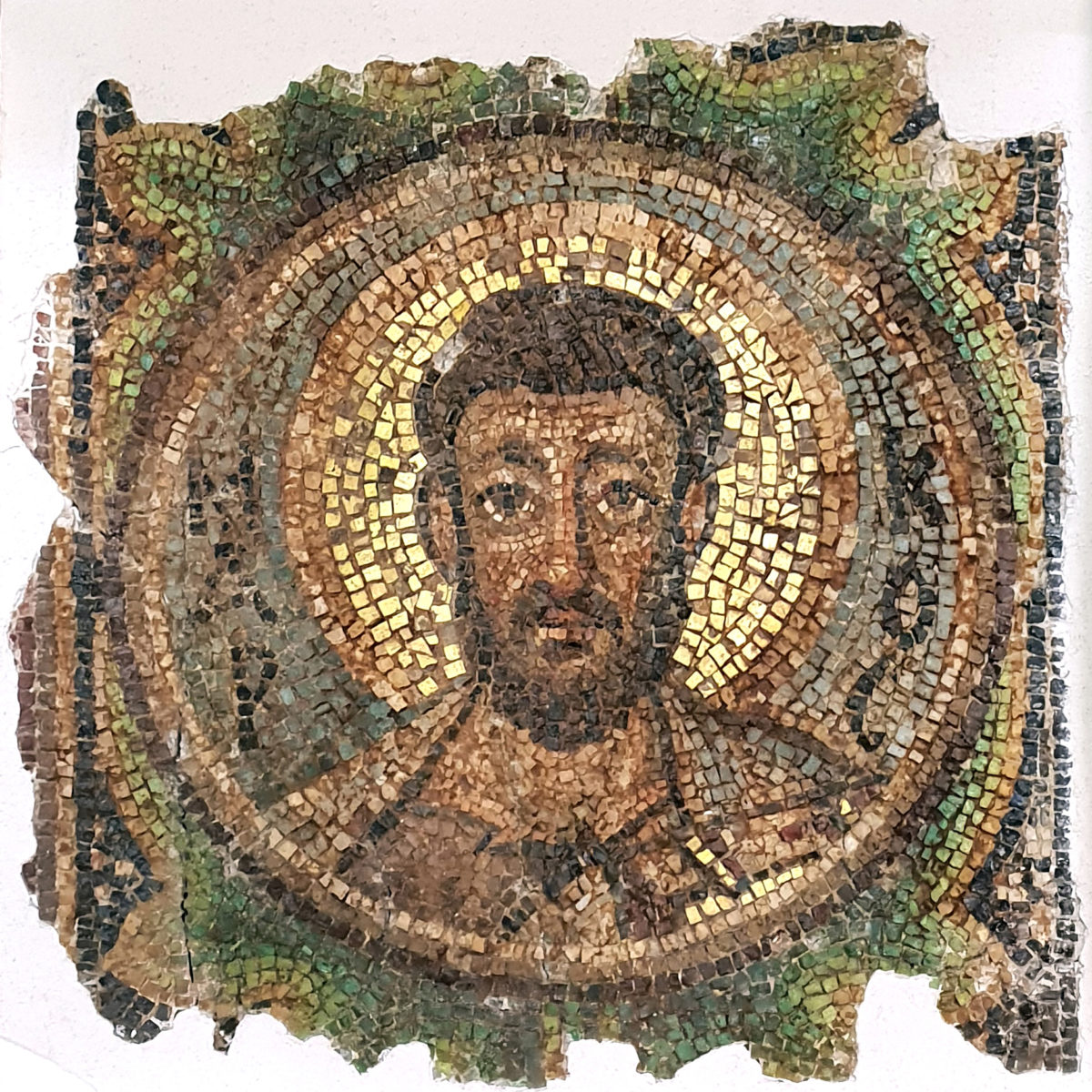 Repatriation of the mosaic of Apostle Markos to Cyprus

It adorned the occupied Church of Panagia Kanakaria in Lythragkomi

The Department of Antiquities, Ministry of Transport, Communications and Works, announces that the mosaic of Apostle Markos, which adorned the apse of the occupied church of Panagia Kanakaria in Lythragkomi, Famagusta District, has been repatriated to Cyprus from the Netherlands. The mosaic was located in the Principality of Monaco by the Dutch private detective Arthur Brand, known for tracing major works of art, working with the police authorities of many countries. Information about the mosaic was originally provided to the Cypriot authorities in 2016 by AHEPA, a Greek-American organization in the USA.

The walled mosaics of Panagia Kanakaria, dating back to the 6th century AD are highly important works of art and among the few remaining early Christian mosaics in the world. The mosaic of Apostle Markos was violently detached and stolen from the church, between 1977-79 by the Turkish looter and art dealer Aydin Dikmen, along with the rest of the mosaics depicting the Apostles and other saints. The mosaics were broken down in pieces and found their way in the art markets of the world.

The mosaic of Apostle Markos was handed over by Arthur Brand at the Embassy of the Republic of Cyprus in The Hague, in the presence of the Ambassador Mr. Elpidoforos Economou, Mr. Martin Finkelnberg of the Dutch Police and of the team travelling from Cyprus, composed of the Director of the Department of Antiquities Dr. Marina Solomidou-Ieronymidou, the Legal Counselor of the Holy Archbishopric of Cyprus Mr. Leonidas Georgiou, the Inspector Officer of the Assistant Chief of Police Mr. Michalis Gavrielides and the Conservator specialist in mosaics of the Department of Antiquities Dr. Eleftherios Charalambous. The repatriation was made possible through the coordinated actions of all involved authorities of the State including the Legal Service of the Republic, the Department of Customs and Excise and the Church of Cyprus.

The Department of Antiquities, in cooperation with all responsible authorities and bodies, continues its efforts to repatriate the remaining mosaics from the Church of Panagia Kanakaria, as well as all other cultural treasures illicitly removed from the occupied areas of Cyprus.