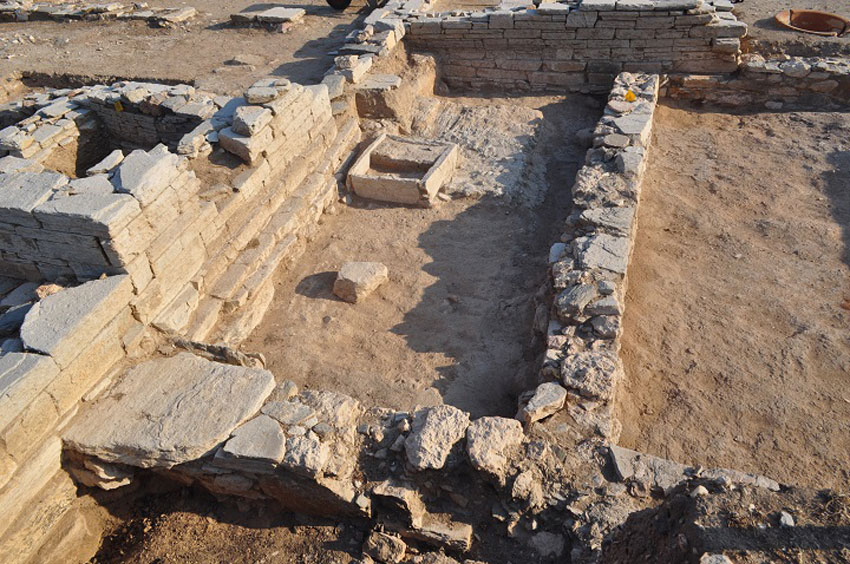 New data from excavations in the Thermaic Gulf

New data resulting from archaeological excavations over the last decades in the region of the Thermaic Gulf was presented at an event organized by the Greek Archaeological Committee UK at King’s College, London. The guest speaker was Stelios Andreou, professor emeritus of Prehistoric Archaeology at the Aristotle University, who since 2006 is head of excavation works in Toumba,Thessaloniki.

During his lecture entitled “The region of the Thermaic Gulf during the Late Prehistoric period: Recent archaeological research at Toumba, Thessaloniki and in the Anthemoundas valley”, the audience was informed about political, social and cultural structures and even technological innovations in Central Macedonia during the kingdom’s heyday.

According to the professor ,these processes were particularly complex and evolved over a long period, while the excavations and studies in Toumba and the Anthemoundas valley (south east of Thessaloniki, conducted  in collaboration with the archaeological service and Poznan University, Poland) shed light on the beginning of these processes from the 12 c. BC to 800 BC.

Excavations both in the settlement of the Late Bronze Age and the Early Iron Age in Toumba and the surface survey in the Anthemoundas valley showed the organization in groups of the region’s settlements- most of them being very small- where a leading role was played by some larger ,agriculturally stronger communities. The latter lived on small hills which were usual in Central Macedonia and had been created by repeated habitation over time in the same demarcated spot. The settlement of Toumba in Thessaloniki is the most impressive and possibly the most powerful in the region of the Thermaic during the last centuries of the 2nd  millennium.

“The developments of the 2nd millennium continued in the first centuries of the 1st millennium without major upheavals, but with shifts in the social structures of the communities that led to the creation of some centres with larger populations, shifts in the seats of power, cultural diversity and the emergence of new cultural identities”, says the professor emeritus to the Athens and Macedonia News Agency and adds: “These innovations coincided with the increased frequency in exchanges and movements of people such as merchants and craftsmen etc. from other parts of the Aegean to some of the communities in the gulf and to the founding of colonies. There was thus a strengthening in processes of change in ways of life that had already been developing since earlier times and creating a new, cosmopolitan atmosphere in the region of the Thermaic”.

According to Mr. Andreou, “the material remains that were found in the region of the Thermaic Gulf were indicative of the new historical and cultural conditions that started to be shaped during this period and continued to develop and acquire strength over the centuries to follow”.

The Greek Archaeological Committee UK was founded in 1986 by Matti Egon-Xyla. To date, it has held 56 talks by eminent archaeologists from Greece and Cyprus, organized two main lectures annually, while among its objectives is to award scholarships to outstanding graduates in archaeology so as to continue their studies at a British university.