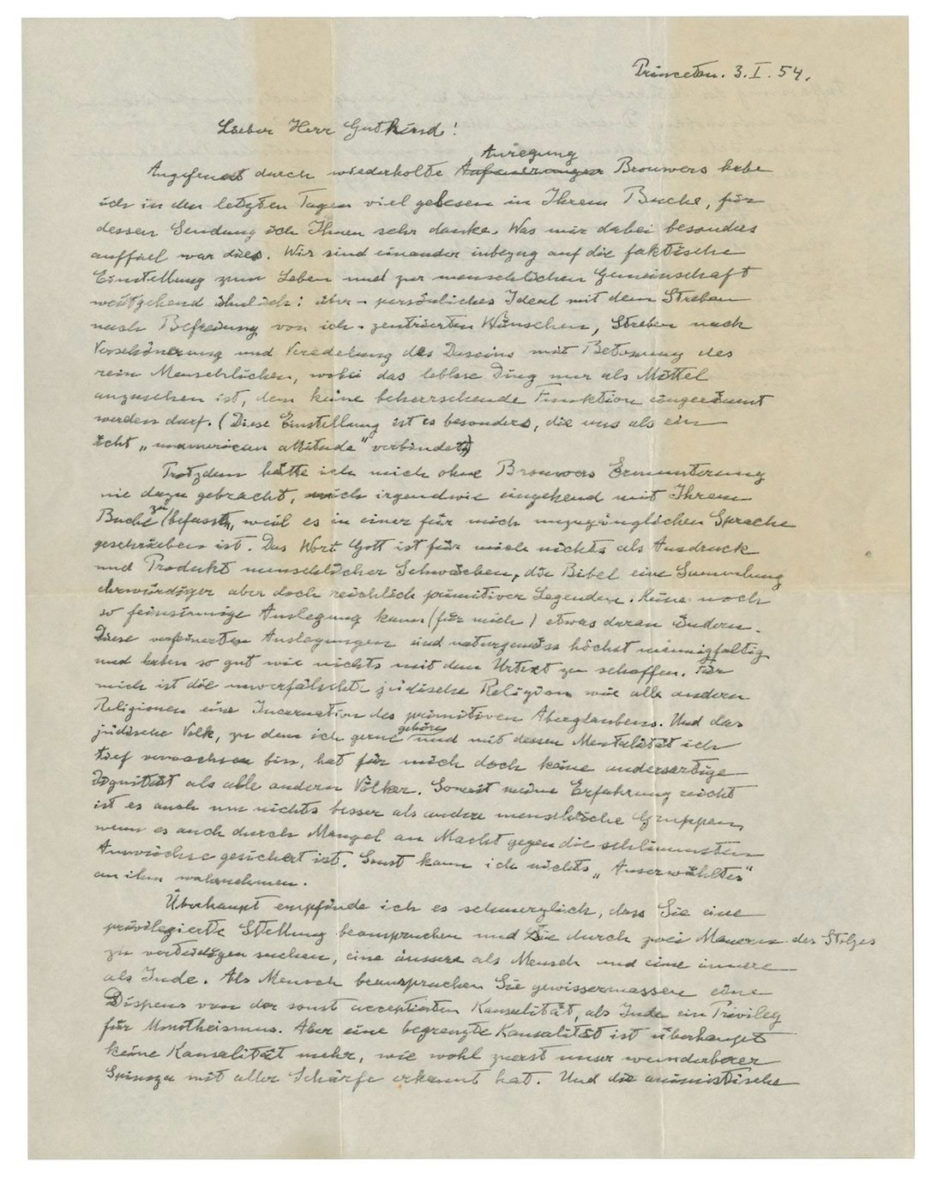 A handwritten letter by Albert Einstein in which he expressed his opinions on religion and God, went under the hammer at Christie’s New York for almost 3 million dollars.

The “God Letter” as it is known, one and a half pages long and written in German in 1954, “fetched” $2.89 million, almost double the estimated price, according to the “Guardian” newspaper.

The letter, addressed to the philosopher Eric Gutkind as a response to his book “Choose Life: The biblical Call to Revolt,” contains sentences such as “The word God is for me nothing but the expression of and product of human weaknesses, the Bible a collection of honorable but still rather primitive legends, that are quite childish.”

This sentence has been seen as proof that Einstein was an agnostic, but in other cases he himself had stated that he did not like to be given this “label” because he did not feel that way.

In the same letter, Einstein, who was a Jew, expresses his disappointment with the Jewish religion which is, he writes “like other religions, the incarnation of the most childish superstitions.” About the Jews he says that “for me they have no different qualities than other people and they are no better than other human groups.”

The letter that was among other papers of Gutkind, went up for auction for the first time in 2008 and had been sold for £170,000. In fact, at the time, Richard Dawkins, the well known British evolutionary biologist and “father” of the new atheism, had failed to purchase it.

According to Einstein’s biographers, he was religious as a child, but at the age of 13 decided that religion was a deception and abandoned his uncritical religious faith. Later he declared he believed in “the god of Spinoza”, who is revealed in the harmony of the universe but is not concerned with the actions and fate of human beings.