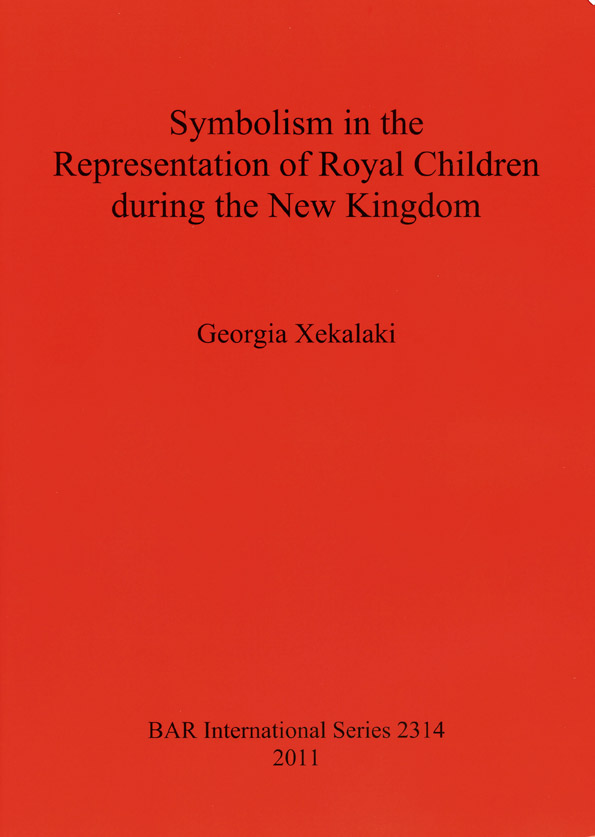 Georgia Xekalaki, Symbolism in the Representation of Royal Children

During the New Kingdom

The subject of this work is the way that symbolism operates in official representations of the pharaohs’ sons and daughters, during the historical period widely known as the New Kingdom (1550-1069 BC).

The use of symbols in different expressions of Egyptian culture has been widely mentioned, and has been discussed from many different angles. Scholars have also analysed the identity and function of various royal children through historical and genealogical works. However, there has been little attempt to associate general ideas about visual and verbal symbolism with the royal children as a socially homogeneous group. This work therefore aims to explore and explain what lies beneath the choice, the variation and the evolution of symbols used in the royal children’s iconography and imagery.

In the course of the five chapters of this book, the royal children are seen in analogies between divine and royal families. Through a groundbreaking methodology and the use of a detailed image catalogue, the author explains the way in which the royal children became an official link between the king and leading non-royals.