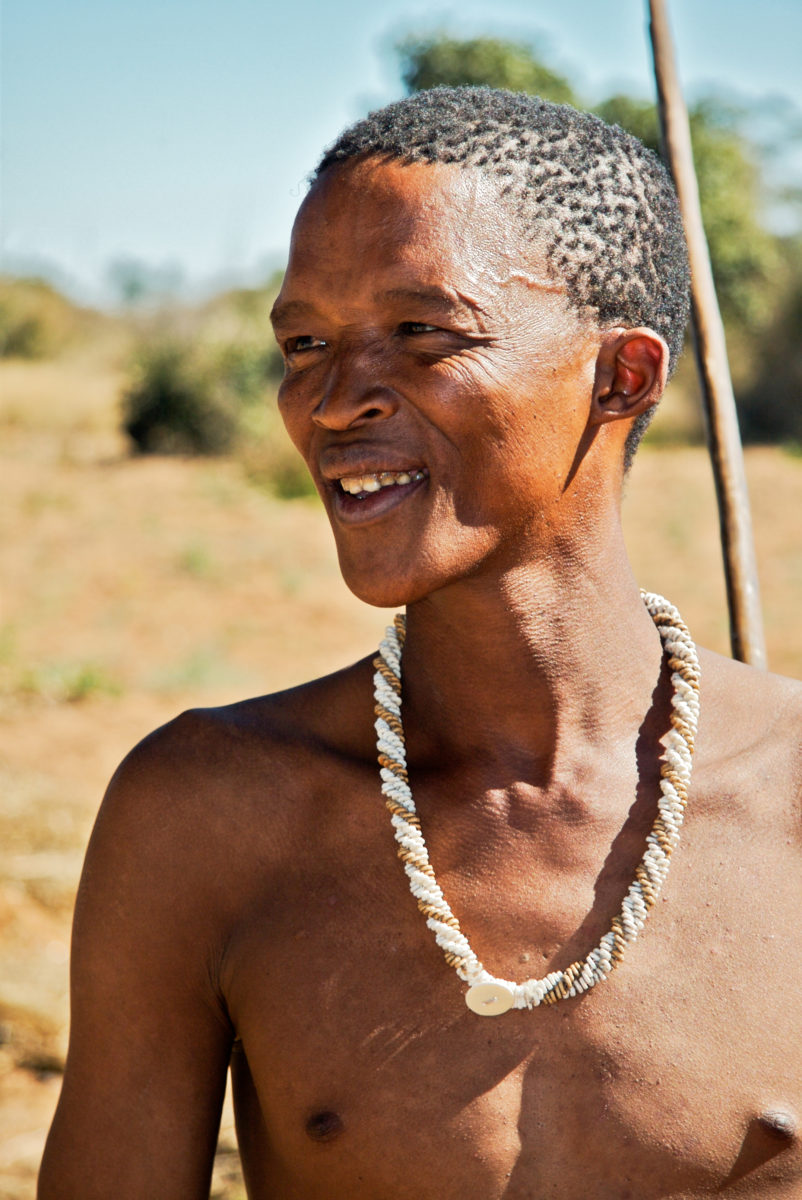 Populations of indigenous people in southern Africa carry a gene that causes lighter skin, and scientists have now identified the rapid evolution of this gene in recent human history.

The gene that causes lighter skin pigmentation, SLC24A5, was introduced from eastern African to southern African populations just 2,000 years ago. Strong positive selection caused this gene to rise in frequency among some KhoeSan populations.

UC Davis anthropologist Brenna Henn and colleagues have shown that a gene for lighter skin spread rapidly among people in southern Africa in the last 2,000 years.

This is a “rare example of intense, ongoing adaptation in recent human history and is the first known example of adaptive gene flow at a pigmentation locus in humans,” according to the paper published online in the Proceedings of the National Academy of Sciences on Dec. 10.

The findings are based on research by multiple scientists. The primary author, Meng Lin, conducted the research as a graduate student at Stony Brook University, working with anthropologist Brenna Henn, now of the University of California, Davis, Genome Center and Department of Anthropology. Lin is now a post-doctoral researcher in genetics at the University of Southern California.

In previous work, the researchers looked at pigmentation variation in two KhoeSan populations from South Africa by performing a genome-wide association analysis in about 450 individuals. They followed up on the top associated gene, SLC24A5, by simulating population histories with and without positive selection. The DNA and pigmentation sampling took place in the Northern Cape of South Africa in the southern Kalahari Desert and Richtersveld regions.

Individuals who carry two copies of the lighter pigmentation gene are 14 percent lighter-skinned than the population average, the researchers said. The gene SLC24A5 plays a key role in the genetic basis of light skin pigmentation.

While light skin is often associated with European ancestry, even in South Africa, the present-day Khoekhoe and San did not experience enough recent migration to account for the frequency of the gene. Rather, strong positive selection during the past 2,000 years was the only way to explain the current distribution. The gene, which is also present in people from the Near East and eastern Africa, was probably initially brought into the region by only a small number of individuals.

The actual source of the positive selection is not clear. The researchers theorize that a shift from consuming vitamin D-rich marine animals to consuming pasture animals, or a reduction in exposure to ultraviolent rays, might have changed skin pigmentation over time.

“While the biological cause of the selective event merits further investigation, we have demonstrated an unusual rapid case of selection for lighter skin pigmentation based on a recently introduced allele less that 2,000 years ago, the first case of pigmentation adaptation from migration in humans,” the paper concludes.