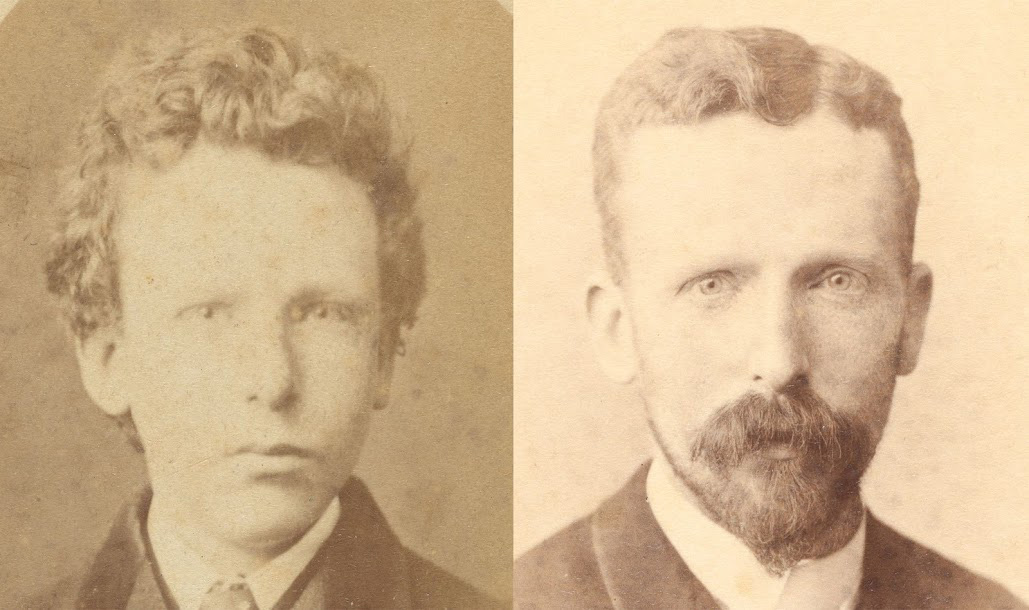 A photograph that was long thought to be of the 13-year-old Vincent van Gogh has now been proven to be a portrait of his brother Theo van Gogh, aged 15.

This is the conclusion after new, in-depth research conducted by the Van Gogh Museum and Yves Vasseur (General Commissioner of Mons 2015 European Capital of Culture). Forensic examination has confirmed the misidentification.

Willem van Gogh (Advisor to the Board of the Van Gogh Museum and great-grandson of Theo van Gogh): ‘I was surprised to hear that this photograph is very likely to be of my great-grandfather Theo, and therefore not of Vincent, but I am pleased that the mystery has been solved. It is essential that Vincent van Gogh’s legacy is correctly passed on and preserved, and this research makes a significant contribution to such efforts’.

Vincent van Gogh was not fond of portrait photography, certainly not in later life. There were previously only thought to be two known portrait photographs of Vincent: two prints of – as was believed – a 13-year old boy and one print of a 19-year-old young man. The photograph of the 13-year-old ‘Vincent’ was first publicly presented at a 1957 exhibition organised by Mark Edo Tralbaut (1902-1976), a Belgian Van Gogh researcher.

Tralbaut had identified the boy in the photograph as the 13-year old Vincent, and also gave the photograph the title of ‘Portrait of Vincent van Gogh (circa 1866)’ in the accompanying exhibition catalogue. The photograph since made its way around the world and features in countless biographies. Teio Meedendorp (Senior Researcher at the Van Gogh Museum): ‘The question of whether it could be someone else never came up. There was never any immediate cause for doubt, precisely also because the boy in this photograph bears similarities to the portrait of the 19-year-old Vincent’.

The certainty about the identity of the boy was called into question in 2014. In a Dutch television programme (Fotostudio De Jong, VPRO), the two portraits were used as reference material for a third photograph, and compared with each other using experimental technology. The observation was then made that it was possible that the 13-year-old boy and the 19-year-old young man could be two different people. This unexpected discovery resulted in initial research by the Van Gogh Museum, with the museum concluding that, in any case, the 19-year-old is indeed Vincent van Gogh.

Completely independently from the museum’s research, Yves Vasseur (General Commissioner of Mons 2015 European Capital of Culture and involved with the exhibition Van Gogh in the Borinage, organised at the time) recently began to doubt the identification. Vasseur: ‘I discovered by chance that the photographer who took the portrait in question, Balduin Schwarz, only moved into his photographic studio in Brussels in 1870. I realised that Vincent would have been much older than 13 at the time, and wondered whether it was even possible for it to be him in the photograph. After conducting plenty of my own research, I decided to share my doubts about the identification with the Van Gogh Museum, and we subsequently decided to collaborate to solve this ‘identity crisis’ once and for all’.

The initial doubts automatically raised the question of who the person in the photograph actually is. Vasseur: ‘Considering the striking similarities, the boy in the portrait could very easily be a (close) family member. This brought us to Vincent’s younger brother Theo van Gogh, and this theory was supported by several factors. For example, in 1873, Theo lived in Brussels for a while, the city where the photographer Schwarz worked. We also know from letters that he had a photograph of himself taken in February of that year. He would have been 15 years old at the time’.

The physical features were also investigated thoroughly and compared with each other. The two brothers looked alike. Both had reddish blonde hair, but Theo was a little more slender, had more delicate features, a high, straight forehead and light-blue eyes. Meedendorp: ‘The light colour of Theo’s eyes is especially striking in the known photographs of him, and this can also be seen in the Schwarz portrait. This was another indication that the person in the portrait is probably Theo’.

In order to be absolutely certain, the Van Gogh Museum commissioned forensic examination of the photograph, which was conducted by Zeno Geradts, Professor by Special Appointment of Forensic Data Science at the University of Amsterdam’s Informatics Institute. High-resolution copies of all known photographic portraits of Vincent and Theo were made available to the professor, who subsequently collaborated with two other specialists to examine the images using guidelines issued by the Netherlands Forensic Institute. This forensic examination confirmed the high likelihood of the boy in the photograph being the 15-year-old Theo van Gogh, and not Vincent.

Axel Rüger (Director of the Van Gogh Museum): ‘This discovery means that we have rid ourselves of an illusion, while gaining a portrait of Theo. We have essentially returned to the situation as it always was up to the mistaken identification in 1957, with a single photographic portrait of the young, 19-year-old Vincent van Gogh’