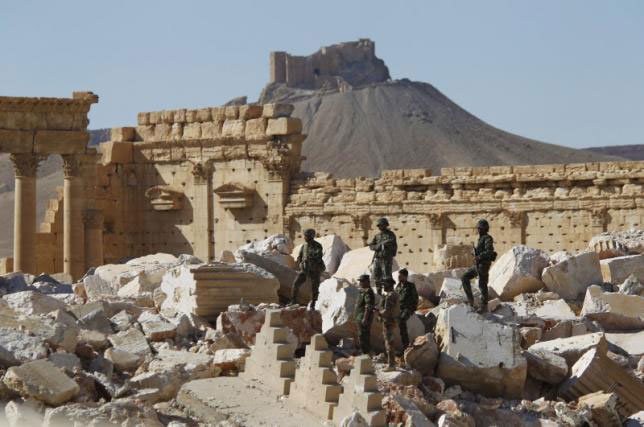 Syria condemns illegal excavations by US, French and Turkish troops

Ministry officials said there had been an increase in excavation work, looting, and theft

US, French and Turkish troops and their agents are being accused by the Syrian Foreign Ministry for illegal excavations in sites such as Manbij, Afrin, Idlib, Hasaka, and Raqqa.

A Foreign and Expatriates Ministry official told the Syrian Arab News Agency (SANA) on Monday that there is an increase in excavation works, looting and thefts of Syrian cultural heritage which contributes to destroying it. According to the report published by SANA: “Such works constitute a new war crime which is added to the crimes committed against the Syrian people, its history and civilization, the Ministry said, adding that the terrorist organizations and their supporters have carried out the acts of robbery of antiquities and the Syrian cultural heritage since the beginning of the terrorist war on Syria as part of a scheme aimed at destroying the Syrian civilized and cultural heritage and to depriving the Syrian people of their past.”

The Syrian Foreign Ministry called on the UNESCO to condemn these violations of the Syrian cultural heritage and to expose the tools implemented and those behind them.

Earlier on Sunday Syrian Director General of Museums and Antiquities Mahmoud Hammoud said the U.S., French and the Kurdish-led Syrian Democratic Forces (SDF) are looting artifacts in the Um al-Sarj mountain. He also said that the illegal “excavations, looting and robbery are also taking place in the archaeological tombs in the eastern side of Manbij”, and described these acts as “crimes and a violation of the Syrian sovereignty”.

Hammoud said “We hope that the Syrian army would return peace and security to all those areas soon because it’s the only force capable of protecting our heritage”.