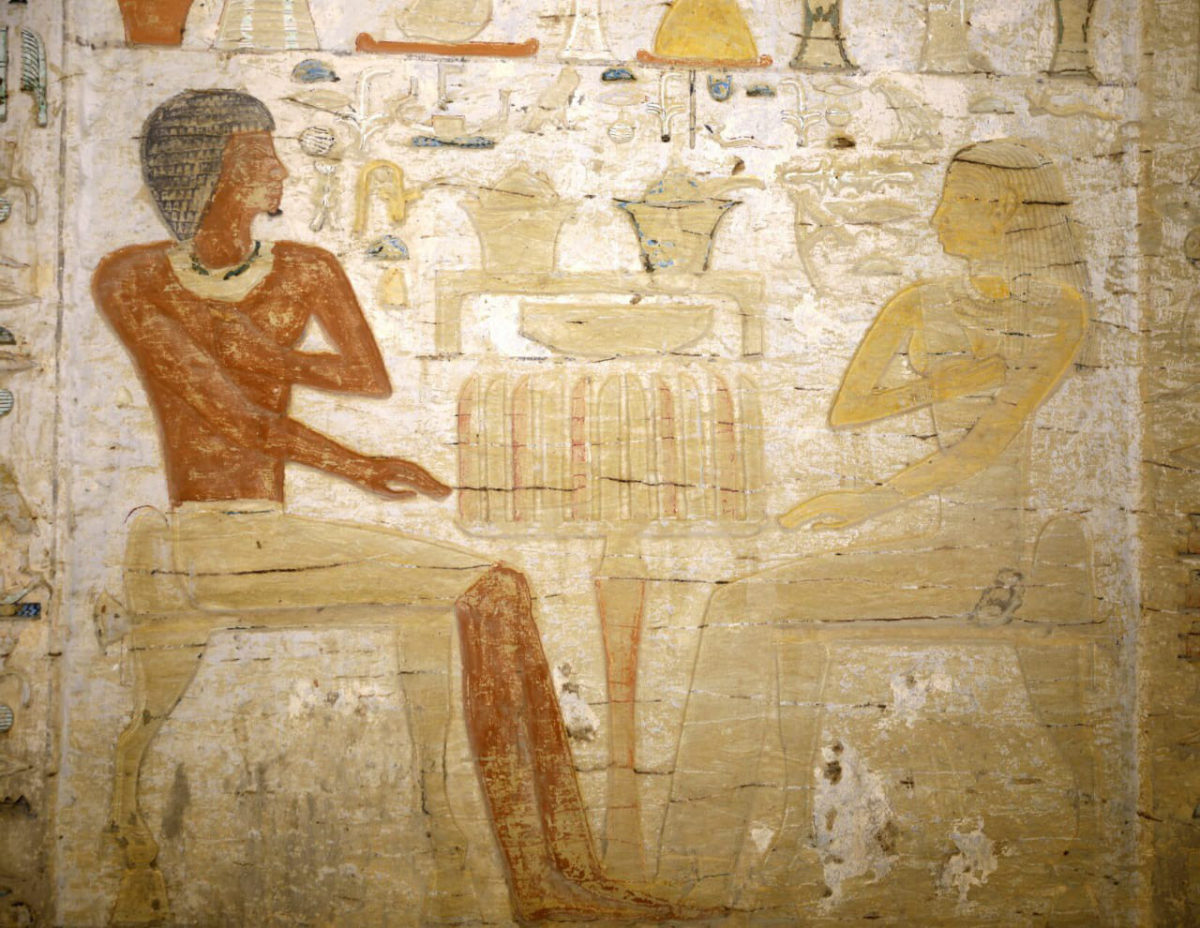 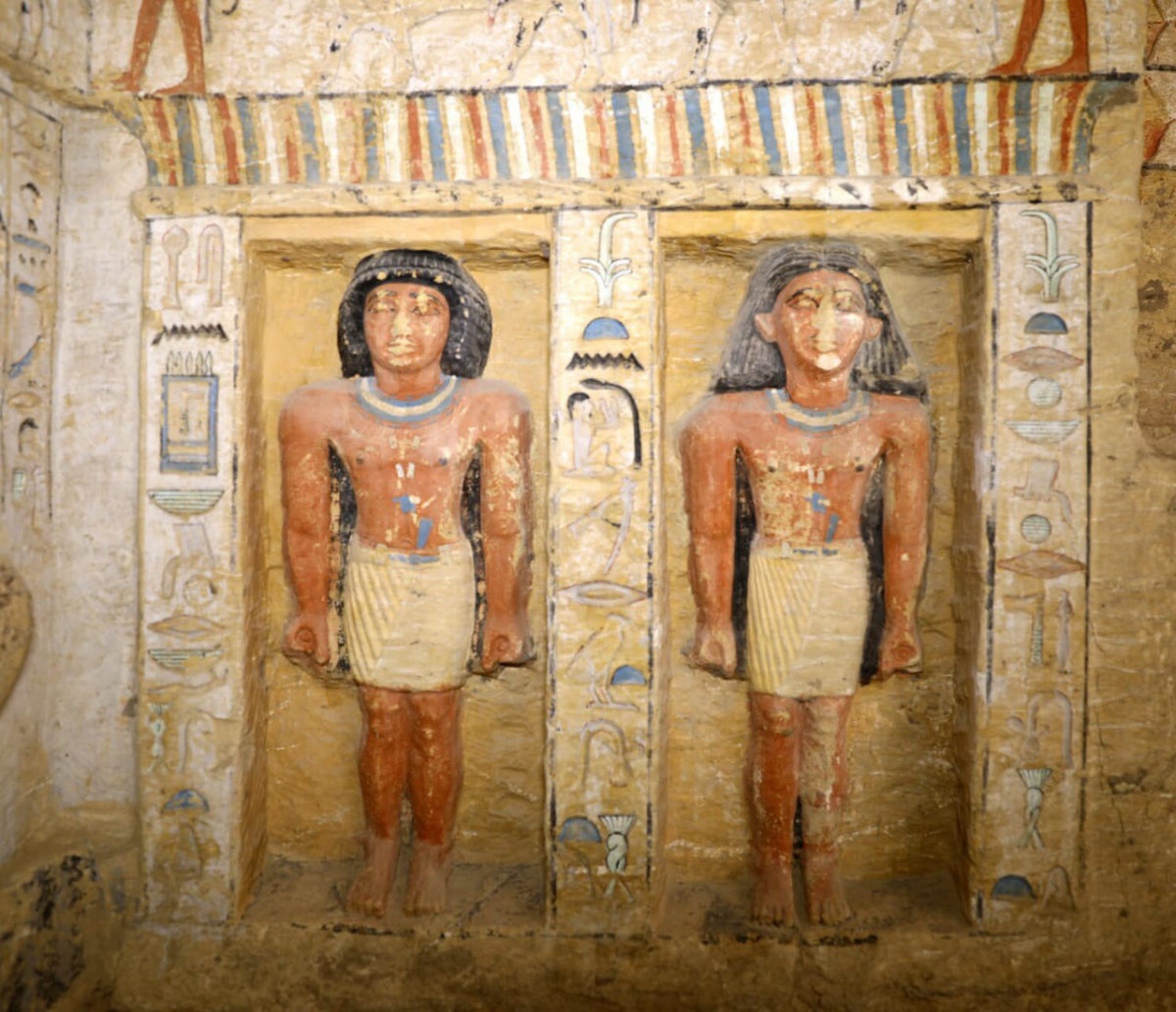 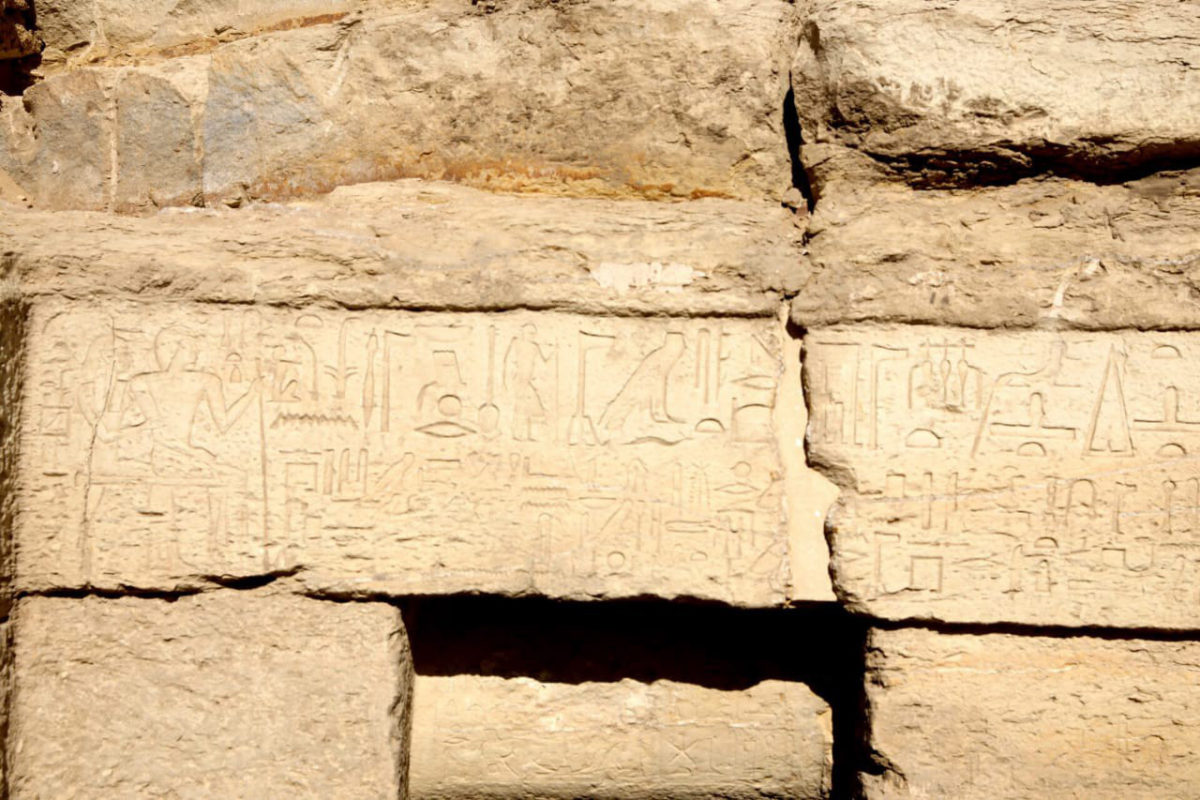 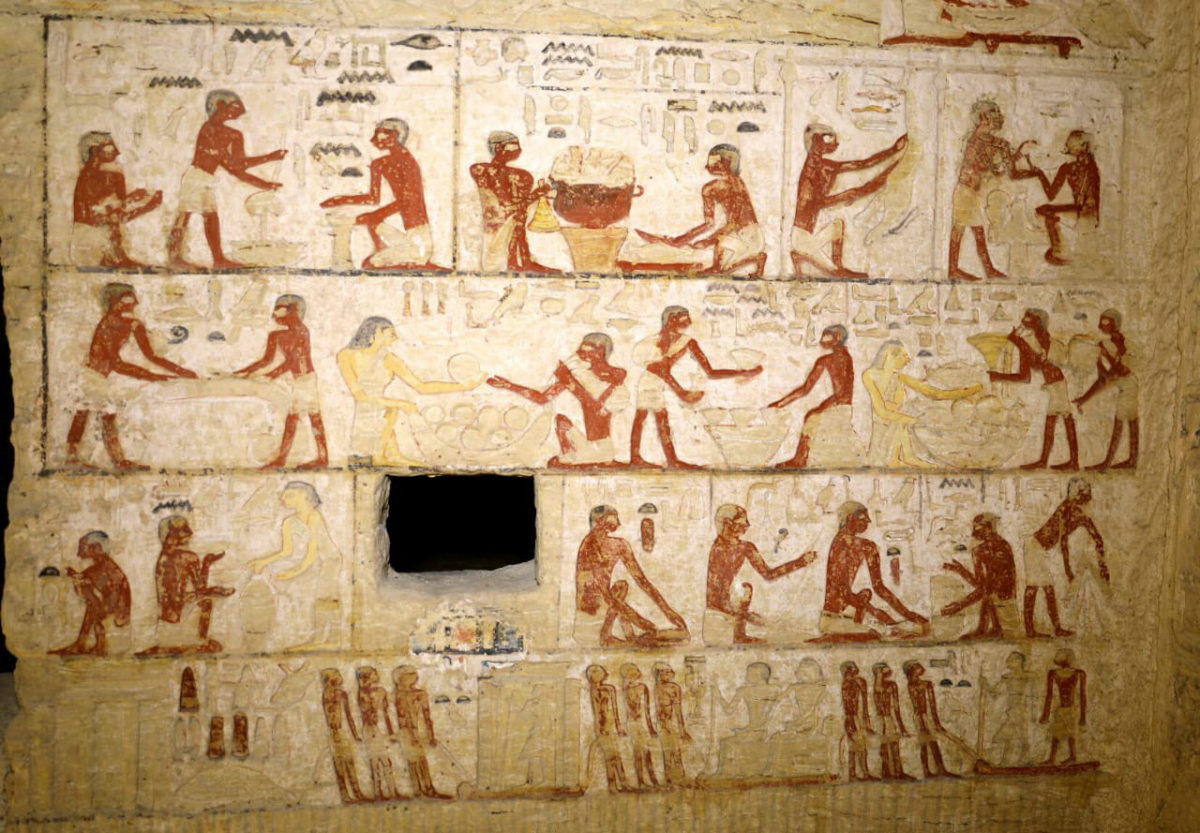 At the Sacred Animal Necropolis

An Egyptian archaeological mission working at the Sacred Animal Necropolis in Saqqara has uncovered a Fifth Dynasty tomb belonging to the royal Purification Priest during the reign of King Nefer Ir-Ka-Re.

He pointed out that the tomb is exceptionally well-preserved with walls decorated with colored scenes depicting royal priest “Wahtye” with his mother, wife and family as well as a number of niches (sanctuaries) with large colored statues of the priest and his family .

Secretary General of Supreme Council of Antiquities and the head of the excavation mission Dr. Mostafa Waziri explained that the mission was able to uncover the facade of the tomb during its second excavation season in November, but could not enter as the doors were sealed.

As the excavations continued, archaeologists removed the debris from the tomb’s facade and a lintel on top of the tomb’s door was revealed, engraved with three hieroglyphic lines: the name and the different titles of the tomb’s owner, who was the royal purification priest, the supervisor of king Nefer-Ir-Ka-Re and the inspector of the holy boat.

Dr. Waziri added that the tomb’s walls have several coloured inscriptions showing the name of the priest’s wife named “Weret Ptah”, and many scenes featuring the priest with his mother named “Merit Meen” and his family, as well as scenes depicting the manufacturing of pottery and wine, making religious offerings, musical performances, boats sailing, the manufacturing of the funerary furniture and hunting.

Inside the tomb 18 niches displaying 24 large coloured statues carved in rock were found. The statues depict the tomb’s owner and his family.

The lower part of the tomb contains 26 small niches with 31 statues of a yet unidentified person standing or in the seated scribe position. “This statue might belong to the deceased or a member of his family,” Dr. Waziri said. On his part the General Director of the Saqqara archaeological site Sabry Farag said that the tomb consists of a rectangular hall about 10m long from north to south, 3m width from east to west and about 3 m high and a basement at the end of the tomb.

Dr. Waziri said that the tomb contains five burial shafts, as well as two false doors, one belonging to the priest and the second to his mother.