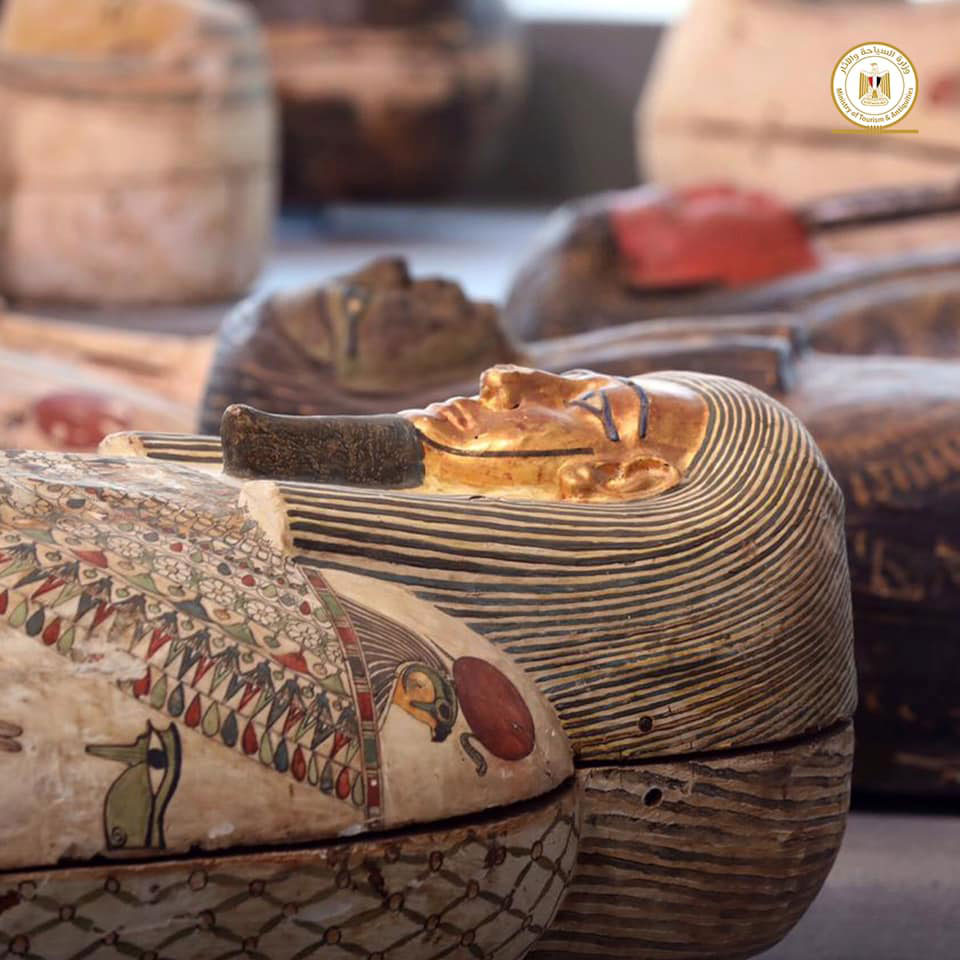 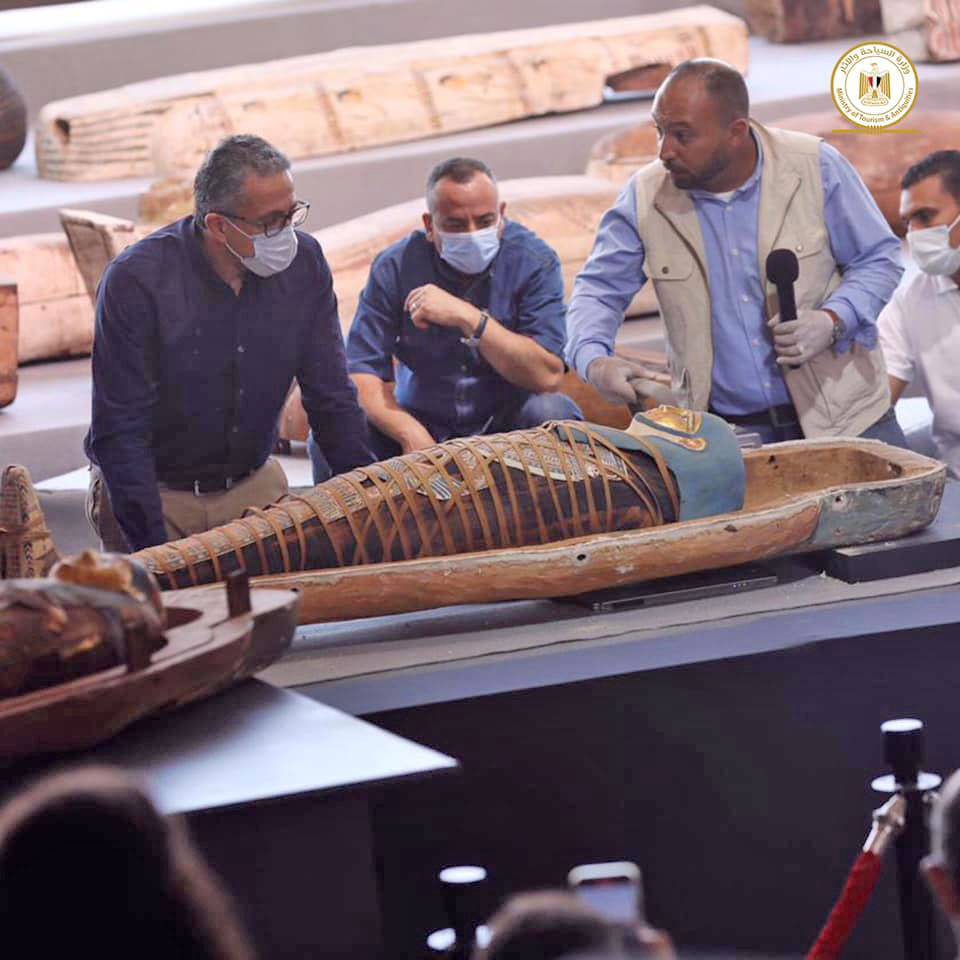 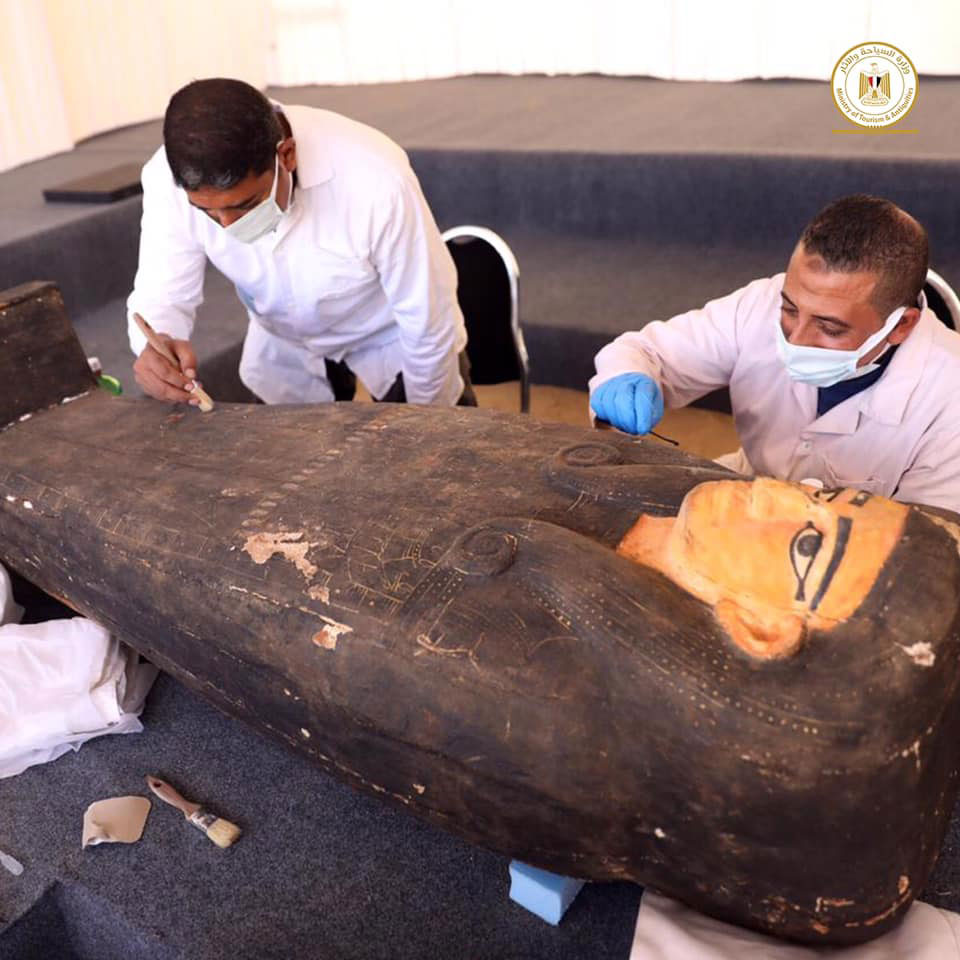 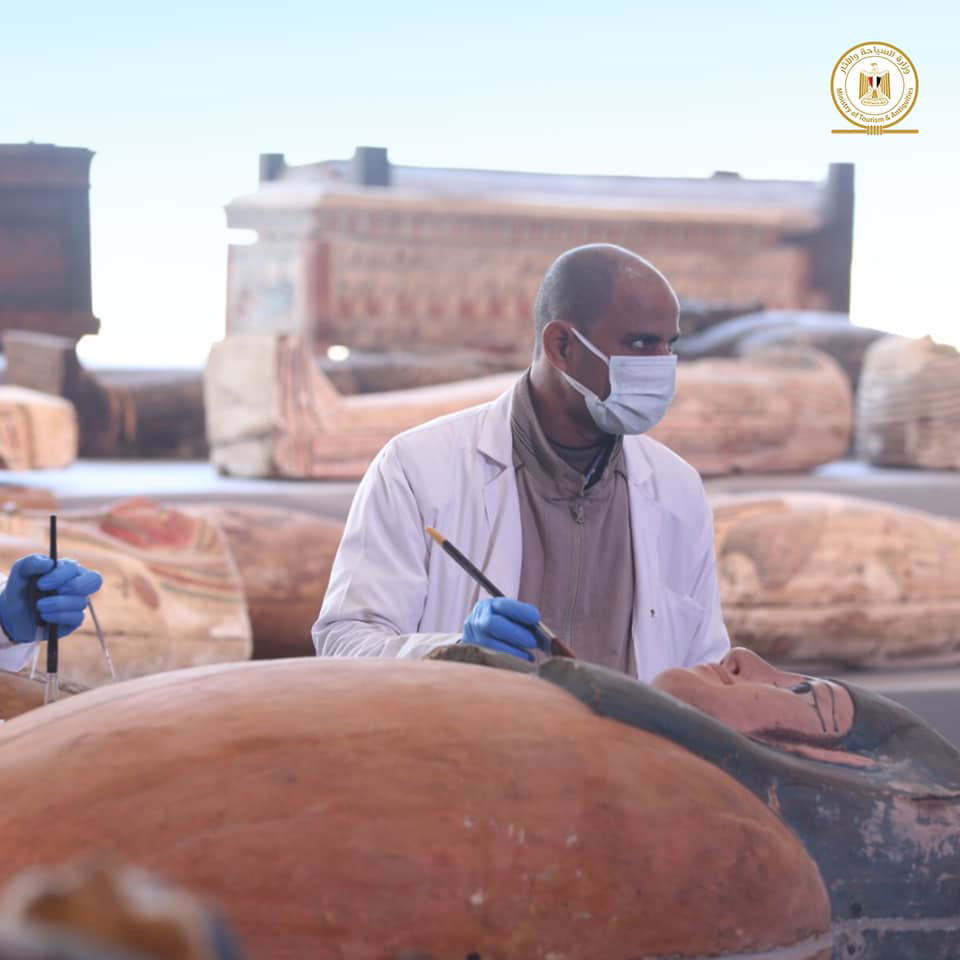 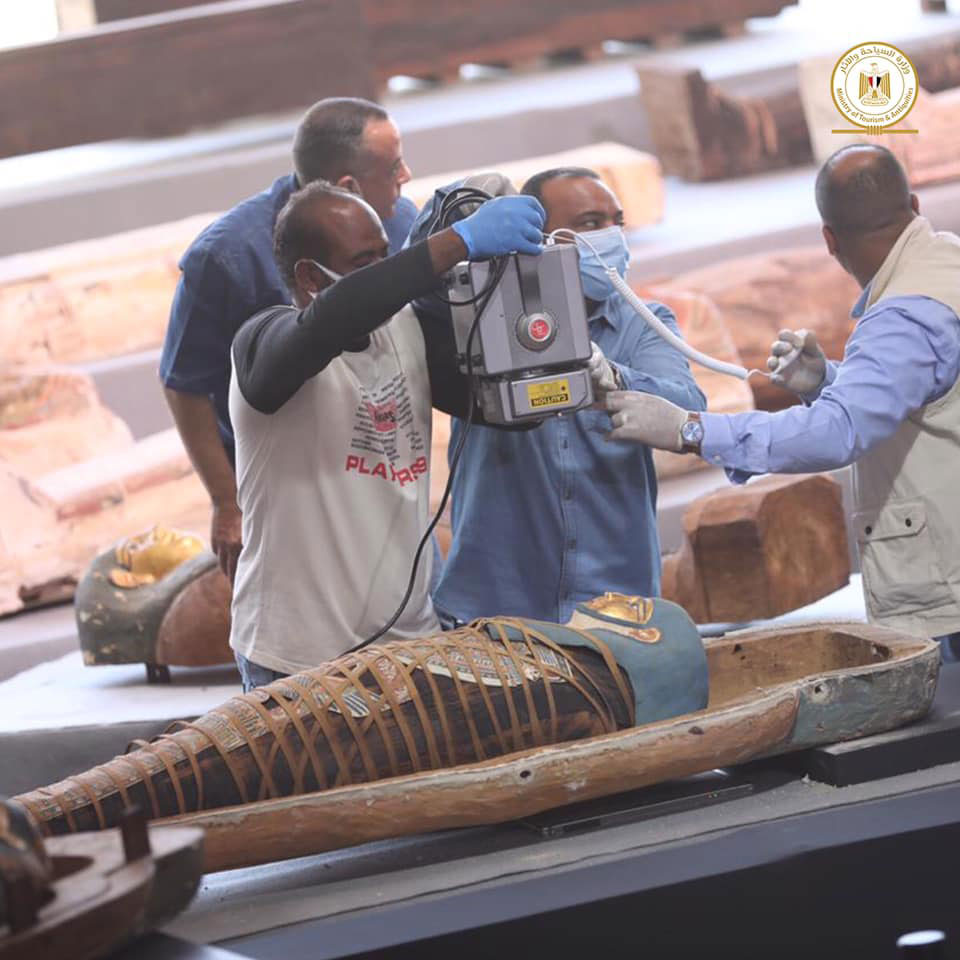 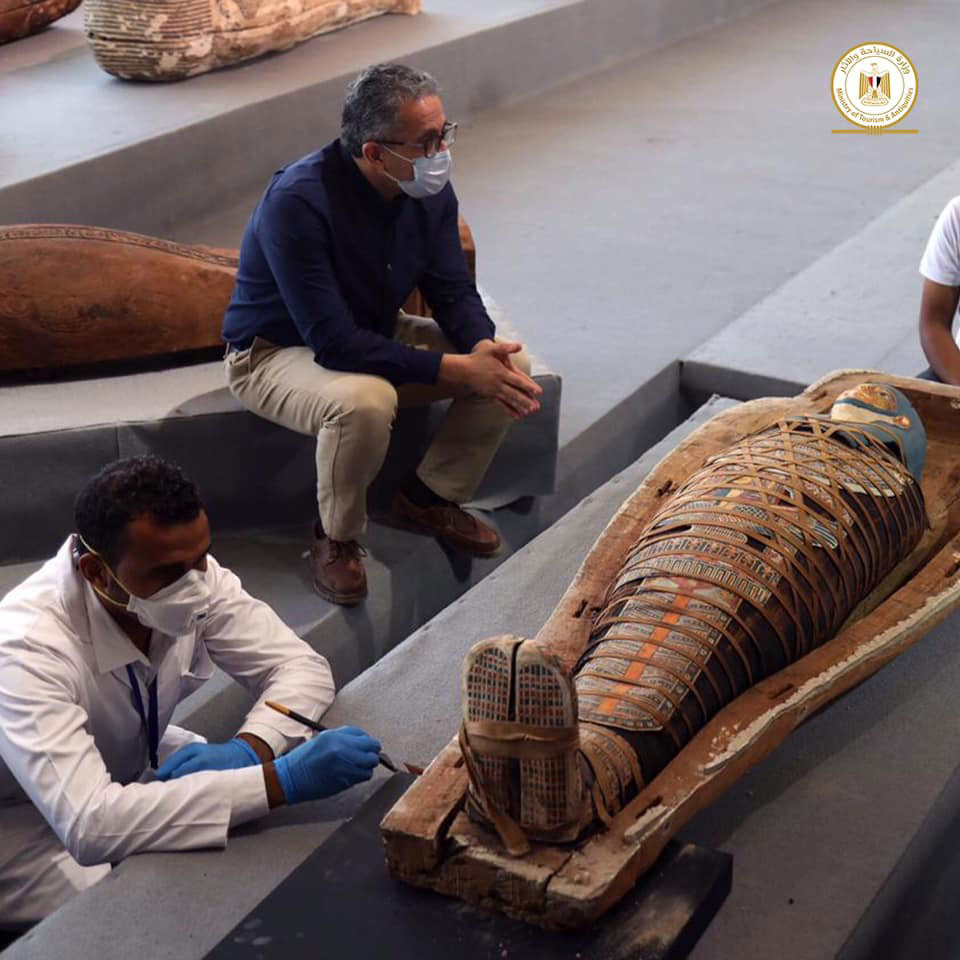 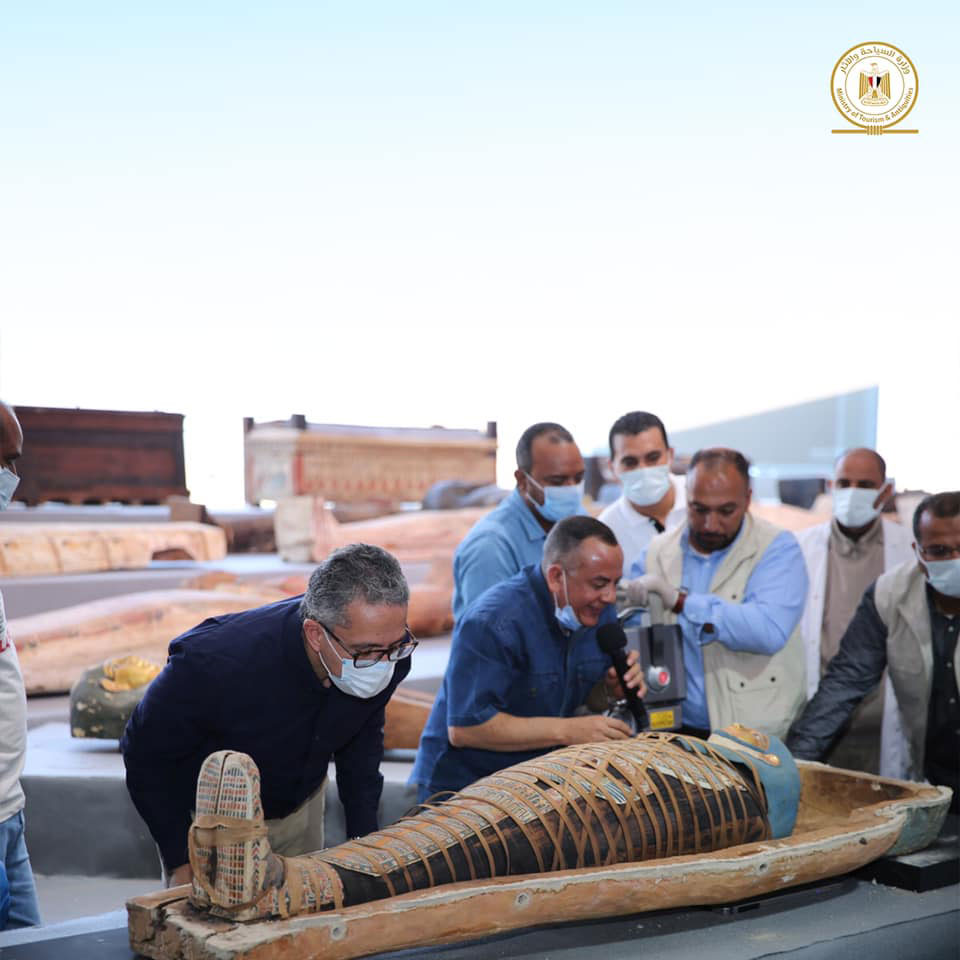 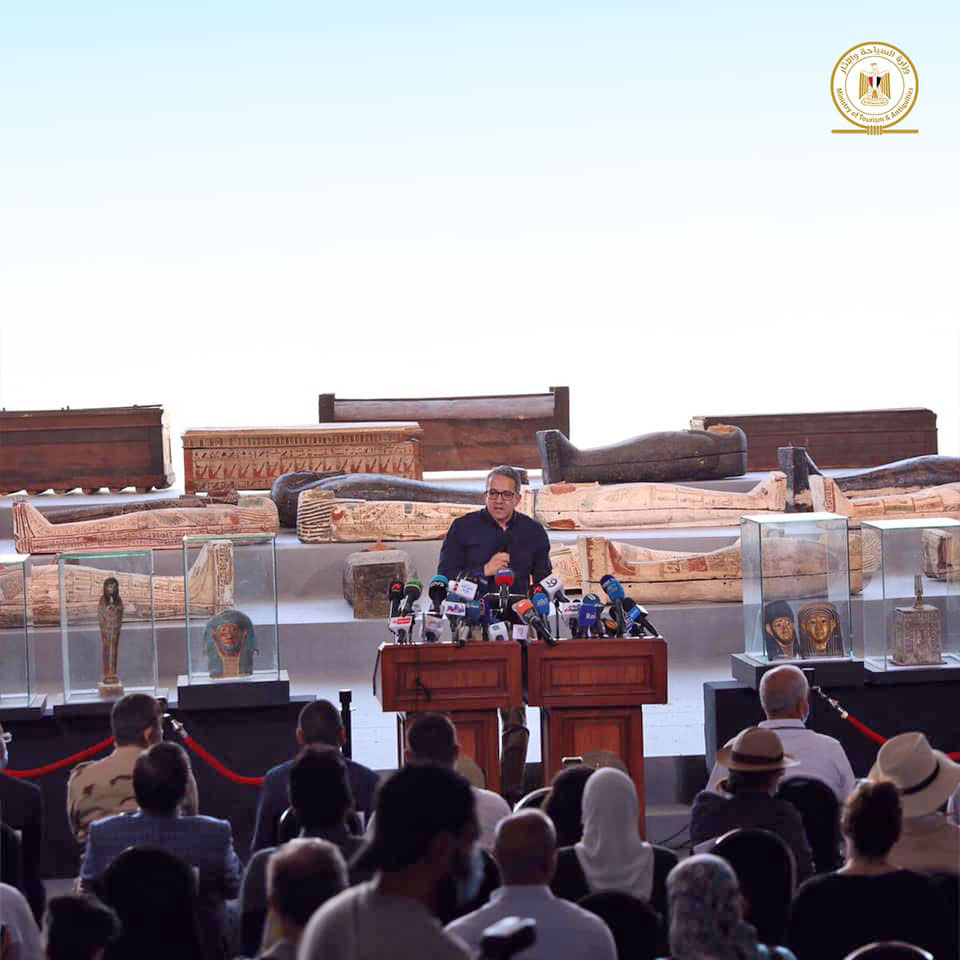 More than 100 sarcophagi found in Saqqara

In three shafts in the area of the Bubasteion.

More than 100 sarcophagi were presented last Saturday in Saqqara as the latest set of finds from the ancient burial ground. It is the same site that gave the 59 coffins presented last month; a discovery deemed then as the greatest one of 2020… till now.

According to the Head of Egypt’s Supreme Council of Antiquities Mostafa Waziri, the 100 wooden coffins were unearthed in the area of the Bubasteion, from three burial shafts, each 12 m. deep. The coffins came out intact and sealed; their colors and gilded decoration survives in a perfect state. The shafts also gave funerary masks and 40 wooden statues of Saqqara god Ptah Sokar.

The sealed sarcophagi still contain mummies belonging to priests and high-ranking officials of the Pharaonic Late Period and the Ptolemaic period. During the press conference, archeologists performed a CT scan on one of the mummies, showing the deceased had died in his 40s and that he didn’t suffer any chronic diseases.

According to Dr. Waziri, missions working in the area are now aiming at locating the workshop where the coffins were made. Yet, the necropolis seems to keep much more. In the conference, Minister of Antiquities Khaled el Enany characteristically stated that “Saqqara hasn’t yet revealed one percent of its secrets. We can find tombs and burial shafts in every single spot in this area.”, as the discovery of one burial shaft leads to another.

Saqqara had served as the necropolis for the ancient capital of Memphis, and it is a UNESCO world heritage site. So far it was known as home to the world’s earliest pharaonic pyramid and the pyramid with the most complete version of the pyramid texts. But since 2018 and the discovery of the 5th Dynasty tomb of royal priest Wahtye, Saqqara keeps making headlines as home to the findspots of hundreds of mummified animals and statues and further tombs (2019), a workshop for mummies as well these shafts giving an unprecedented number of intact sarcophagi (2020).