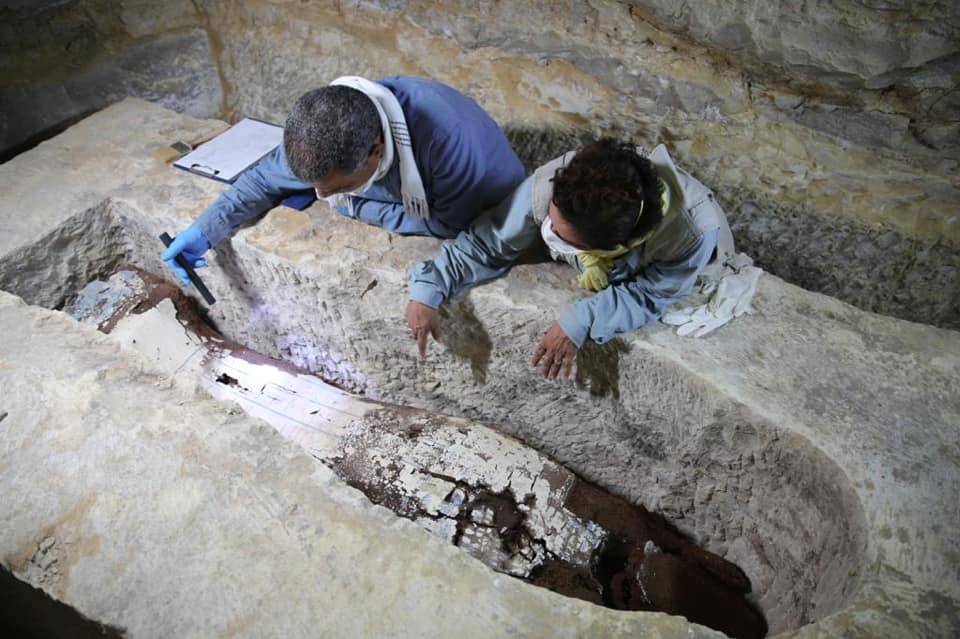 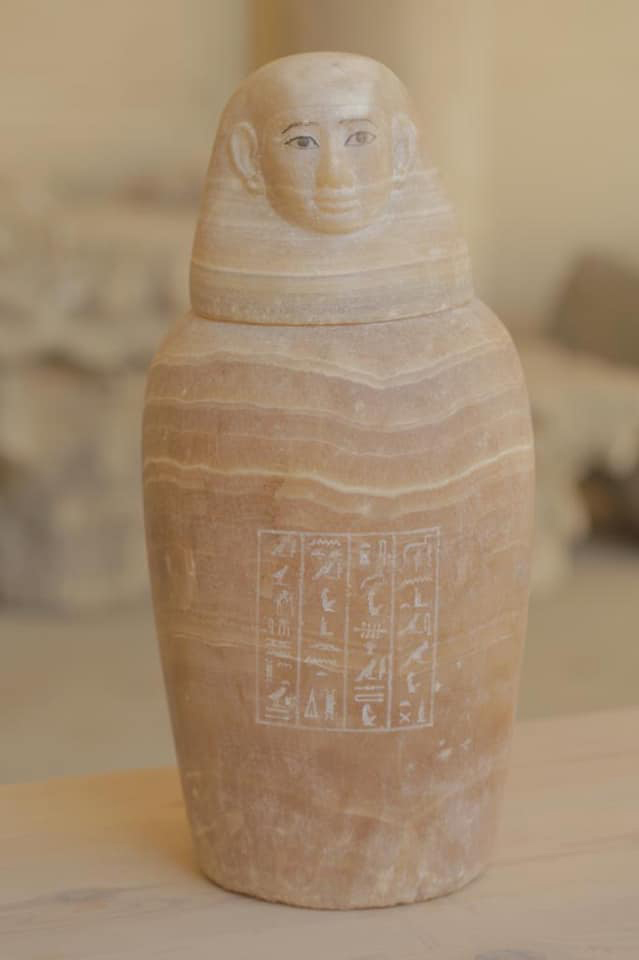 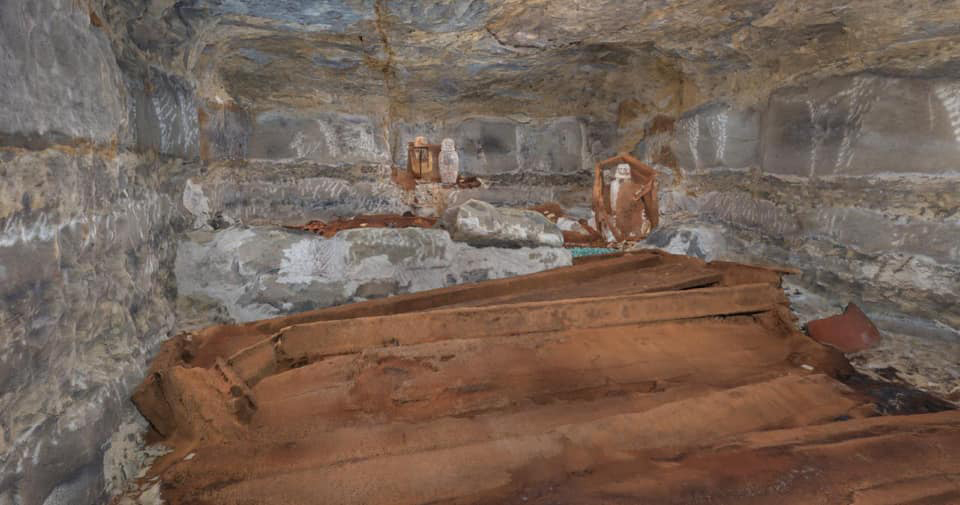 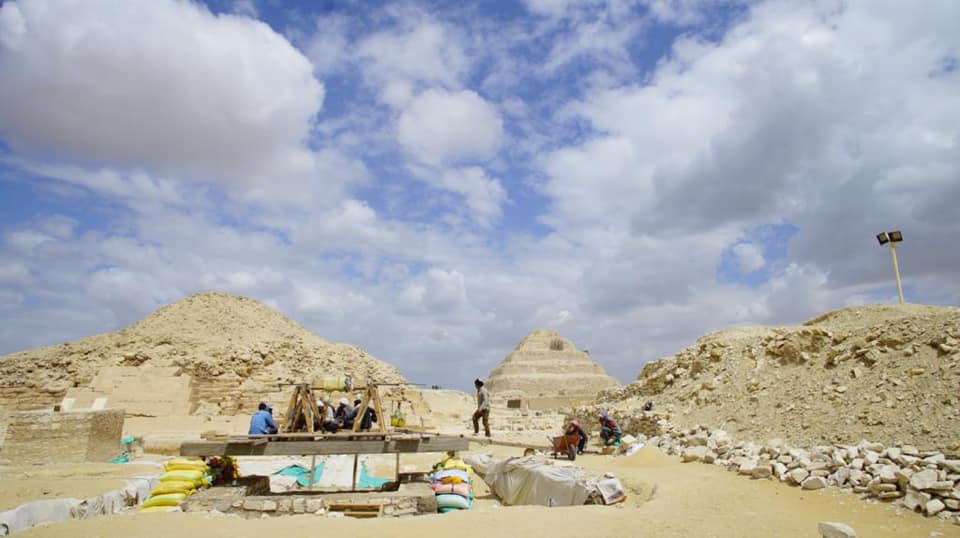 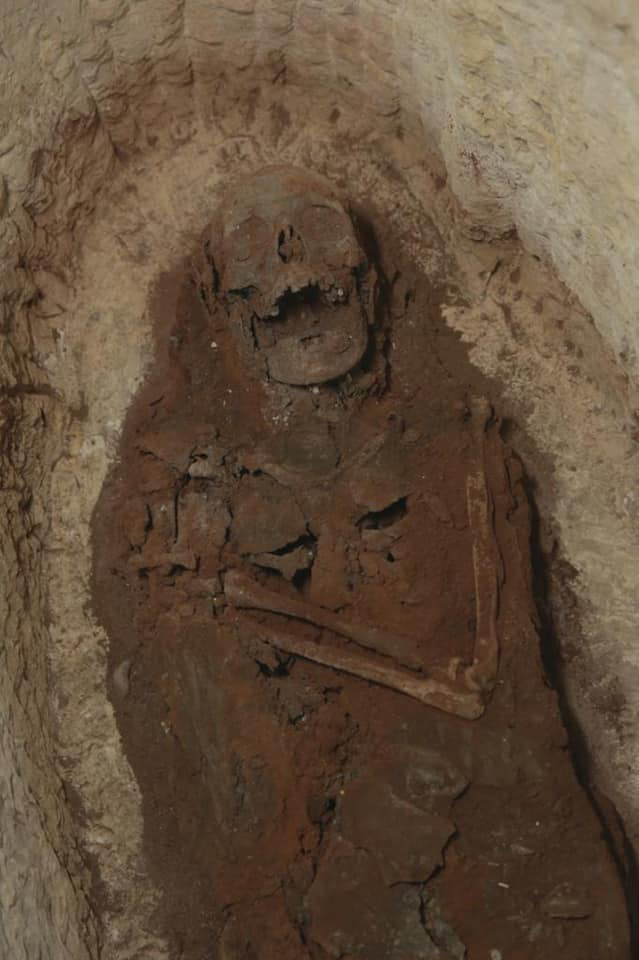 New Discoveries at the Mummification Workshop Complex at Saqqara

Ministry of Tourism and Antiquities / University of Tübingen, Germany

A new burial chamber has been discovered in the Mummification Workshop Complex in Saqqara by the Egyptian-German mission of the University of Tübingen, according to a recent announcement. The mission also announced the preliminary results of research on mummification material revealed in the Workshop back in 2018.

According to the announcement by Dr. Mostafa Waziri, Secretary General of the Supreme Council of Antiquities, brought to light a new burial chamber at the bottom of the communal burial shaft (30 m. deep) of the Mummification Workshop, the enormous facility found in 2018 featuring a large tomb complex with five burial chambers, and dating to the 26th Dynasty (664-525 BC). After more than a year of excavation and documentation, the mission has now discovered the sixth burial chamber which was hidden behind a 2,600 year old stone wall. The newly discovered chamber contained four wooden coffins in a bad state of preservation.

Dr. Ramadan Badry Hussein, the Director of the mission of the University of Tübingen at Saqqara has pointed out that one of the coffins belongs to a woman called Didibastett. She was buried with six canopic jars, in contrast to the typical ancient Egyptian custom of using four canopic jars to store the embalmed lungs, stomach, intestines, and liver of the deceased. The Mission examined the content of Didibastet’s two extra canopic jars using a computerized tomography (CT) scan, and the preliminary analysis of the images indicates that the two jars contain human tissue. Based on this result, there is a possibility that Didibastet had received a special form of mummification that preserved six organs of her body. The Mission’s radiologist is currently conducting a thorough study of the images in order to identify the two extra organs.

After studying the texts on the coffins and sarcophagi in the burial chambers, the mission identified priests and priestesses of a mysterious snake goddess, known as Niut-shaes. There are indications that the priests of Niut-shaes were buried together, and that she became a prominent goddess during Dynasty 26 and she probably had a major temple in Memphis, the administrative capital of ancient Egypt.

A priestess and a priest of Niut-shaes, who were buried in the same burial chamber, were possibly Egyptianized immigrants. Their names, Ayput and Tjanimit, were common among the Libyan community who settled in Egypt from Dynasty 22 (ca. 943-716 BC) onwards. Ancient Egypt was a multicultural society that received immigrants from different parts of the ancient world, including Greeks, Libyans, and Phoenicians among others.

Dr. Ramadan Badri said that the Mission conducted non-invasive testing, called X-ray fluorescence, on the gilded silver mask, which was discovered on the face of the mummy of a priestess of the goddess Niut-shaes. This test determined the purity of the mask’s silver at 99.07%, higher than Sterling Silver at 92.5%. This gilded silver mask is the first in Egypt since 1939, and the third of such masks to ever be found in Egypt.

An international team of archaeologists and chemists from the University of Tübingen, the University of Munich and the Egyptian National Research Centre in Cairo carried out chemical testing of the residue of oils and resins which were preserved in cups, bowls and pots found in the mummification workshop. Early results of these tests give a list of mummification substances, including bitumen (tar), cedar oil, cedar resin, pistachio resin, beeswax, animal fat, and possibly olive oil and juniper oil among others. The team is finalizing a report for scientific publication.

“Mummification was essentially a business transaction between a person and an embalmer, in which the embalmer was a professional, a priest and a business person. We learn from several papyri that there was a class of priests and embalmers who were paid to arrange for the funeral of a deceased including the mummification of her/his body and the purchase of a grave or a coffin,” said Dr. Hussain.

In July 2018, Dr. Khaled El Enany, the Minister of Tourism and Antiquities, announced to the world the unprecedented discovery of a mummification workshop complex at Saqqara from Dynasty 26 (ca. 664-525 BC). It included a mummification workshop, an Embalmer’s cachette full of pottery, and a communal burial shaft. This shaft is 30 m. deep and has six tombs. The tombs contained ca. 54 mummies and skeletons, five large sarcophagi, a dozen of calcite (Egyptian alabaster) canopic jars, thousands of shawabtis figurines, and a very rare gilded silver mummy mask. This discovery was rated among the top 10 archaeological discoveries of 2018 by the Archaeology Magazine and Heritage Daily.

The Mission of the University of Tübingen will resume its full investigation of Dynasty 26 cemetery at Saqqara in the winter of 2020.