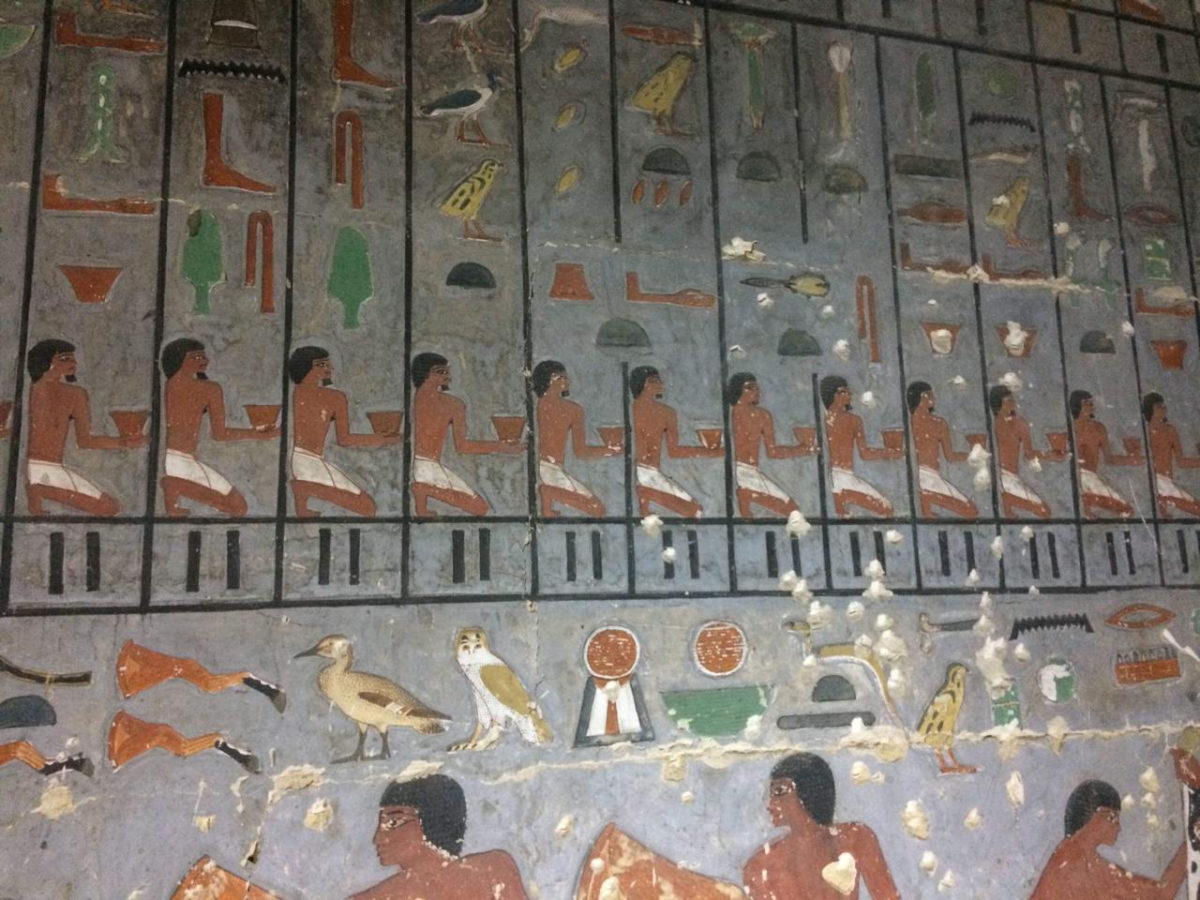 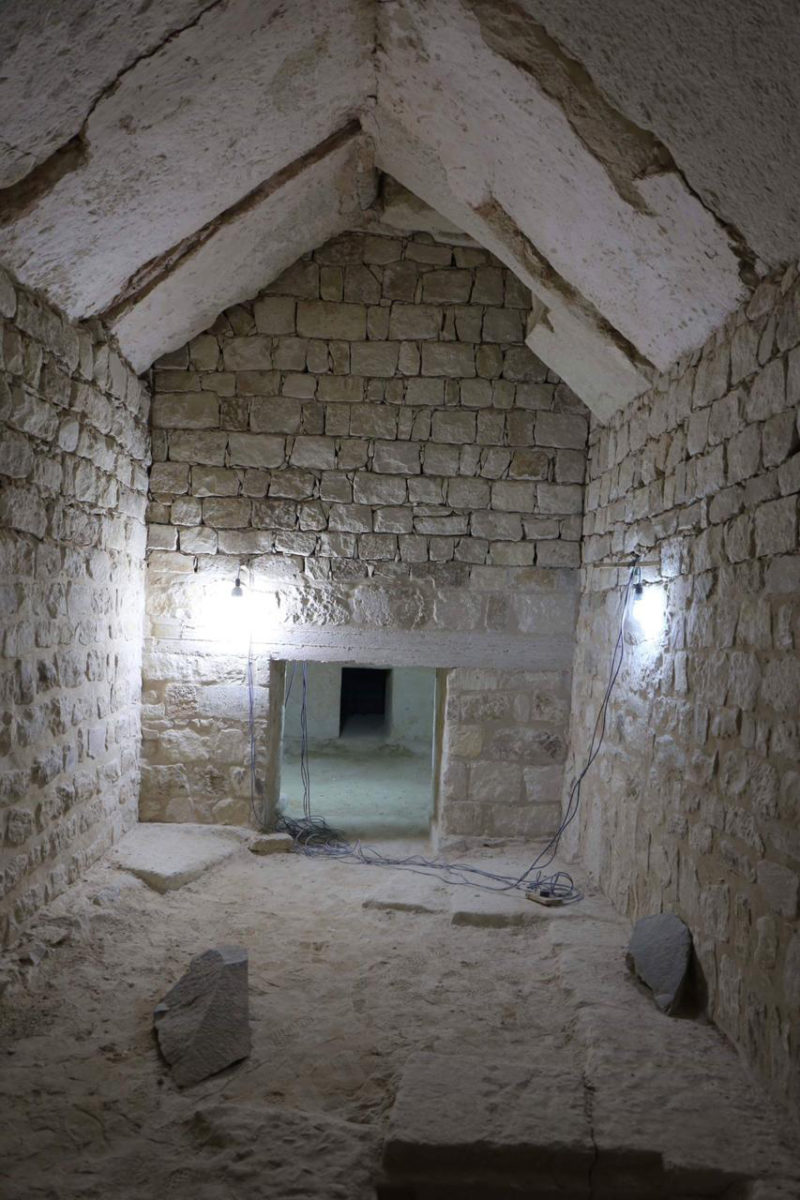 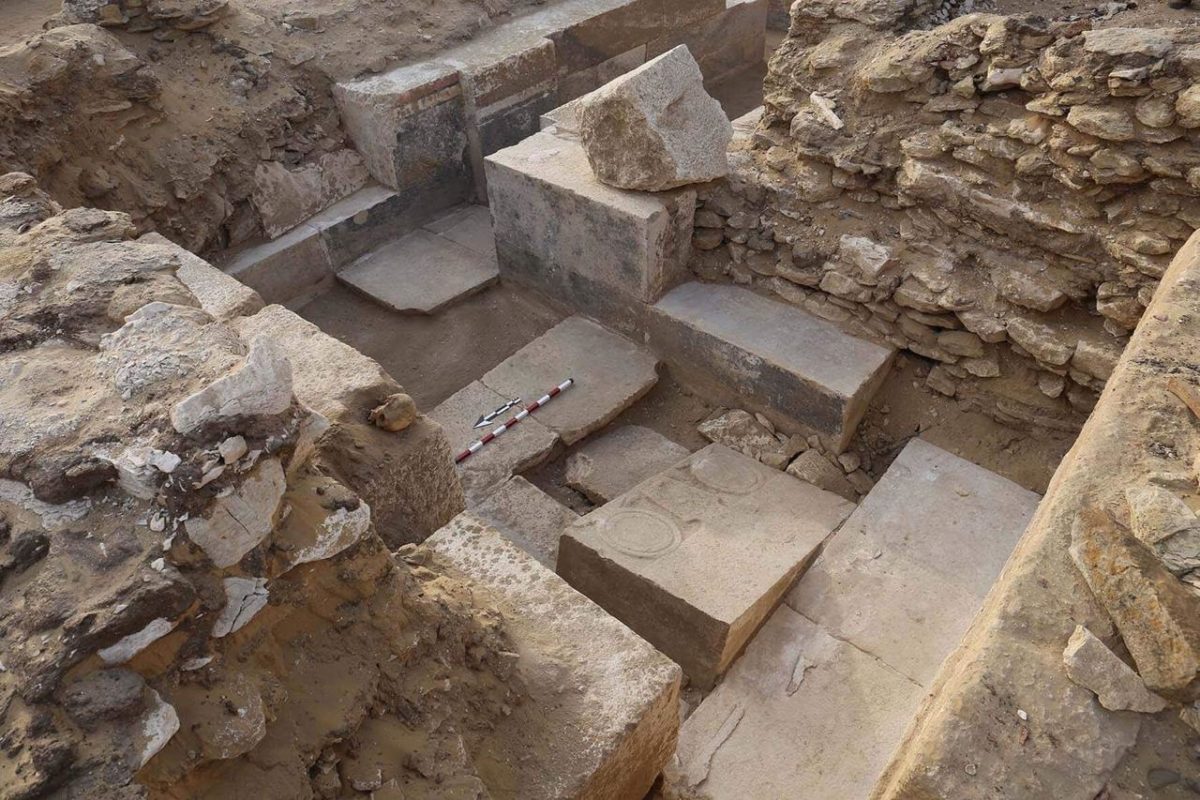 By an Egyptian archaeological mission

Egyptian archaeologists discovered the tomb of a Fifth Dynasty dignitary named Khuwy during an excavation and documentation survey carried out in south Saqqara. They were also able to find out the name of the queen to whom a pyramid complex in the area belonged.

The mission located the undecorated burial chamber through two entrances in the west wall of the antechamber of the tomb. “It seems that the space of the burial chamber was almost completely filled with a limestone sarcophagus, which was found entirely destroyed by ancient tomb robbers,” head of the mission, Mohamed Megahed said.

However, the mission discovered the human remains of Khuwy, which show clear traces of mummification.

The mission, in cooperation with an international team of Egyptologists, has also discovered an ancient Egyptian queen who lived during the late Fifth Dynasty in the same pyramid complex.

The mission found the name of queen Setibhor, who was not known before from ancient sources, engraved on a column in the south part of the until-now anonymous pyramid complex.

The complex is located by the pyramid of king Djedkare in south Saqqara, and the identity of its owner was a puzzle that Egyptologists have
been trying to solve for decades.

The name and titles of the owner of this unique monument was found on the column made of red granite in the newly uncovered portico of the queen’s complex. The inscription was carved in sunken relief in a rectangle on the shaft of the column, and it reads: “The one who sees Horus and Seth, the great one of the hetes sceptre, the great of praise, king’s wife, his beloved Setibhor”.