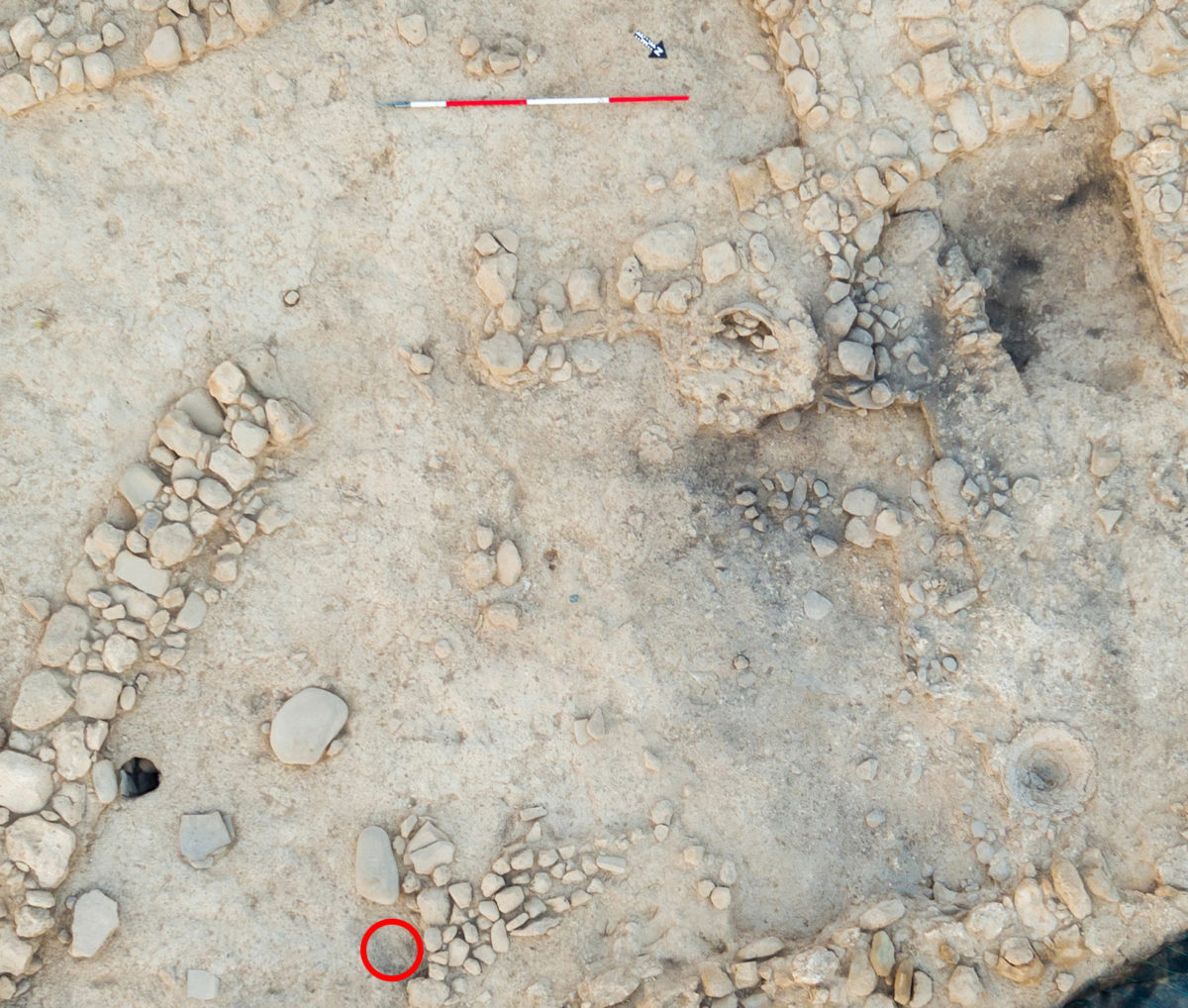 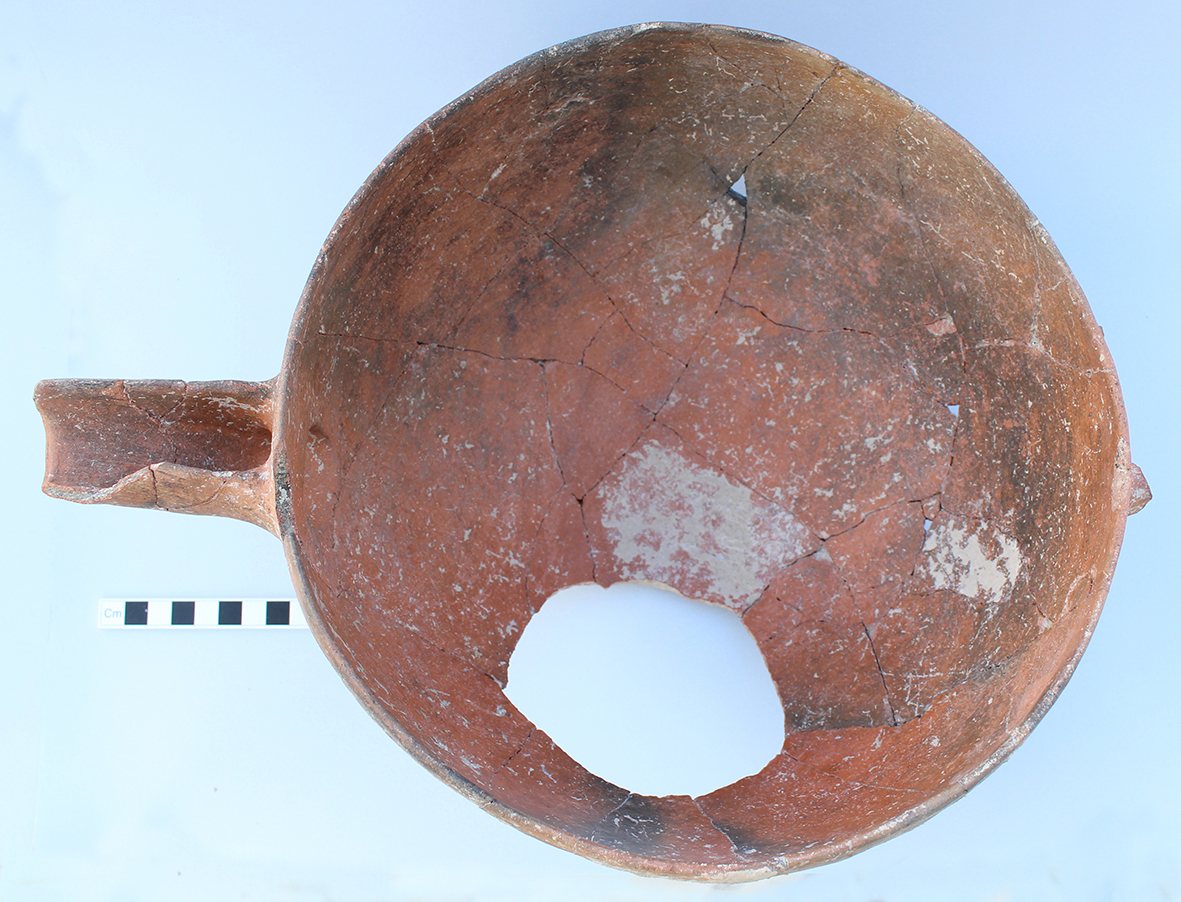 The 2018 season of archaeological excavations at the Bronze Age settlement of Kissonerga-Skalia near Paphos, under the direction of Dr Lindy Crewe (Director, Cyprus American Archaeological Research Institute), has been completed. The site demonstrates a long Bronze Age sequence, and earlier Chalcolithic occupation, beginning before 2,500 BC and connected with the neighbouring Neolithic–Philia phase settlement of Kissonerga-Mosphilia. The site was abandoned around 1600 BC, during the transition to the Late Cypriot Bronze Age.

During the final occupation phase a complex including some roofed areas and large open spaces was constructed. The complex has no evidence for domestic occupation and activities seem to be industrial, including large fire-related installations and the previously published malting kiln likely used in beer production. During the 2018 season the team further exposed the initial floor construction associated with the primary building phase. As in previous years, this is usually constructed from extremely compacted mud plaster or plaster. The majority of features and emplacements are associated with the primary construction phase and during a second later phase some of these were deliberately floored over. It is likely that we are seeing a decline in the site, with a decrease in activities and perhaps a slow abandonment. This is further suggested by the number of mended pottery vessels found on the final floors, perhaps indicating that there were no potters remaining in the last years of occupation.

In the northern areas two walls run approximately parallel and form a contained space. On the interior faces of both walls wall tumble and collapse has been investigated, suggesting that this area may have been roofed and as the roof collapsed both walls were drawn inwards. This collapse was further investigated in 2018, exposing a further area of working space with large stone grinders and a stone platform for supporting a post or a vessel. Figure 1 shows this area in the centre lower left of the photograph. Associated with this arrangement was a large Red Polished IV spouted bowl which had been deliberately smashed in place and a piece of the base removed (Figure 2), presumably to collect and drain a material ground with one of the stone grinders.

Excavations continued southwards to establish whether there was an interior space to the west of the courtyard previously associated with beer production. This bounded space in B2 forms a parallelogram rather than a rectangular space and with interior benches, made with a base of small stones and an upper packing of mud brick or mud plaster. To the south of the room it has been revealed that the malting kiln is now located at the centre of an L-shaped courtyard.

In the north of the plot the Bronze Age deposits had been completely truncated during agricultural activity that took place in the 1970’s, exposing earlier Chalcolithic levels and revealing four Chalcolithic pit graves cut into a trampled occupation surface. As burials at neighbouring Kissonerga-Mosphilia, were previously thought to be entirely within the settlement, this is important for understanding wider Chalcolithic burial practices and it appears we have a dedicated burial area. The team’s physical anthropologist, Dr Michelle Gamble, reports that the latest burial excavated contains the remains of a single adult female, lying on her right side. No grave goods were present in any of the burials in this area and all burials have been identified as females or children.

The Final Phase Complex now encompasses an area of 1200m2. The areas excavated all have evidence for large-scale cooking/heating or processing working areas and we have yet to establish a possible purpose for the large open spaces. Kissonerga-Skalia is an example of a phenomenon that occurs at the transition to the Late Bronze Age where people began to build big and produce goods at a greater scale. As the site was abandoned shortly after the complex was built and the remains are not obscured by later human activity we are able to examine this phenomenon in detail.