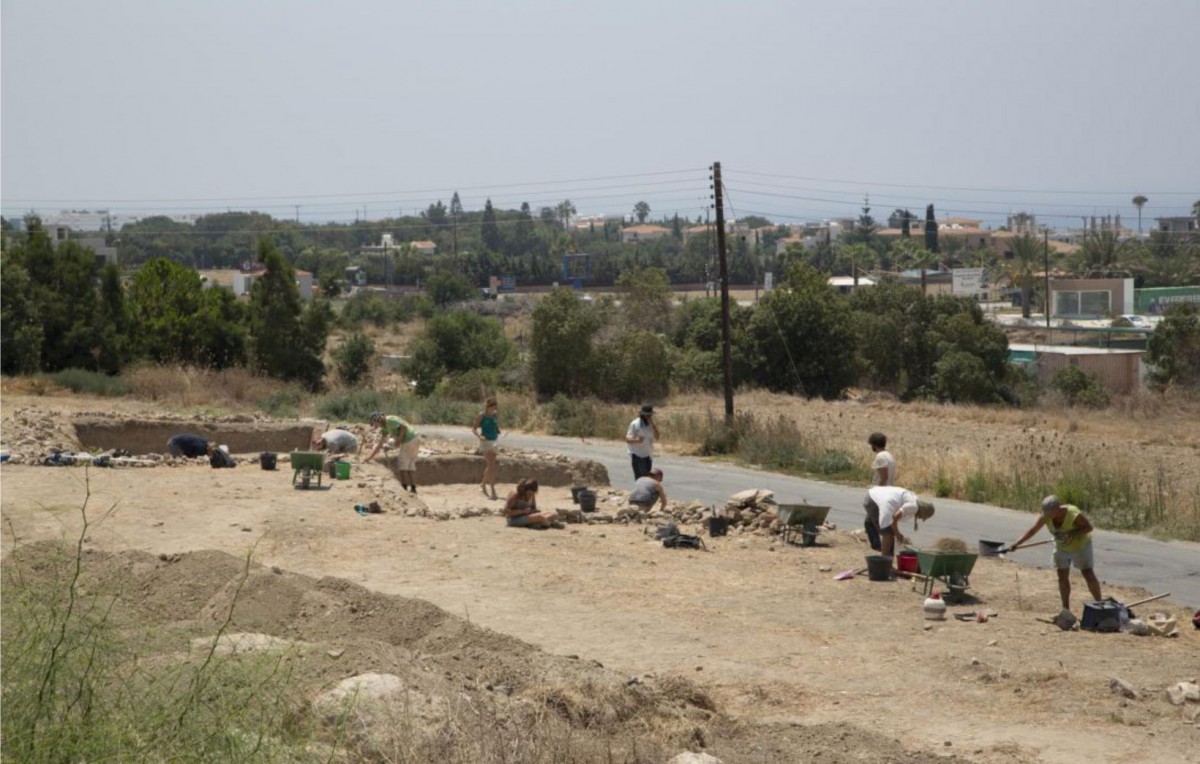 The first season of excavations at the Chalcolithic site of Chlorakas-Palloures has been completed. The excavations are executed by a Leiden University team directed by Dr. Bleda Düring. The team consisted of 24 members with a large range of specialisations.

Chlorakas-Palloures is one of a series of Chalcolithic sites located in the Paphos region, which are best known from earlier excavations at Lemba-Lakous and Kissonerga-Mosphilia.

The most famous Chalcolithic artefacts are undoubtedly the picrolite cruciform figurines. For archaeologists, the period is especially significant for the rise of social complexity that occurred prior to the emergence of international trade and metallurgy in the Bronze Age.

Chlorakas-Palloures has been surveyed many times by archaeologists over the past decades. The sherds collected from its surface date the site to the Middle and Late Chalcolithic (ca. 3500-2500 BC) and show that there was a substantial settlement of about 4 ha at this location. Land consolidation and agriculture has had significant impact on the archaeology of the site, but important remains of the period are still present.

The 2015 campaign included creating a 3D model of the site, executing geophysical research with a ground penetrating radar, and the excavation of five trenches in one of the plots over which the site extends. The remains of four Chalcolithic round houses were unearthed, ranging from ca. 5 meters to monumental structures measuring up to approximately 20 metres.

A large range of features, including storage jars, hearths, grinding installations were found, as well as a very large raised hearth feature. The most important object found during this excavation season is a unique picrolite figurine of a quadruped with two piercings.