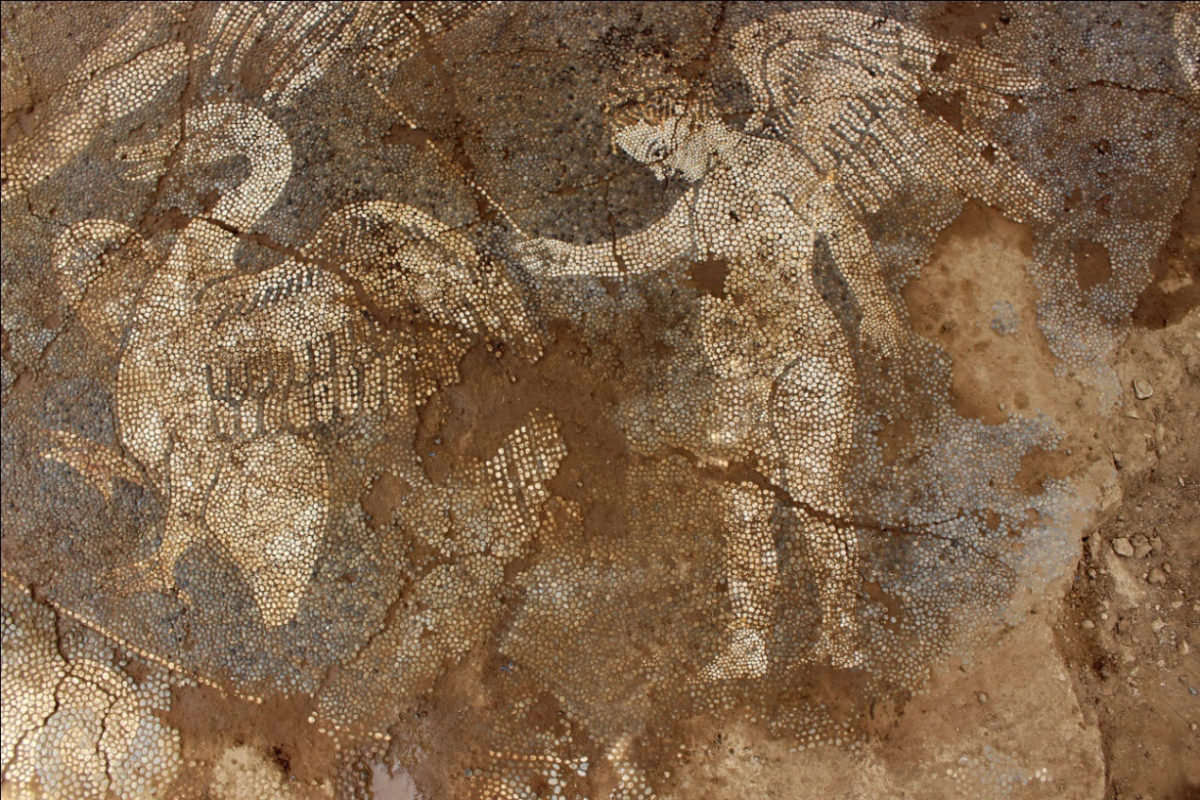 The cupids of Amvrakia go to the National Theatre

‟The cupids of Amvrakia” is the title of the announcement by Head of the Ephorate of Antiquities of Arta Varvara Papadopoulou who is participating in the event by the Ministry of Culture and Sports called ‟Not everything is ephemeral” to take place on January 27, 2019 at 11.30 a.m. at the ‟Ziller Building” of the National Theatre, Athens.

Being presented is one of the most important finds brought to light last year by a Greek excavation. This is a pebble floor discovered in August 2018 in the town of Arta during excavations, while work was being carried out on the Small Theatre of Ancient Amvrakia. The find was given considerable publicity, attracting the attention of the scientific community and the public at large.

The floor featured in the central part of a bath complex predating the Small Theatre the ruins of which complex were incorporated in the monument’s foundations.

It dates from around the 4th century B.C. and is fairly well preserved. Made of small pebbles it depicts scenes of cupids entwined with swans as well as other creatures (octopus and fish etc.) that are related to water.

The floor impresses with its subject matter and the precision of the figures and other creatures that are proof of the artistic flowering of the ancient city and the refined taste of its inhabitants.