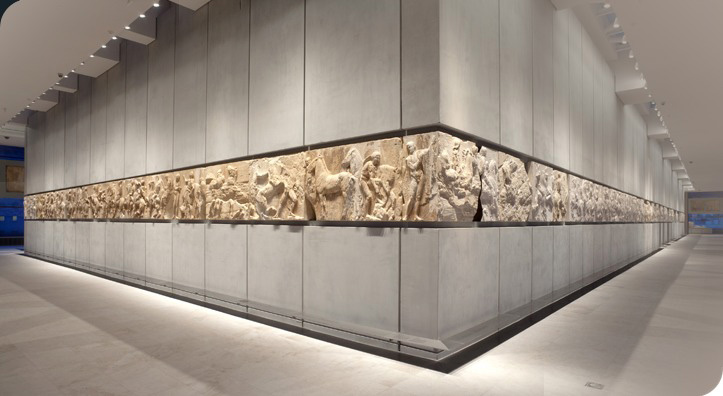 “The statement made by the director of the British Museum about Britain’s ‘legitimate ownership’ of the Parthenon Marbles shows a narrow-minded, cynical management concept”, Myrsini Zorba said.

In an interview with Greek daily “Ta Nea” on Saturday, British Museum director whilst accepting that “when you move cultural heritage into a museum, you take it out of its context”, claimed that “this displacement is also a creative act”. Mr Fischer was asked if he would accept that Greece is the legal owner of the Parthenon Sculptures, and he replied: “No, I would not. The objects that are part of the collection of the British Museum are in the fiduciary ownership of the Trustees of the Museum.”

To the question “Would you consider the possibility of an indefinite loan of the Sculptures to Greece?”, Mr. Fischer answered: “There are two aspects on that: First of all, there are no indefinite loans. Everything we lend, even on a long-term basis, returns back to the British Museum at some point. Then we can lend it again. The second aspect is that when we lend, we lend to those who recognize the ownership (of the objects)”.

The full text of the Greek Cultural Minister’s statement reads: “Greece is the birthplace of the Parthenon Marbles, Athens is their city, Acropolis and the Museum their natural place.

“Mr. Fischer’s statement about the ‘legitimate ownership’ shows a narrow-minded, cynical management concept. It is regrettable to hear this by the director of the British Museum, a well-known art historian.

“He downgrades the cultural heritage from invaluable universal value to a buying-and-selling.”

“Such views are diametrically opposed to the perceptions that prevail today in the international field of culture. They are remnants of colonialism and ignore the international debate and Unesco Statements. More so, when it comes to a mutilated monument, a timeless symbol of the country to which its reunification and rehabilitation are due, according to the basic principle of ‘integrity’ as required by the Unesco Convention of 1972.”