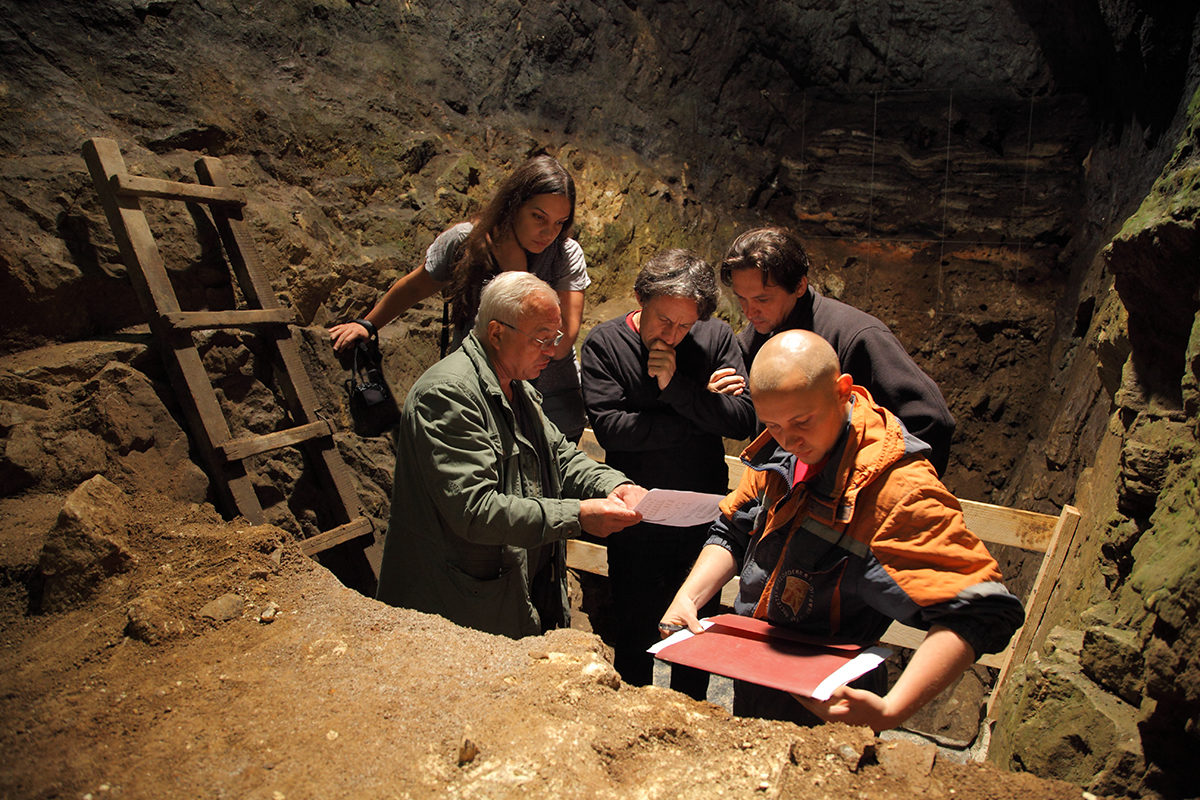 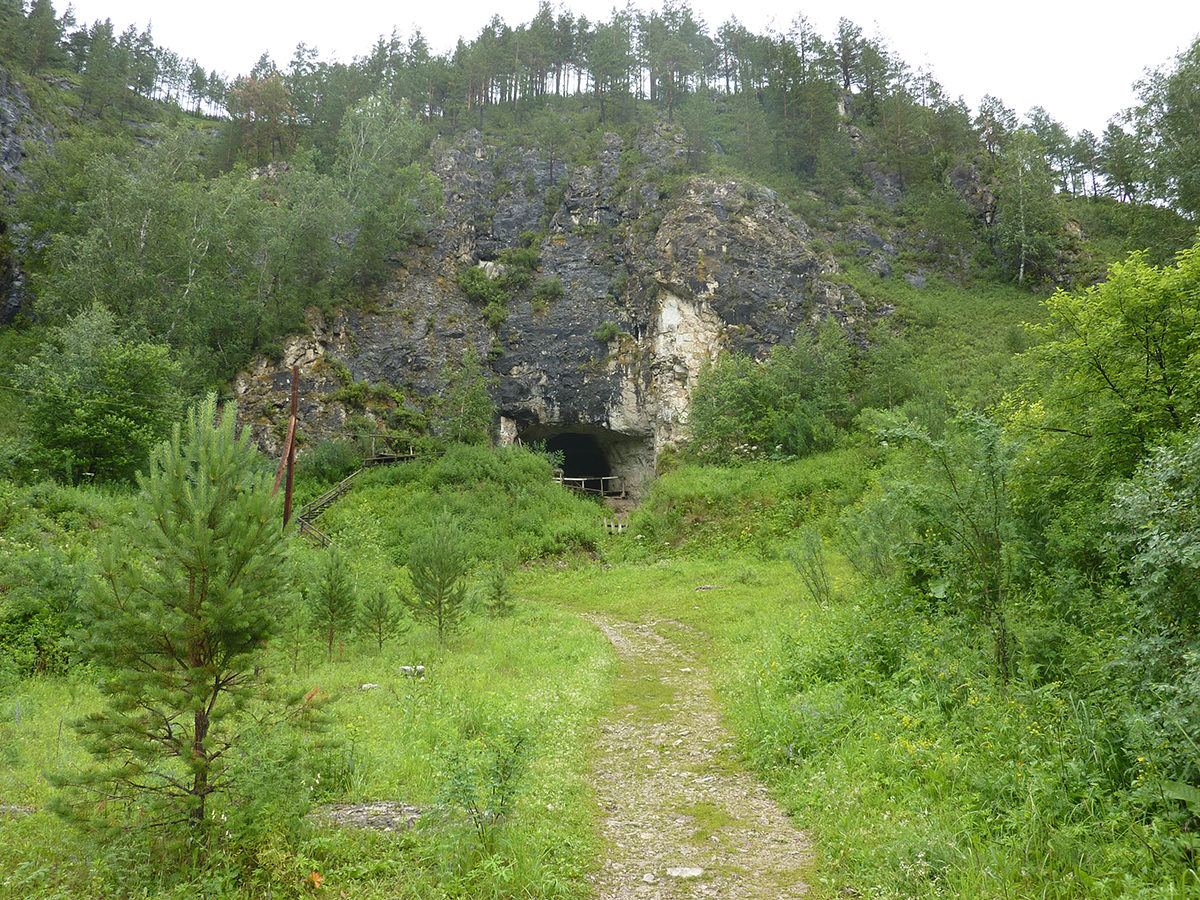 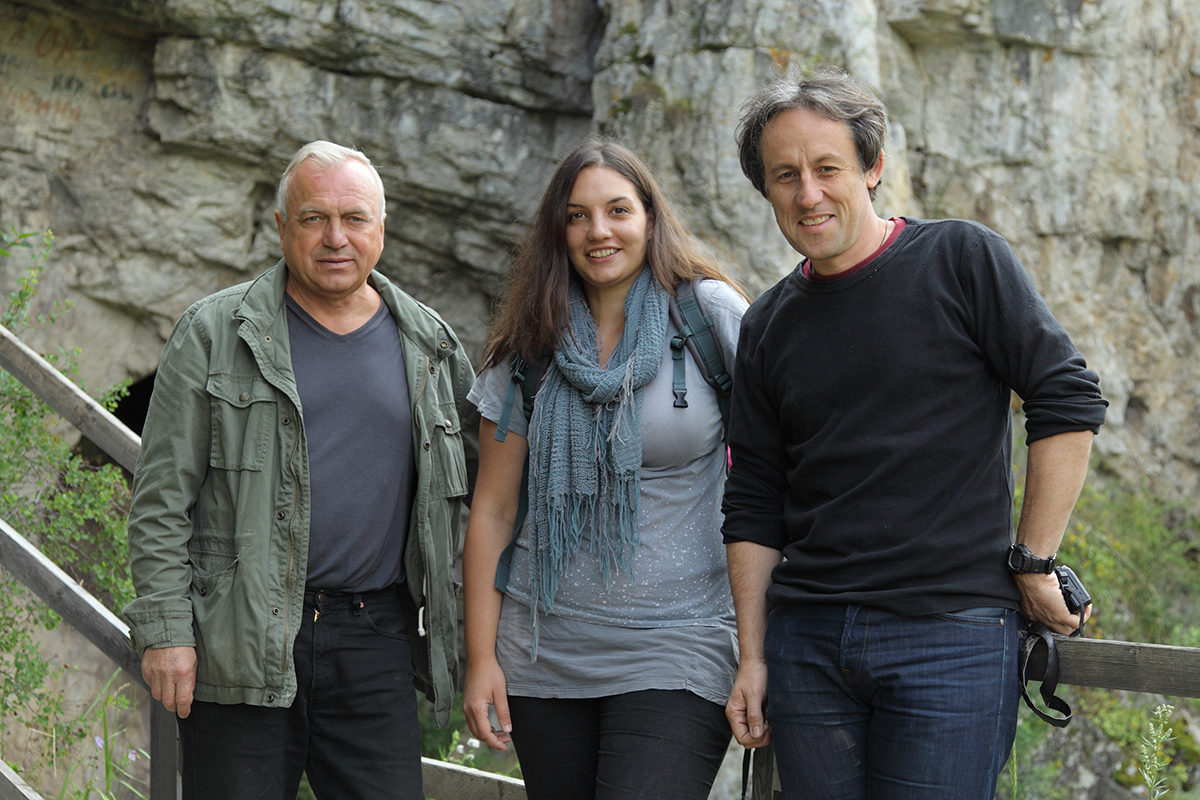 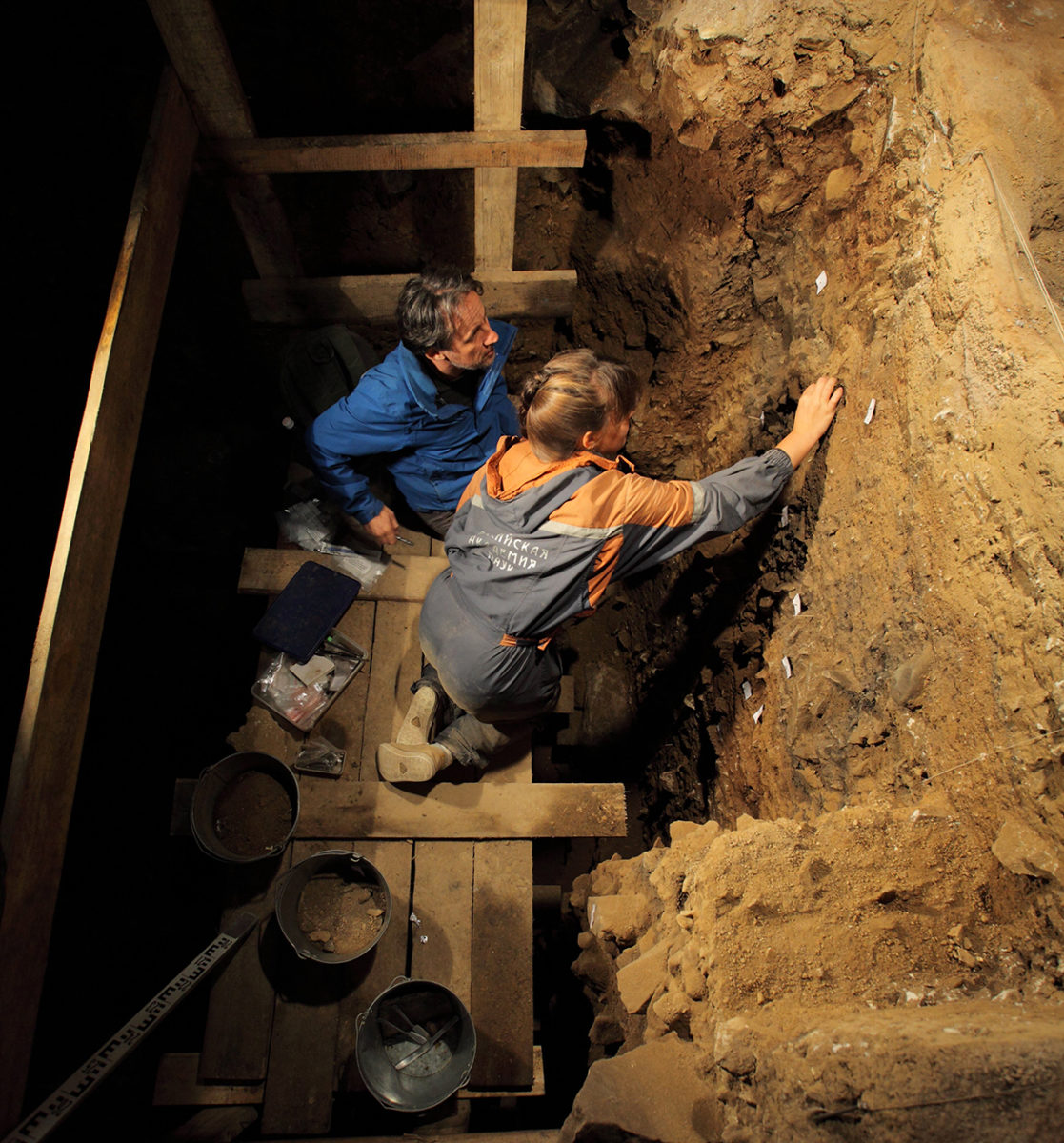 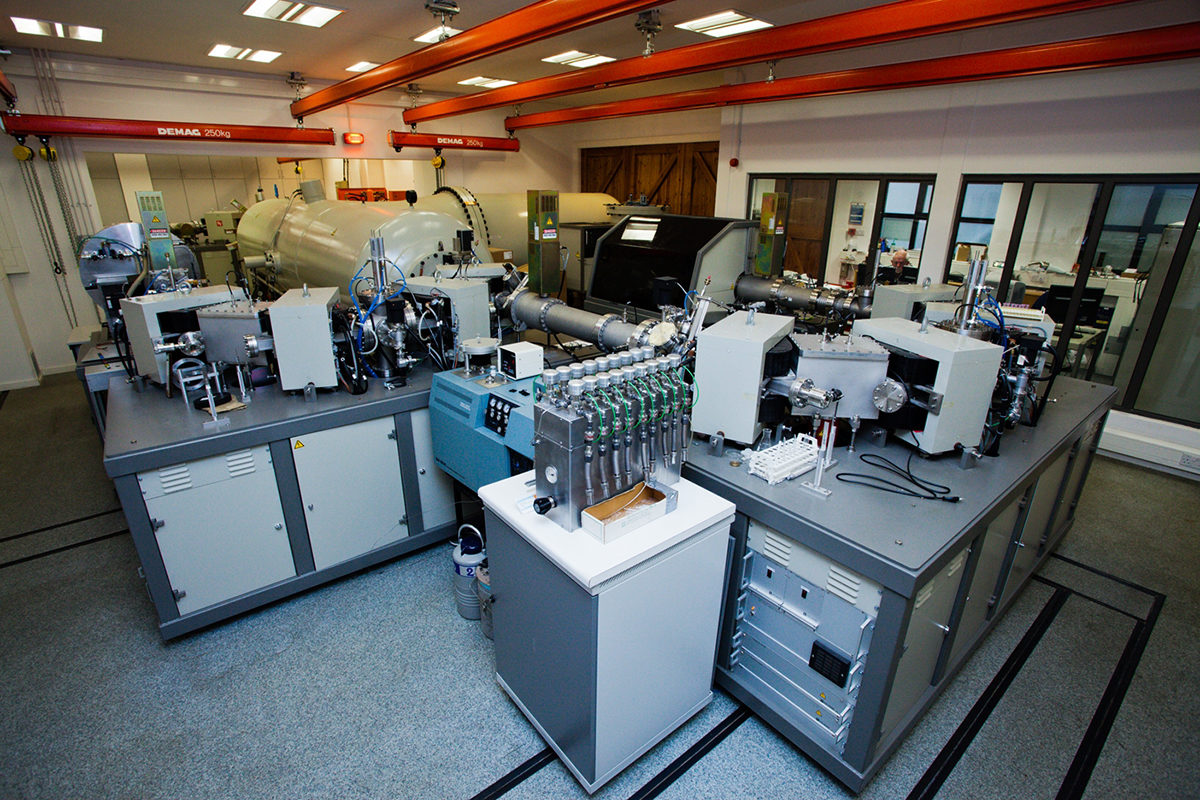 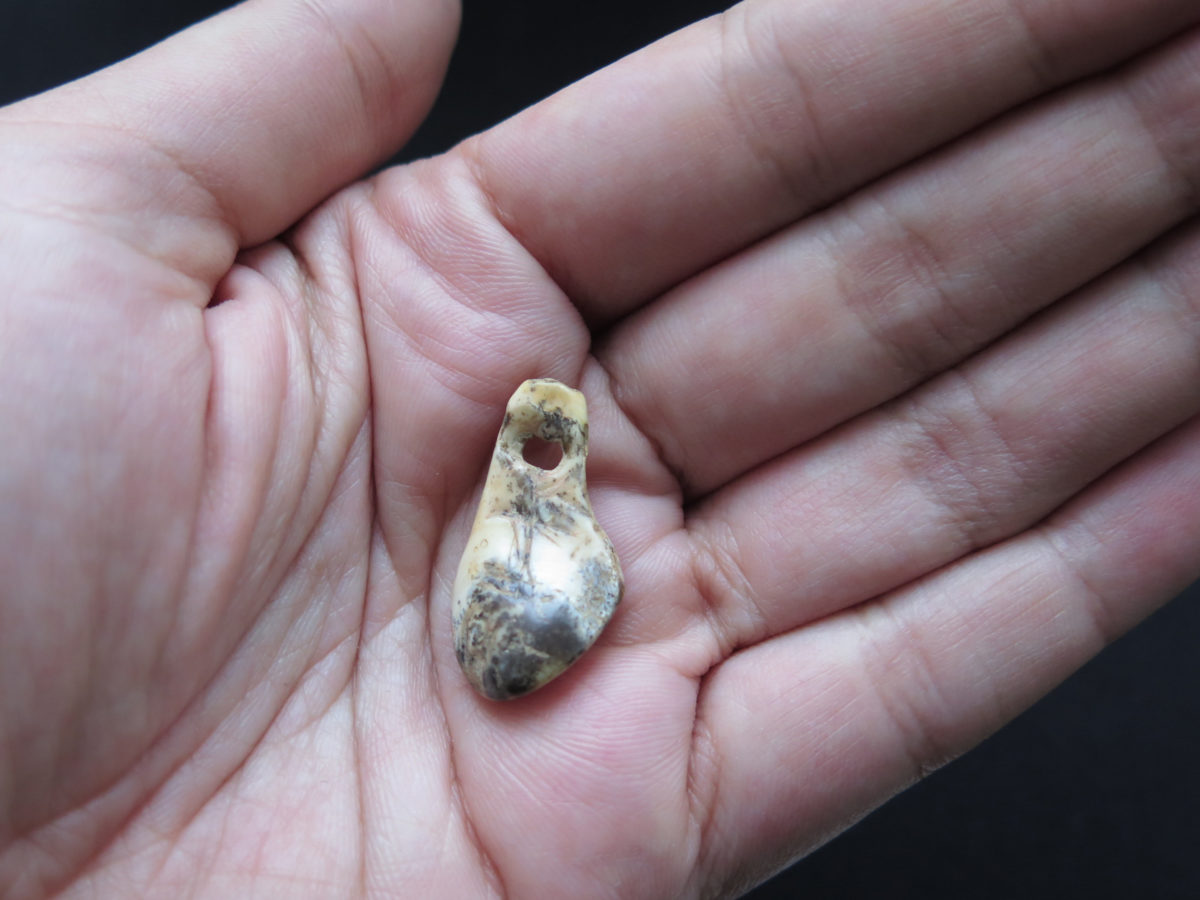 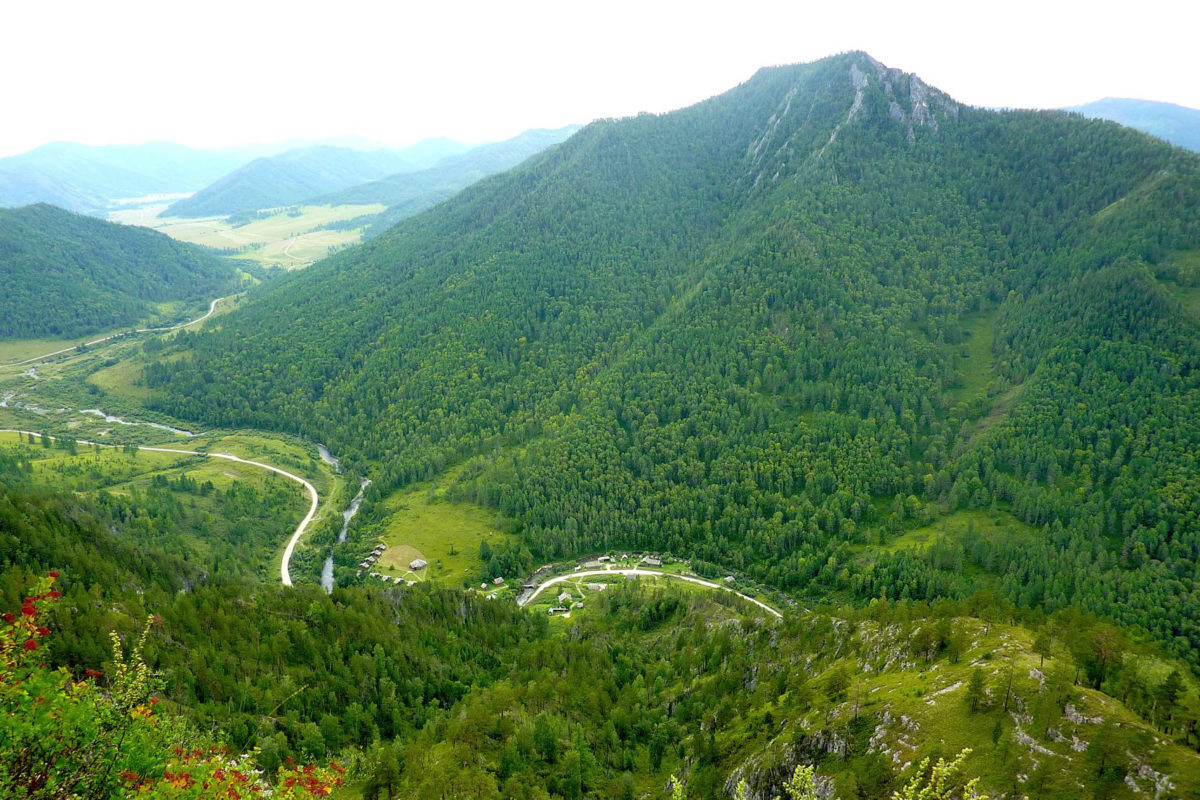 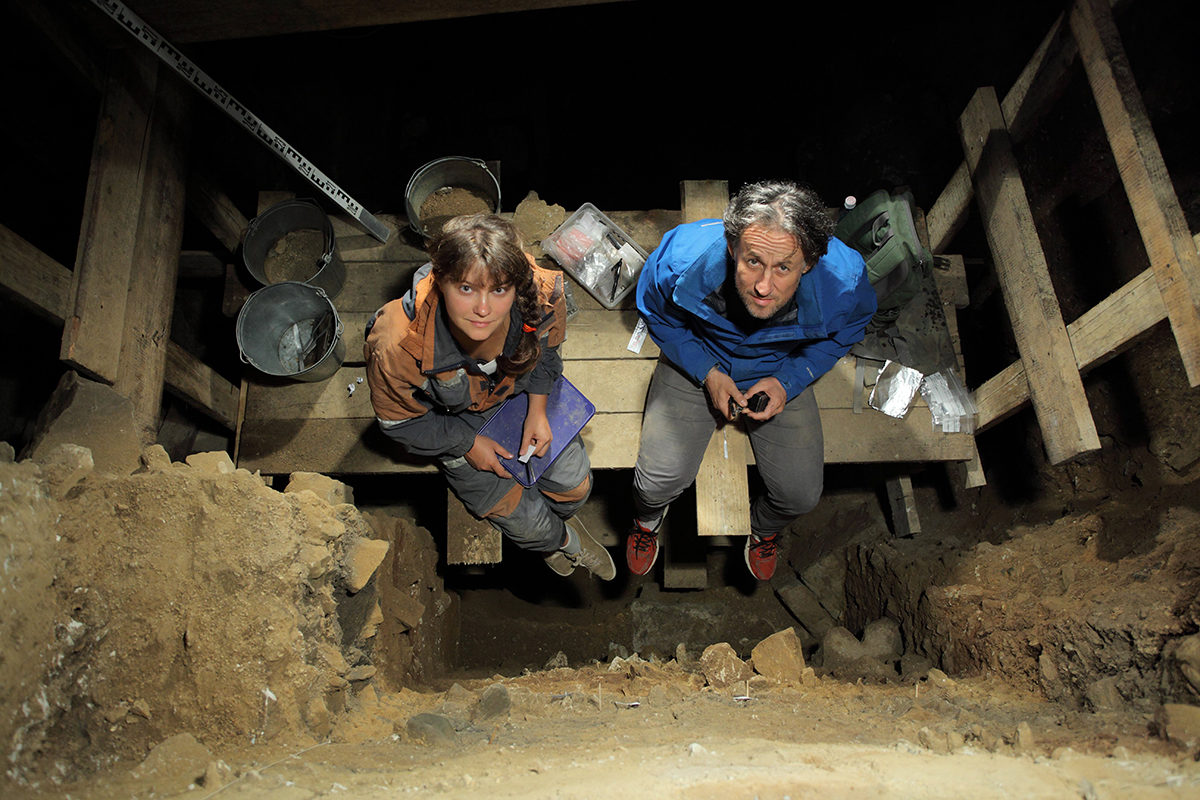 In the foothills of Altai Mountains

Oxford University scientists have played a key role in new research identifying the earliest evidence of some of the first known humans – Denisovans and Neanderthals, in Southern Siberia.

Professor Tom Higham and his team at the Oxford Radiocarbon Accelerator Unit at the University of Oxford worked in collaboration with a multi-disciplinary team from the UK, Russia, Australia, Canada and Germany, on the detailed investigation over the course of five years, to date the archaeological site of Denisova cave, situated in the foothills of Siberia’s Altai Mountains. This is the only site in the world known to have been occupied by both archaic human groups (hominins) at various times.

The two new studies now put a timeline on when Neanderthals and their enigmatic cousins, the Denisovans—were present at the site and the environmental conditions they faced before going extinct.

Denisova cave first came to worldwide attention in 2010, with the publication of the genome obtained from the fingerbone of a girl belonging to a grouop of humans not previously identified in the palaeo-anthropological record; the Denisovans. Further revelations followed on the genetic history of Denisovans and Altai Neanderthals, based on analysis of the few and fragmentary hominin remains. Last year, a bone fragment discovered by researchers at Oxford’s Research Laboratory for Archaeology and the History of Art and the University of Manchester, yielded the genome of the daughter of Neanderthal and Denisovan parents—the first direct evidence of interbreeding between two archaic hominin groups. But reliable dates for the hominin fossils recovered from the cave have remained elusive, as have dates for the DNA, artefacts, and animal and plant remains retrieved from the sediments.

Excavations for the past 40 years led by Professors Anatoly Derevianko and Michael Shunkov from the Institute of Archaeology and Ethnography (Siberian Branch of the Russian Academy of Sciences) in Novosibirsk, revealed the longest archaeological sequence of Siberia.

In the new research, the Oxford team obtained fifty radiocarbon ages from bone, tooth and charcoal fragments recovered from the upper layers of the site, as part of the ERC funded ‘PalaeoChron’ project. In addition to these, more than 100 optical ages were obtained for the cave sediments, most of which are too old for radiocarbon dating, by researchers at the University of Wollongong in Australia. A minimum age for the bone fragment of mixed Neanderthal/Denisovan ancestry was also obtained by uranium-series dating by another Australian team. “This is the first time we have been able to confidently assign ages to the archaeological sequence of the cave and its contents” said Professor Higham.

To determine the most probable ages of the archaic hominin fossils, a novel Bayesian model was developed by the Oxford team that combined several of these dates with information on the stratigraphy of the deposits and genetic ages for the Denisovan and Neanderthal fossils relative to each other—the latter based on the number of substitutions in the mitochondrial DNA sequences, which were analysed by the Max Planck Institute for Evolutionary Anthropology in Germany.

The improved age estimates for the hominin fossils obtained using the novel Bayesian age model, “incorporates all of the dating evidence available for these small and isolated fossils, which can sometimes be displaced after deposition in a cave sequence” said Dr Katerina Douka (Max Planck Institute for the Science of Human History, Germany), lead author of the study that reports the new radiocarbon dates and the human fossils age estimates.

“This new chronology for Denisova Cave provides a timeline for the wealth of data generated by our Russian colleagues on the archaeological and environmental history of the cave over the past three glacial–interglacial cycles” said lead author of the optical dating study, Professor Zenobia Jacobs of the University of Wollongong in Australia.

Most of the evidence for Neanderthals at Denisova Cave falls within the last interglacial period around 120,000 years ago, when the climate was relatively warm, whereas Denisovans survived through much colder periods, too, before disappearing around 50,000 years ago.

Modern humans were present in other parts of Asia by this time, but the nature of any encounters between them and Denisovans remains open to speculation in the absence of any fossil or genetic traces of modern humans at the site.

The Oxford team also identified the earliest evidence thus far in northern Eurasia for the appearance of bone points and pendants made of animal teeth that are usually associated with modern humans and signal the start of the Upper Palaeolithic. These date to between 43,000 and 49,000 years ago.

So, ‘while these new studies have lifted the veil on some of the mysteries of Denisova Cave, other intriguing questions remain to be answered by further research and future discoveries’ said Professor Richard ‘Bert’ Roberts, a co-author on the two papers.

Professor Higham commented that ‘it is an open question as to whether Denisovans or modern humans made these personal ornaments found in the cave. We hoping that in due course the application of sediment DNA analysis might enable us to identify the makers of these items, which are often associated with symbolic and more complex behaviour in the archaeological record’.