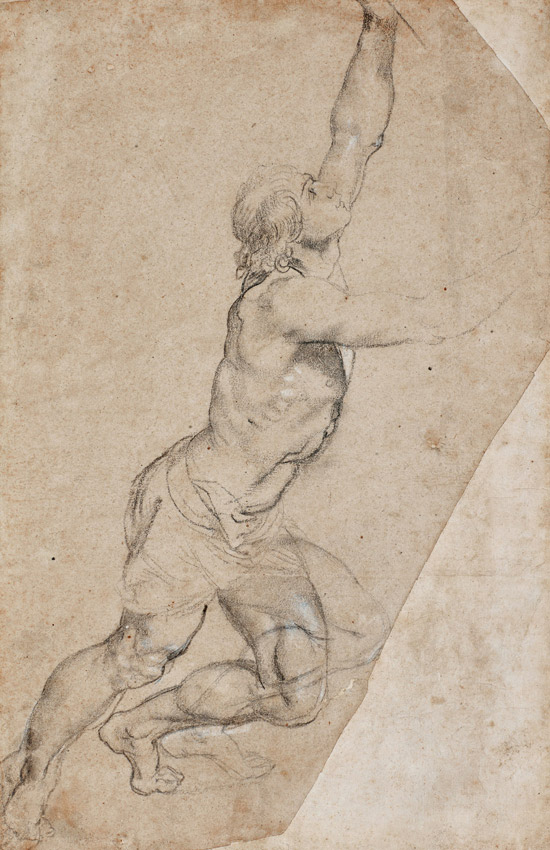 A drawing by Flemish painter Rubens sold for 8.2 million dollars in New York in a controversial auction, with quite a few arguing that the Dutch royal family, owner of the work, should have offered it to Dutch museums.

This exceptionally large work (49x31cm) depicting a young man with his arms raised and which was to be used for the preparation of the triptych The Erection of the Cross (circa 1610) ,had been acquired in 1838 by Prince William of Orange, future king of the Netherlands William II.

Unlike most monarchies, in Holland there is a distinction between the national heritage and that of the country’s sovereigns who originate from the House of Orange- Nassau.

In 2011, ‟Forbes” magazine estimated the royal assets at 220 million dollars.

In recent weeks, the announcement of the auction sale of several pieces of the collection of the royal house had attracted criticism from the Dutch museums. According to these institutions, Princess Cristina, who owned the specific drawing, should have first proposed that they buy it, before selling it at auction abroad. This is a moral duty, say the museums, who believe that Rubens’ drawing is part of the Dutch cultural heritage.

Members of the Social Liberal Party D66 which is part of the coalition government, also had reservations, before the Minister of Culture who comes from the same political party, put an end to the debate, saying that the decision to sell the a work belongs to its owner. Prime Minister Mark Rutte also said it was a “private matter”.

‟There is an important distinction to be made given that the drawing belongs to a private collection and a private individual″, explains Greg Rubenstein, Head of the Old Master Drawings Department Worldwide at Sotheby’s who organized the sale . ‟The owner can do what he/she wants with it; even sell it.”

Last Wednesday, after a short duel between the two buyers, one in the auction hall and the other over the phone, the drawing went for 7 million dollars. The fees and commissions raised the price to $ 8.2 million, well over Sotheby’s estimates which had been between $2.5 and 3.5 million. The previous record for a drawing by Rubens had been set at a Christie’s auction in London in 2014, with 3.2 million pounds ($5.5 million) for Samson and Delilah.