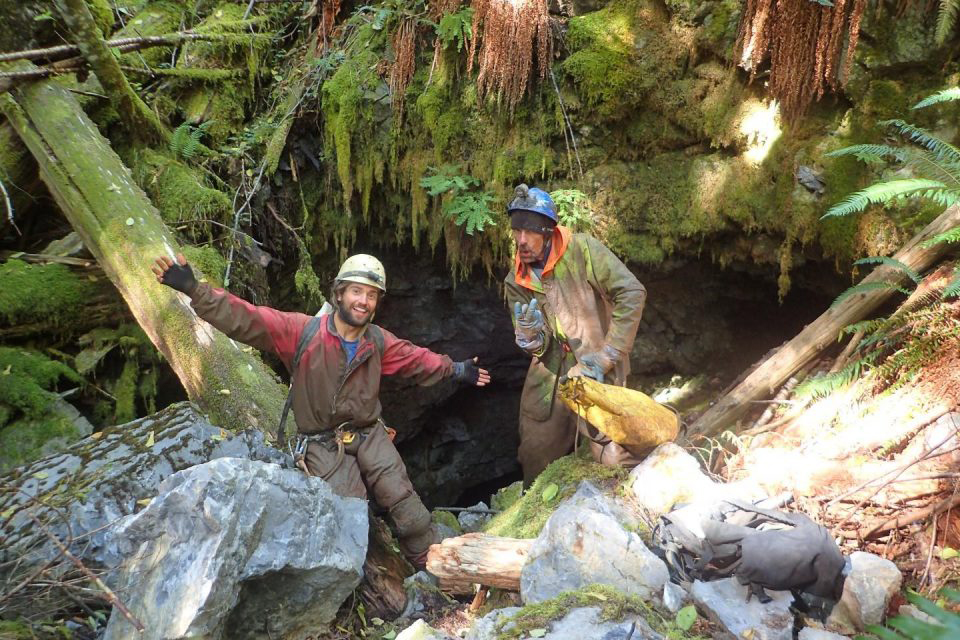 The discovery of a new to science species of rare and primitive arthropod from the depths of a cave that was covered by a thick ice sheet until recently is certain to raise questions.

In their study, published in the open-access journal Subterranean Biology, entomologist Alberto Sendra and local caver Craig Wagnell describe a new species of cave-dwelling, insect-like campodeid dipluran from the island of Vancouver (Canada) and discuss its origin.

According to the study, the dipluran’s presence could either mean that terrestrial arthropods have indeed been able to survive within the deep subterranean habitats during the Last Glacial Maximum period some 26,500 years ago or it is the result of related species having dispersed to the area during the deglaciation, making their way from as far as Asia.

Contrary to most people’s expectations, the new creature was discovered only an easy hike away from the nearest town of Port Alberni (Vancouver Island, British Columbia). There, cavers Craig Wagnell, Tawney Lem and Felix Ossigi-Bonanno from the Central Island Caving Club, together with Alberto Sendra, Alcala University (Spain), reported a remarkable, previously unknown species of dipluran from a couple of caves recently unearthed in the small limestone karstic area.

Unlike most cave-adapted campodeid diplurans, whose bodies and appendages are characteristically elongated and slender – a “trademark” feature for strictly underground arthropods – the new species (Haplocampa wagnelli) has only slightly elongated antennae and legs and a thicker body. This is the reason why the researchers conclude that the species is not exclusively subterranean and is likely to also be present in soil habitats. On the other hand, its North American sister species seem to be even less adapted to life underground.

Interestingly, the scientists note close relationships between the genus (Haplocampa) of the new species and three others known from the two sides of the north Pacific Ocean: Pacificampa (Japanese Islands and the Korean Peninsula), Metriocampa (Siberia) and Eumesocampa (North America). According to the team, this is evidence for dispersal events where populations would cross over the old Bering Land Bridge, which used to connect America and Asia.

Furthermore, the new species is also one of the most northerly cave-adapted dipluran species, found at a latitude of 49º north. Some 26,500 years ago, its modern habitat would have been located underneath the Cordilleran Ice Sheet, part of the Late Wisconsinan North American ice sheet complex.