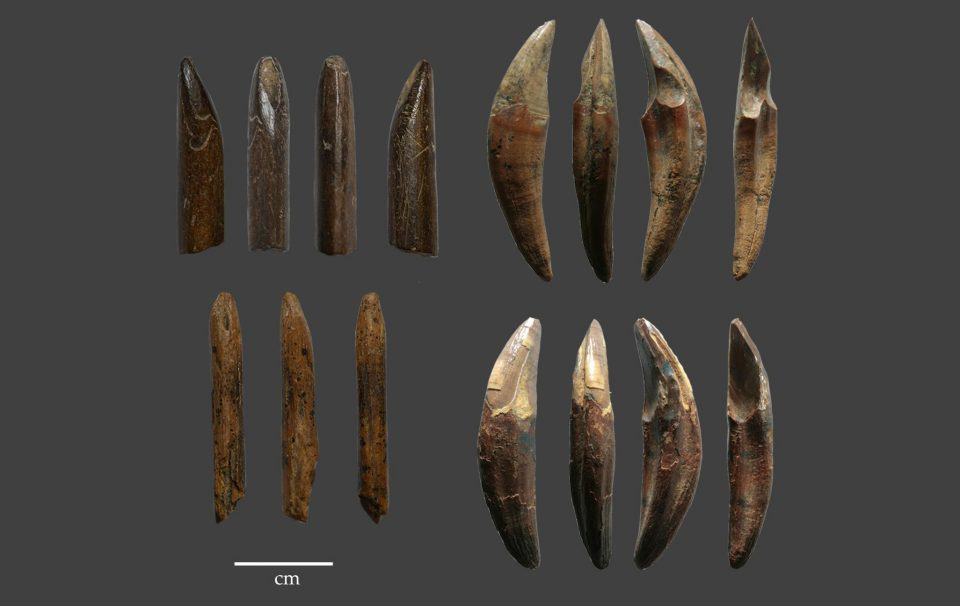 A multidisciplinary study has found evidence for humans hunting small mammals in the forests of Sri Lanka at least 45,000 years ago.

The researchers discovered the remains of small mammals, including primates, with evidence of cut-marks and burning at the oldest archaeological site occupied by humans in Sri Lanka, alongside sophisticated bone and stone tools. The hunting of such animals is an example of the uniquely human adaptability that allowed H. sapiens to rapidly colonize a series of extreme environments apparently untouched by its hominin relatives.

In a new paper published in Nature Communications, an international team of scientists has revealed novel evidence for the unique adaptability of Homo sapiens. The study, led by scientists from the Max Planck Institute for the Science of Human History, alongside colleagues from Sri Lankan and other international institutions, shows that human populations were able to specialize in the hunting of small arboreal animals for tens of thousands of years. This is the oldest and longest record of sophisticated, active primate hunting by foragers. This work also highlights the distinctive ecological capacities of H. sapiensrelative to its hominin ancestors and relatives.

Recent research has demonstrated that our species adapted to a diversity of extreme environments as they spread around the world, including deserts, high altitude settings, palaeoarctic conditions, and tropical forests. Previously, however, discussion of the migration of our species into Europe, the Middle East, and Asia has often focused on our increased efficiency in hunting, butchering, and consuming medium to large game in open ‘savanna’ settings. Alternatively, coastal settings have been seen as important sources of protein, stimulating human evolution and migration.

Tropical rainforests have been somewhat neglected in discussions of human migrations and dispersal. In public and academic perception, these environments are often seen as isolated barriers to human movement, with disease, dangerous animals, and limited resources all posing challenges. In particular, when compared to the large animals of open savannas, small, fast forest monkeys and squirrels are difficult to capture and provide smaller amounts of protein.

The procurement of small mammals has long been considered a feature of technological and behavioural ‘complexity’ or ‘modernity’ unique to our species. Previous research in Europe and West Asia has linked increased capture and consumption of agile small mammals both to human population growth and to climatically-driven crises. Traditionally, these have been considered to be particularly extreme ~20,000 years ago.

However, the onset and behavioural context of small mammal hunting in other parts of the world, particularly Asia, has remained poorly studied. This is particularly the case outside of temperate environments. “Over the last two decades, research has highlighted human occupation of tropical rainforests in South Asia, Southeast Asia, and Melanesia at least as early as 45,000 years ago, so the potential for human reliance on small mammals in these settings prior to 20,000 years ago seems likely,” says co-senior author Dr. Patrick Roberts of the Max Planck Institute for the Science of Human History.

Sri Lanka has been a prominent part of discussions of early human adaptations to tropical rainforests, though there has been a general lack of systematic, detailed analysis of animal remains associated with archaeological sites on the island. For the current study, the researchers produced new chronological information, analysis of animal remains, and studies of lithic and bone tool assemblages from Fa-Hien Lena Cave, the site of the earliest fossil and archaeological evidence of H. sapiens in Sri Lanka.

Together, the results of this new work demonstrate a highly tuned focus on monkey and other small mammal hunting over 45,000 years. A sustained focus on adult monkeys throughout this time period suggests that this strategy continued to be sustainable during this lengthy period and that the tropical rainforests were not over-taxed by human presence and practices.

“This ‘monkey menu’ was not a one-off, and the use of these difficult-to-catch resources is one more example of the behavioural and technological flexibility of H. sapiens,” says Prof. Michael Petraglia of the Max Planck Institute for the Science of Human History, a senior author of the study. Further detailed analysis of the tools and animal remains left behind by early members of our species promises to yield more insights into the variety of strategies that enabled H. sapiens to colonize the world’s continents and left us the last hominin standing.