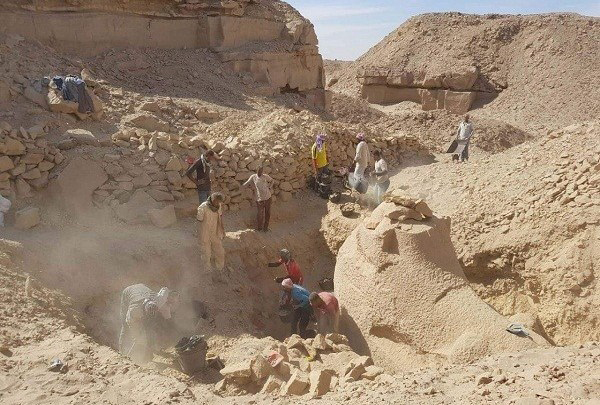 The context allows archaeologists to date the finds back to the era of Pharaoh Amenhotep III of the 18th Dynasty.

Abdel Moneim Saeed (Director General of Aswan and Nubia Antiquities) said that researchers also unearthed hundreds of fragments from a Naos of Amenhotep III (Naos E), all inscribed in hieroglyphs. They also found other fragments associated with the sculpture of a falcon. In addition, archaeologists retrieved parts of an obelisk, including its pyramidion, and a blank round-top stela.

Nilsson said that during excavations, the team also discovered a smaller piece, of another ram-headed sphinx; probably the work of an
apprentice.

The sculptures are roughly cut and had been prepared for transportation. They likely abandoned at Gebel el-Silsila as the larger sphinx broke. Since then, later Roman quarrying activity buried the sphinxes into the soil.