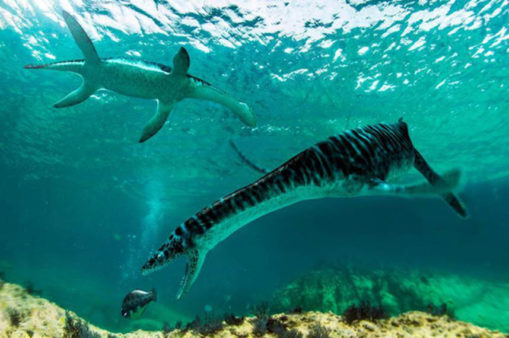 The leptocleididae, whose remains have been found for the first time on the Iberian Peninsula, were smaller plesiosaurs with shorter necks living in shallow waters. / José Antonio Peñas
- +
by Archaeology Newsroom
05 03 '19 10:36

A small plesiosaur lived in Spain 125 million years ago