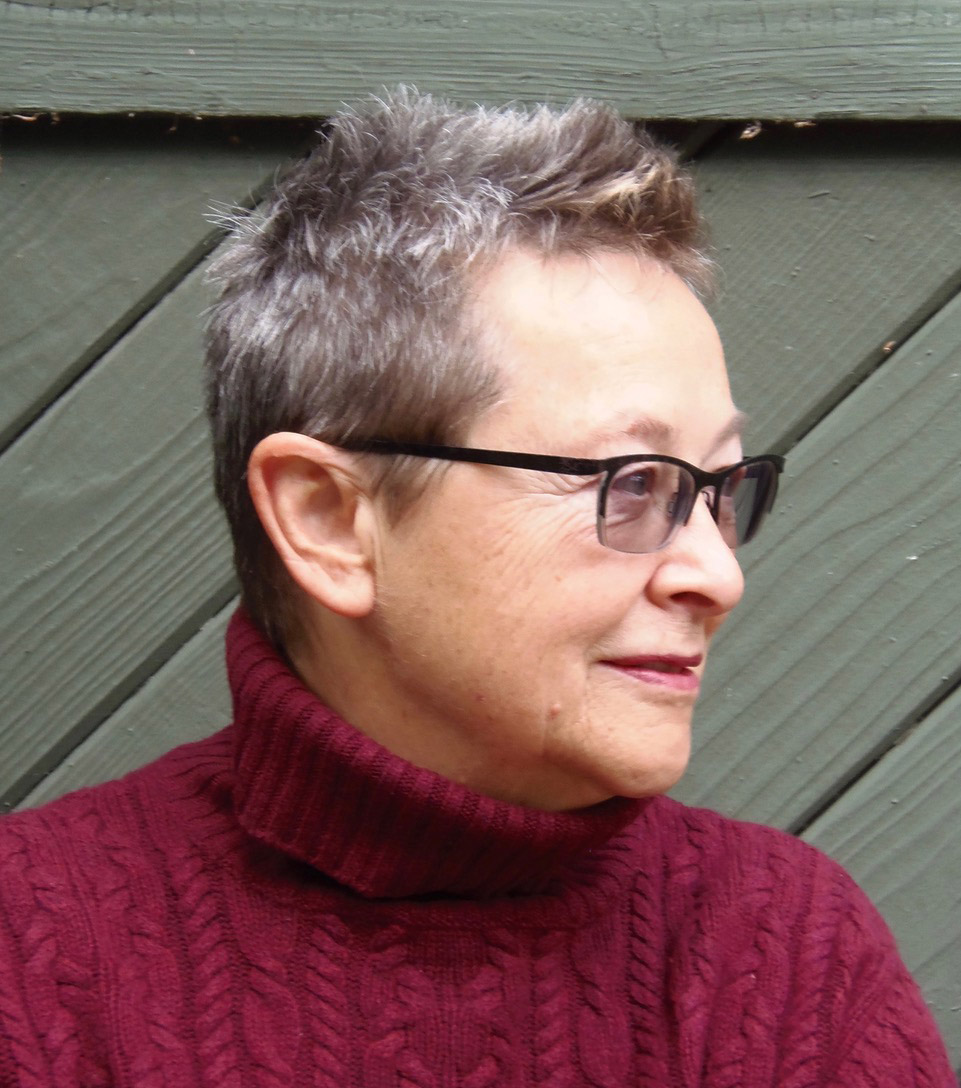 The roots of modern technological quests are in Greek myths

Who were the first to imagine robots and artificial intelligence? They were the ancient Greeks as well as other peoples of antiquity, as revealed in the research conducted by Adrienne Mayor, historian of ancient science and researcher at Stanford University, California. Studying ancient myths such as that of Talus the mythical guardian of Crete, A. Mayor came to very interesting conclusions which she recorded in her book Gods and Robots: Myths, Machines, and Ancient Dreams of Technology that came out recently in the USA.

The Athens and Macedonian News Agency and Eleni Markou talked to the scholar both about the origins of modern technological quests and the desire to create artificial life and about the needs that gave birth to them.

Q.: What led you to write the book Gods and Robots: Myths, Machines, and Ancient Dreams of Technology?

A.: I am a folklorist and historian of ancient science. All my books focus on searching for data on the first ‟scientific” impulses in classical antiquity. I believe that authentic knowledge and theories are incorporated in ancient myths and legends. Since 2006 I live and work in Silicon Valley, California, surrounded by innovations in robotics and artificial intelligence as well as other scientific advances. I am therefore very familiar with the wish nowadays to create artificial life; from robots and AI for improving and transcending nature, to reinforcing and increasing human strength and even attempting immortality. As a historian of science, it seems natural for me to explore just how deep the roots are of such attempts and desires.

For my book I asked: ‟Who was the first to imagine robots, human improvements and artificial intelligence?” Historians of science trace the first automated functions to the Middle Ages. But I wondered: is it conceivable that such ideas/concepts about self propelled machines,automata and other kinds of artificial life could have been objects of imagination long before technology made them possible? I discovered that already since the time of Homer, more than 2,500 years ago, Greek myths had ‟envisioned” methods of imitating, improving and transcending nature, in ways that the ancient Geek could have named bio-technia ( ‟life through craft”), in other words biotechnology. The unexpected fact that the quest for artificial life is so ancient and the way classical myths foresaw what for us today is so modern, made this project amazingly entertaining and satisfying

Q: In this book (not yet translated into Greek) you explore the way in which the ancient Greeks ‟envisioned” artificial life, both through mythology and through the designing of self propelled devices and robots mainly in the Hellenistic period. How do you think this ‟vision” started? In other words, which human need do you believe it served?

A: I believe that myths about automata and moving machines encouraged people in antiquity to allow their imagination to run free, by describing miracles and wonderful things made by Hephaestus god of inventions or Daedalus the brilliant craftsman, using the same familiar materials, tools and applications as ordinary blacksmiths and craftsmen on earth, but with extraordinary results. Ancient myths allowed humans to reflect on how someone could construct automata, moving devices, androids and automated machines provided he/she possessed divine powers and ingenuity. Another aim of the myths was for them to tell thrilling, important stories. Mythical narratives survive and are memorable if they are complex and of long term significance.

Greek myths about automata and artificial beings invite the people of both antiquity and today to think about the problems and dilemmas related to attempts to imitate or transcend nature. The myths could have inspired the real engineers and craftsmen to make genuine self propelling devices and mechanical constructions in the Hellenistic era. Alexandria with its great library and museum attracted many inventors who created a multitude of historical automata, moving objects, automatic theatres and other technical marvels. Once can admire working models based on these ancient designs at the ‟Kostas Kotsonas” Museum of Ancient Greek Technology in Kolonaki, Athens.

Q: Give us a few examples from Greek mythology that are concerned with such quests. Which is your favourite story?

Α.: My favourite example of a mythical automaton is Talus, the bronze giant made by the god Hephaestus to protect the kingdom of King Minos in Crete. The myth of Talus is very ancient and told by the poet Hesiod who lived about the time of Homer in 750-650 B.C. Talus is described as ‟constructed, not born”, a self propelled, metallic android. He circled the island three times a day. He was ‟programmed” to recognize ships approaching the island and could pick up boulders and aim them at the invaders. Talus could also heat up his bronze body and crush his enemies against his chest, roasting them alive.

Jason and the Argonauts encountered him during their quest for the Golden Fleece. Without the help of the clever sorceress Medea, they would have been Talus’ next victims. It is marvelous what the myth tells us about his internal functions. He had just one tube or artery which went from his head to his ankle. Instead of blood he ‟functioned” with ichor, the mysterious liquid of the gods. All of the giant’s system was sealed with a bronze nail on his ankle. So Talus was a kind of cyborg, a hybrid man and machine.

Fortunately for the Argonauts, Medea managed to destroy the bronze robot using persuasion and technology. Medea convinced Talus she could make him immortal, if he just let her pull out the bronze nail from his ankle. Talus agreed and Medea and Jason removed it to release his ‟liquid strength”. At least two ancient Greek vase paintings of the 5th c. BC depict Jason using a tool to remove this nail. So there can be no doubt that they imagined Talus as a product of technology. In the myth the bronze robot’s ichor flows like molten metal, while Talus leaps up and then collapses.

Q: What do we know about similar mythical or other quests among ancient peoples such as the Indians and Chinese?

A.: In ancient chronicles, epics and in the collections of oral traditions from China and India, there is evidence that people in Asia also wrote stories about the quest for artificial life, from searching for the source of youth to the creation of unbelievably life like automatons which were thought to be real men and women. My favourite example from Asia is the legend that says that after Buddha’s death, his remains were guarded by robotic warriors.

Q.: We are familiar with quite a few inventions in automation by the ancient Greeks, such as Filon’s robot maid, Heron’s cinematograph and Ctesibius’ automatic clock. Do you believe that inventions such as the above influenced subsequent technology or would you say that the vision of constructing automata is timeless?

Α.: The last chapter in my book analyses true ,historical inventions of mechanical miracles by Ctesibius, Filon and Heron, such as the servant androids that poured out wine, singing birds, moving forms of dragons and snakes and even monumental moving statues. The first model of a bird that could fly was invented by Archytas the Greek engineer and politician who was a friend of Plato’s. We cannot know with certainty, but the ancient myths of ‟science fiction” regarding self propelling devices and the automata of Hephaestus in Homer and Hesiod could have inspired the actual craftsmen who later created real wonders of technology in the Hellenistic era. Many of their machines represented mythical creatures.

Q.: Why has Hellenistic Alexandria been considered the first ‟Silicon Valley”?

A.: Alexandria was the centre of innovation and technical advances in the period following the death of Alexander the Great (323 BC) up to the Byzantine era. After the fall of the Roman Empire, the inventors’ work would have been lost but fortunately, a large part of this material was preserved by Arabs and Islamic scholars and engineers of the Middle Ages and in this way the designs of ancient Greek automata were revived and processed in Europe of that period.

Q.: You have also written The Amazons: Lives and Legends of Warrior Women across the Ancient World. What attracts you in ancient mythologies? Do you believe in the ‟hidden” history inherent in ancient myths?

A.: I believe that important ideas, observations, explanations and theories can be found in mythology and imaginary narratives. I therefore think it is worth exploring ancient myths to discover precious traces of scientific reality and historical truth incorporated in their stories.