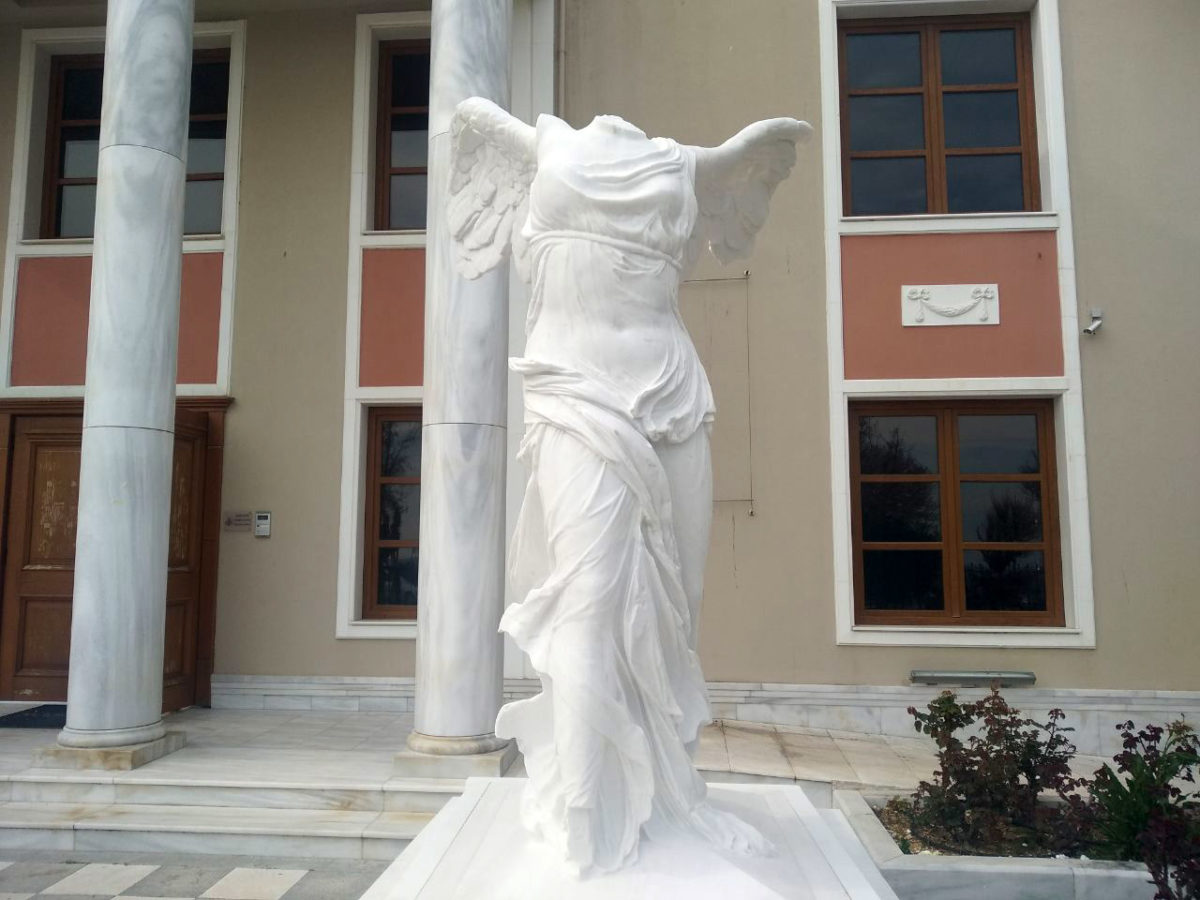 An exact replica of the imposing marble statue of the Nike of Samothrace which since 1884 promotes Greek culture across the world as one of the most impressive exhibits of the Louvre Museum, recently has pride of place on the coastal avenue of Alexandroupoli, a stopover, a few months before travelling to its ‟birth place” the island of Samothrace.

Efforts to have the statue returned to our country have been long standing, despite our lack of success so far. Deputy governor of the Evros region, Dimitris Petrovic, spoke to the Athens and Macedonian News Agency about how we arrived to the present day and about the making of this exact replica: ‟The idea of asking the Louvre Museum for a 3D file digitization used to create the exact replica came about in 2012, during our visit to Samothrace as regional advisors with the late George Pavlidis. When we visited the island’s museum, he expressed his dislike of the replica that was on display, which he said conveyed none of the aura of its original ″

‟The request to the Louvre for the acquisition of two certified exact replicas was sent shortly after George Pavlidis was elected regional governor of East Macedonia and Thrace and was accepted by the Museum under certain conditions”, adds the deputy governor of Evros.

The exact replica of the Nike of Samothrace was made of Thasos marble at a factory in Drama, its dimensions are identical to those of the original and weighs approximately 6.5 tons. ‟Elias Kyriakidis, owner of a very large marble company in Drama, offered to make the first statue using highly weather-resistant marble from Thasos and to donate it to the Region”, says Mr Petrovic, adding that ‟accuracy in its design required the use of a state of the art robotic machine which the company provided. Three months were needed to shape the statue’s general outline and its basic details on a block of marble weighing about 18 tons. Three more months were subsequently needed and two sculptors from the school of Tinos who carved the details, completing this exceptional work in the summer of 2018”.

Mr. Petrovic also referred to the ‟symbolic orientation of the statues”, since the statue to be placed in Alexandroupolis will ‟look” towards Samothrace and the one soon to be placed in the courtyard of the Samothrace museum will ‟look” in the direction of the Louvre museum, so as to demonstrate ‟our constant demand for the return of the Nike to its rightful place”, he says.

‟The company’s offer is invaluable, because it shows that there are true gentlemen in our country today setting an example, since this is our cultural heritage which we have an obligation to preserve, even through replicas… Of course, this does not cancel out our constant demand and wish for the return of the Nike to its rightful place”, concludes Mr. Petrovic.

According to Mr. Petrovic’s estimations, the marble statue will remain for the next few months in the courtyard of the Alexandroupolis Prefecture, on the coastal avenue, until a pedestal on which the Nike will be placed in Samothrace, is designed and created by the archaeological service.