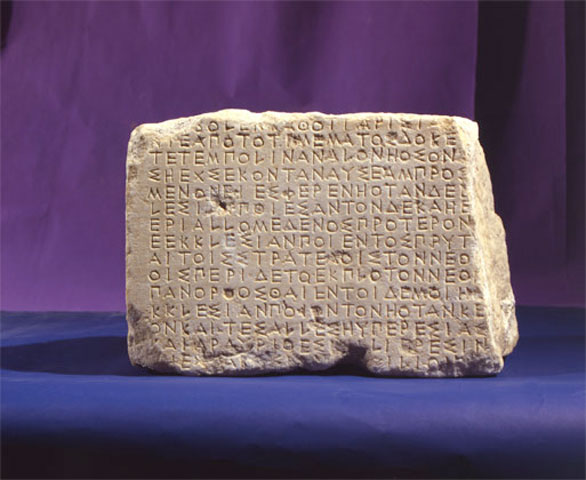 Ancient Greek and Latin to be intangible cultural heritage

A proposal for their registration in the UNESCO list

A French association asked for ancient languages to be registered in the list of UNESCO’s intangible cultural heritage, during a conference which was also attended by France’s minister of Education.

‟We consider it imperative to preserve the teaching of Latin and ancient Greek which are the foundations of the French language and European history” stated professor of archaeology Vincent Merkenbreack, head of the Human Hist. association.

The association submitted the request with a manifesto presented at the opening of the ‟2nd International Meeting of ancient languages”, a two day conference taking place in Autun. Participating in this meeting are 80 researchers and university professors from France and abroad. Discussions at some of the round tables are conducted in Latin or ancient Greek.

‟It is also an opportunity to demonstrate to the public the importance and vitality of ancient languages”, added professor Merkenbreack.

Also present at the conference was the Minister of French National Education Jean-Michel Blanquer who described the manifesto of Human-Hist. as ‟emblematic and fundamental” in defending ancient languages that are ‟the living sap of our own language”.

‟Greek and Latin are neither antiquated nor elitist languages and we must promote them” added the minister, expressing his support for teachers who ‟communicate values”.

Andre, a 13 year old student attending the conference, said that he loves Latin and Greek because they help him ‟get to know the past, understand the present and explain the future”.

The presentation of the manifesto at Autun, ancient Augustodunum, was not accidental: Latin and ancient Greek have been taught in this town uninterruptedly for 2000 years, as professor Merkenbreack explained. This fact is proved by the recent discovery of the School of Law and Letters (Ecoles Meniennes) established in the 1st century A.D. and considered the ‟largest university of Roman Gaul”, noted the archaeologist.