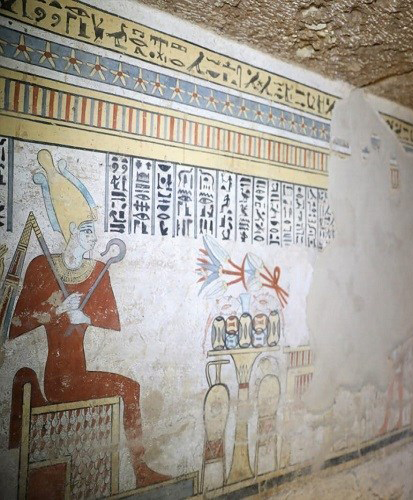 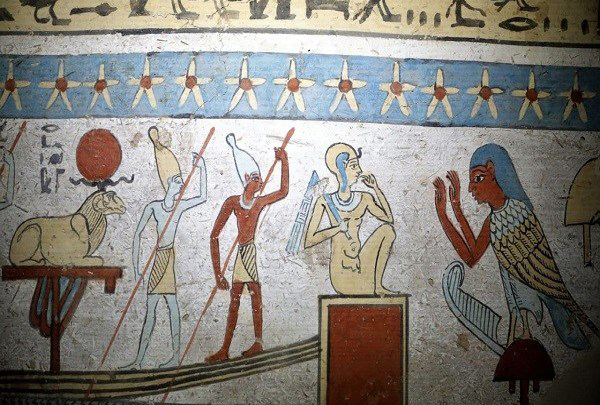 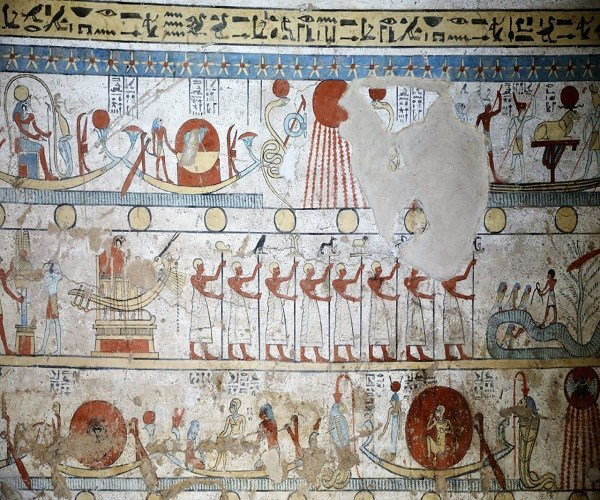 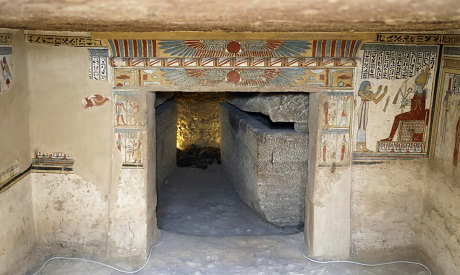 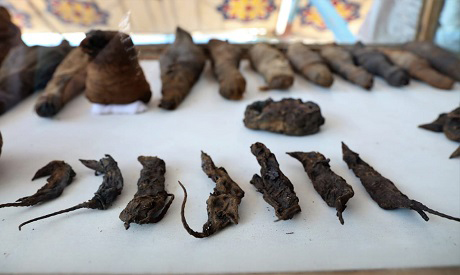 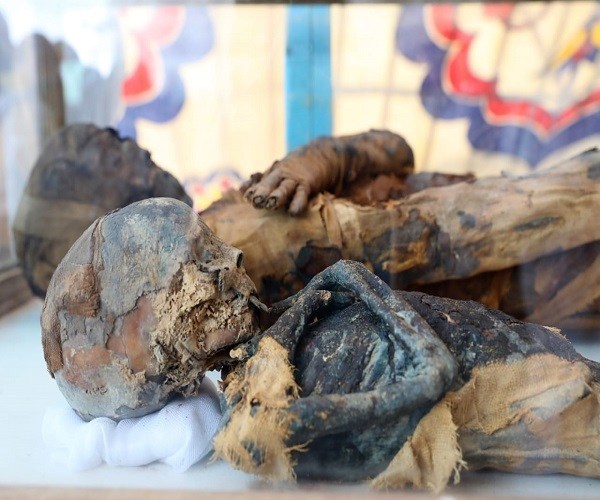 An exceptionally well-preserved and finely painted Ptolemaic-era tomb of a nobleman called Toutou and his wife was unveiled at the Al-Dayabat archaeological site near the Egyptian town of Sohag last October. The discovery was officially announced on Friday.

The tomb dates back more than 2,000 years and contains dozens of animals (including mice and falcons) and two mummies.

The tomb was located after Egyptian authorities found smugglers digging illegally for artefacts. The looters were arrested and the Ministry of Antiquities assigned an archaeological mission to start excavations.

The tomb consists of a central lobby and a burial room with two limestone sarcophagi. The lobby is divided in two.

The wall paintings of the tomb show funeral processions and images of the tomb’s owner working in the fields, as well as his family genealogy written in hieroglyphics. “It shows images of the owner of the burial room, Tutu, giving and receiving gifts before different gods and goddesses,” Mostafa Waziri, Secretary General of Egypt’s Supreme Council of Antiquities said. “We see the same thing for his wife, Ta-Shirit-Iziz, with the difference that [we see] verses from a book, the book of the afterlife.”

Waziri described the find as a “beautiful, colorful tomb”. He said it was one of the most exciting discoveries ever in the area.

Outside the shallow burial chamber two mummies were on display belonging to a 35-50-year-old woman and a 12-14-year-old boy. The were buried there along with more than 50 mummified mice, cats and falcons.