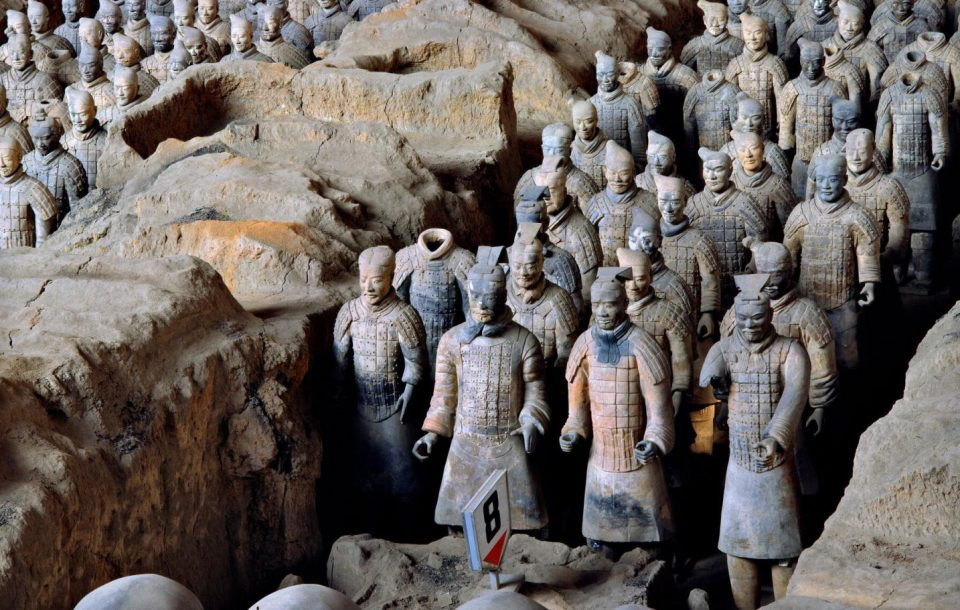 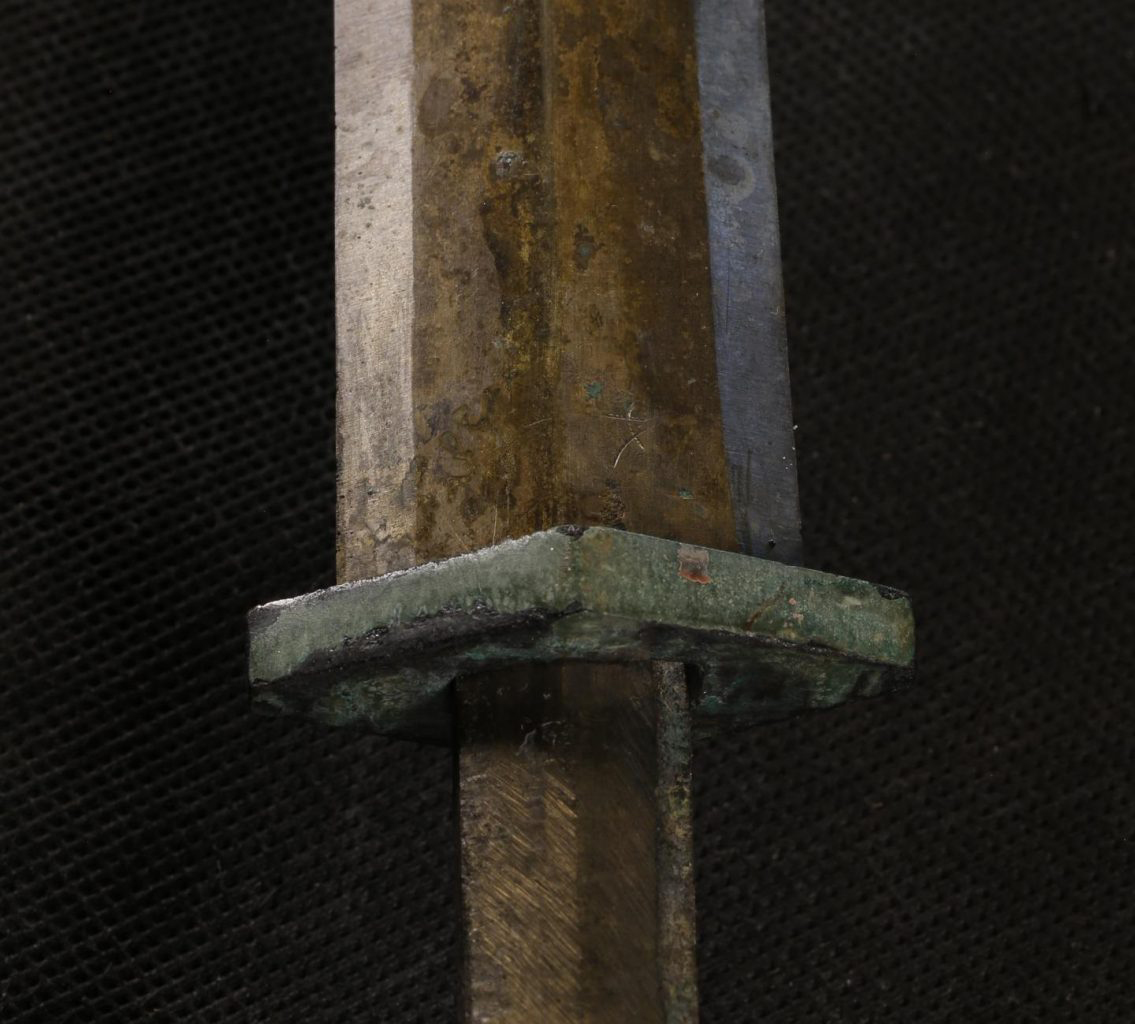 The chrome plating on the Terracotta Army bronze weapons – once thought to be the earliest form of anti-rust technology – derives from a decorative varnish rather than a preservation technique, finds a new study co-led by UCL and Terracotta Army Museum researchers.

The study, published today in Scientific Reports, reveals that the chemical composition and characteristics of the surrounding soil, rather than chromium, may be responsible for the weapons’ famous preservation power.

Lead author Professor Marcos Martinón-Torres (University of Cambridge and formerly of UCL Institute of Archaeology), commented: “The terracotta warriors and most organic materials of the mausoleum were coated with protective layers of lacquer before being painted with pigments – but interestingly, not the bronze weapons.”

“We found a substantial chromium content in the lacquer, but only a trace of chromium in the nearby pigments and soil – possibly contamination. The highest traces of chromium found on bronzes are always on weapon parts directly associated to now-decayed organic elements, such as lance shafts and sword grips made of wood and bamboo, which would also have had a lacquer coating. Clearly, the lacquer is the unintended source of the chromium on the bronzes – and not an ancient anti-rust treatment.”

The world-famous Terracotta Army of Xi’an consists of thousands of life-sized ceramic figures representing warriors, stationed in three large pits within the mausoleum of Qin Shihuang (259-210 BC), the first emperor of a unified China.

These warriors were armed with fully functional bronze weapons; dozens of spears, lances, hooks, swords, crossbow triggers and as many as 40,000 arrow heads have all been recovered. Although the original organic components of the weapons such as the wooden shafts, quivers and scabbards have mostly decayed over the past 2,000 years, the bronze components remain in remarkably good condition.

Since the first excavations of the Terracotta Army in the 1970s, researchers have suggested that the impeccable state of preservation seen on the bronze weapons must be as a result of the Qin weapon makers developing a unique method of preventing metal corrosion.

Traces of chromium detected on the surface of the bronze weapons gave rise to the belief that Qin craftspeople invented a precedent to the chromate conversion coating technology, a technique only patented in the early 20th century and still in use today. The story has been cited in some books and media.

Now an international team of researchers show that the chromium found on the bronze surfaces is simply contamination from lacquer present in adjacent objects, and not the result of an ancient technology. The researchers also suggest that the excellent preservation of the bronze weapons may have been helped by the moderately alkaline pH, small particle size and low organic content of the surrounding soil.

Dr Xiuzhen Li (UCL Institute of Archaeology and Terracotta Army Museum), co-author of the study, said: “Some of the bronze weapons, particular swords, lances and halberds, display shiny almost pristine surfaces and sharp blades after 2,000 years buried with the Terracotta Army. One hypothesis for this was that Qin weapon-makers could have utilised some kind of anti-rust technology due to chromium detected on the surface of the weapons. However, the preservation of the weapons has continued to perplex scientists for more than forty years.

“The high-tin composition of the bronze, quenching technique, and the particular nature of the local soil go some way to explain their remarkable preservation but it is still possible that the Qin Dynasty developed a mysterious technological process and this deserves further investigation.”

By analysing hundreds of artefacts, researchers also found that many of the best preserved bronze weapons did not have any surface chromium. To investigate the reasons for their still-excellent preservation, they simulated the weathering of replica bronzes in an environmental chamber. Bronzes buried in Xi’an soil remained almost pristine after four months of extreme temperature and humidity, in contrast to the severe corrosion of the bronzes buried for comparison in British soil.

“It is striking how many important, detailed insights can be recovered via the evidence of both the natural materials and complex artificial recipes found across the mausoleum complex –bronze, clay, wood, lacquer and pigments to name but a few. These materials provide complementary storylines in a bigger tale of craft production strategies at the dawn of China’s first empire,” said co-author, Professor Andrew Bevan (UCL Institute of Archaeology).

Professor Thilo Rehren (The Cyprus Institute and UCL Institute of Archaeology), stressed the importance of long-term collaboration. “We started this research more than 10 years ago between UCL and the museum. Only through the persistence, trusting cooperation and out-of-the-box thinking of colleagues in China and Britain were we able to solve this decade-old mystery.”